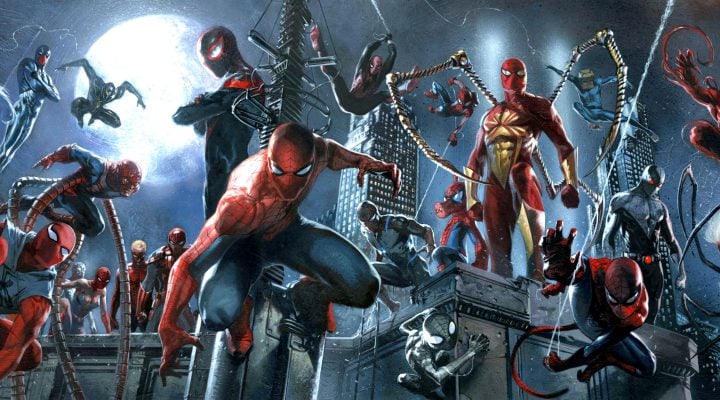 Okay, first let’s get you up to speed on the tangled Spider-Verse plotline.

This is a theme that’s been running through the Marvel comics during 2014, which involves an ancient, evil, energy vampire-type-thing called Morlun (and his similarly evil family), who for various difficult-to-fathom reasons have decided to not only kill Spider-Man, but to kill all the Spider-Men who’ve ever existed in the past, present, future and across parallel dimensions. Seriously, you might think you don’t like spiders, but these nut jobs really hate them. 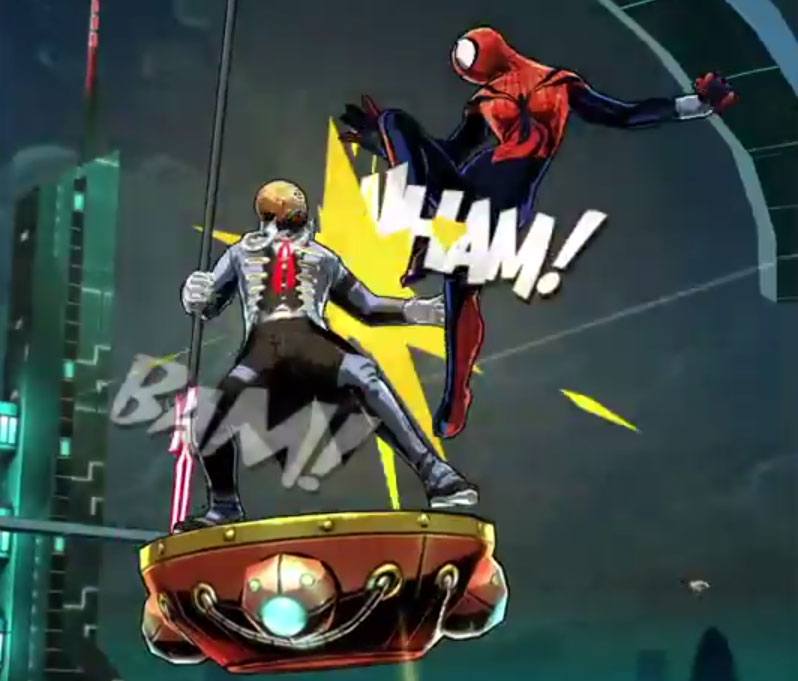 In the Spider-Verse storyline, all the Spider-Men (called “totems,” being that they’re a bridge between man and beast (yeah, I don’t really understand either)) must fight together to stop Morlun and his kin again. And again, and again. To keep track of all this, you need to buy multiple Spider-Man comics each week and try to decipher which order to read them in. Most likely no one has managed to actually follow the entire Spider-Verse events in any kind of chronological (or just logical) order. But apparently it sells comic books.

Gameloft has been recruited into this tangled web of confused, creepy-crawly storylines and is bringing elements of the Spider-Verse to its infinite runner Spider-Man Unlimited. This update to the free-to-play Spidey game will add eight new characters from the Spider-Verse story to the existing roster of wall crawlers, and will pull in “progressive narrative-focused events” that tie the game and the confusing comic book saga together.

The update, called The Great Hunt, pits the various Web Heads against Morlun and The Inheritors, and includes a trip to the future as you run, swing and fight in Spider-Man 2099’s world. It’s a free update, and is being pegged as the first Spider-Verse update with an option coming soon that’ll allow you to vote on which wall crawlers will be featured next time, so expect more pan-dimensional Spider-People swinging into Spider-Man Unlimited soon.

Dragons: Rise of Berk Gets Combat in New Update