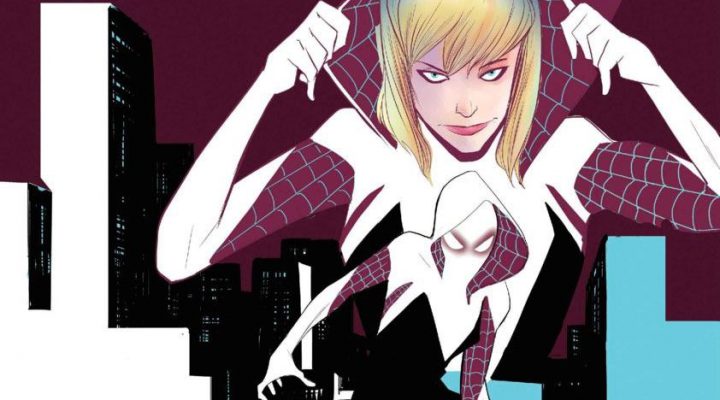 Sorry. Thanks for letting me get that out of my system. It’s just hard to not be excited when one of the coolest new characters in comics gets added to a related mobile game so quickly.

What am I talking about? There’s a pretty big Spider-Man event underway in the comics called Spider-Verse, in which different versions of Spider-Man from different dimensions are all coming together to fight a common threat. And one of those Spider-Men – the most popular of the bunch so far – is none other than Gwen Stacy, aka Spider-Man’s long-time love interest who died at the hands of the Green Goblin way back in 1973.

And now Spider-Gwen is a playable character in Spider-Man Unlimited!

Much to our surprise, this isn’t even the item the latest update is built around – it’s merely a bonus. Gameloft’s first real update to Spider-Man Unlimited adds 25 new missions focused on Sandman, a Jack O’Lantern Halloween event, and a new environment based on New York City’s Highline.

In addition to Spider-Gwen, you’ll also get to play as Spider-Girl and Spider-Man 2099 – all of which is meant to pave the way for more Spider-Verse content soon.

What are you waiting for, webheads? If you’ve put this one on the shelf, it’s time to take it back off.

Need some help grinding your way to earning new Spider-Friends? Be sure to read Gamezebo’s Spider-Man Unlimited Tips, Cheats and Strategies.

Melissa Etheridge Has Her Own Mobile Game, Because Why Not?