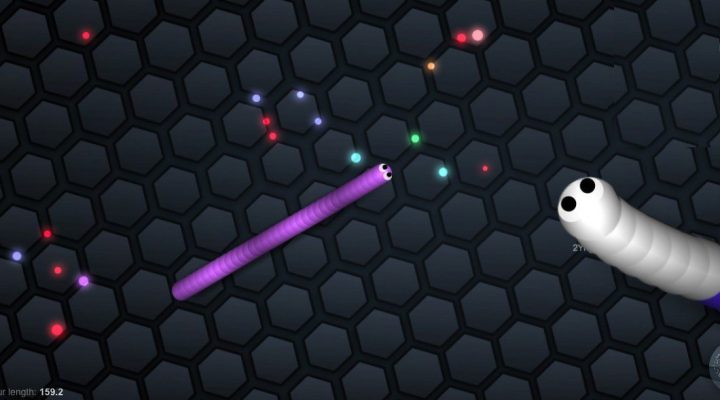 From the top of the charts to House of Cards, Agar.io has earned a lot of attention for its simple concept: eat up little guys and get huge before someone bigger eats you first. It’s easy to start playing but even easier to die before you get going because of its defining mechanic: someone bigger can always eat you and you have no defense.

Slither.io is a popular new game that feels a lot like Agar.io with one major difference: instead of eating smaller guys or being eaten by larger ones, you must avoid everyone. Your goal as a small worm in the drifting waters is still to “get huge” by eating glowing food bits scattered around you. Other worms are also snatching up all the food they can, but even when you’re small, you still have power. If your head makes contact with another worm’s body, you will die and turn into more powerful food for the players nearby. It is this mechanic that is the great equalizer of Slither.io. Small worms can dodge in front of large worms, killing them, and eating up their remains for more power. 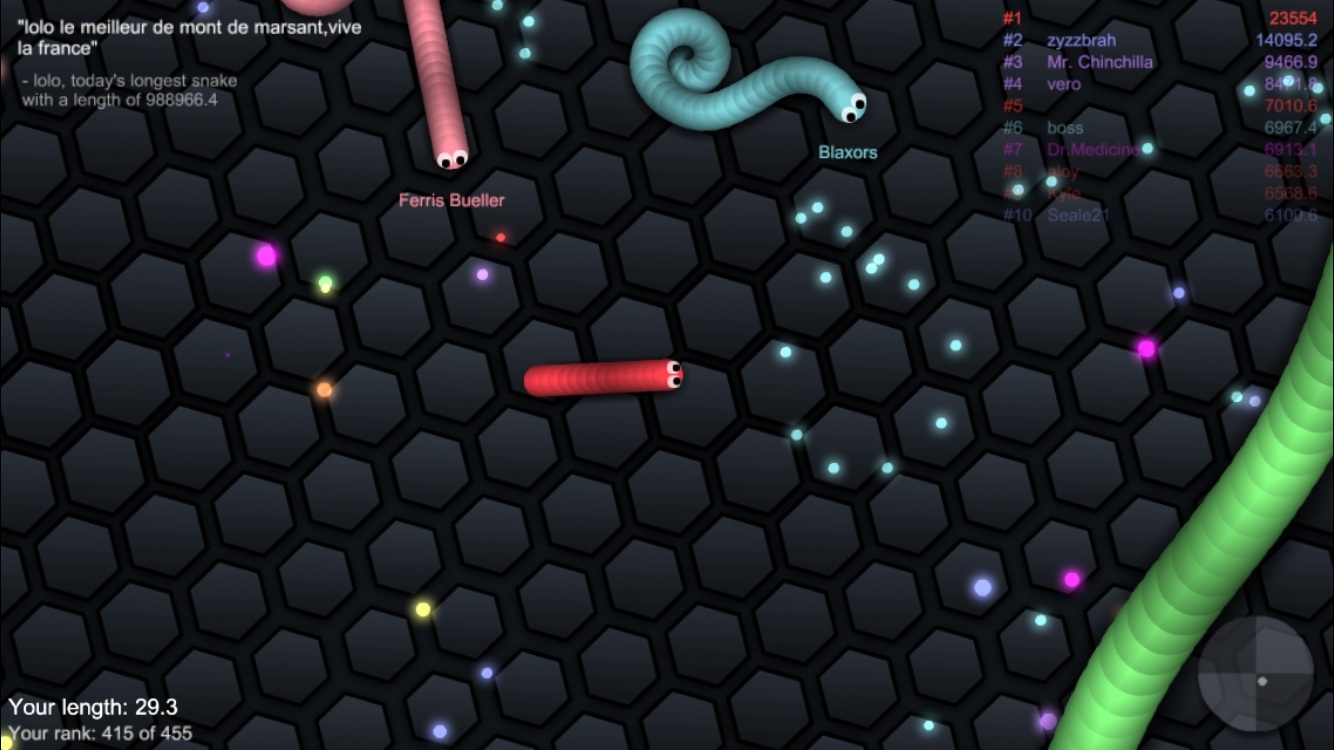 I found Slither.io far more interesting than Agar.io because it requires negotiating and guiding an ever-growing languid body rather than just a flat circle. The feeling of an increasingly long body mass to control is reminiscent of Snake, but you don’t have to worry about hitting your own body. There is a noticeable drag when you turn through the water which can be frustrating as you try to dodge other worms; but holding down will give you a boost to snatch up some food or quickly get out of the way.

The dark environment with neon worms has a retro arcade feel which is far more compelling than the primary color cutouts of Agar.io. If you’re squeamish about enormous worms, snakes, or larvae of any kind, I recommend avoiding Slither.io. But if you don’t mind the serpentine kind, it’s worth a try. Slither.io is free to play on the App Store and Google Play.

Hex Crush! Is an Endless Puzzler with a Fresh Angle