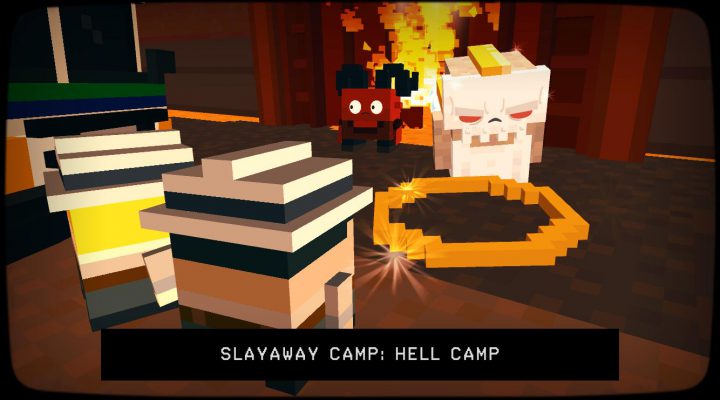 We fell in love with Slayaway Camp when it launched on Valentine’s Day earlier this year, bringing with it the perfect combination of horror/slasher film gore and sliding puzzles that were as devilishly devious as star killer Skullface himself. The game launched with shelves full of “movies” containing on average a dozen levels each, providing plenty of chances for players to slide their way to helpless victims and unleash a variety of killer moves ranging from tossing them in a wood chipper to impaling them with knitting needles.

Developer Blue Wizard Digital has generously provided a free killer every month since release, keeping the terrifying faces of Slayaway Camp fresh and letting players take on the role of maniacs such as the Gelatinous Cube and the renegade version of voice actor Mark Meer. 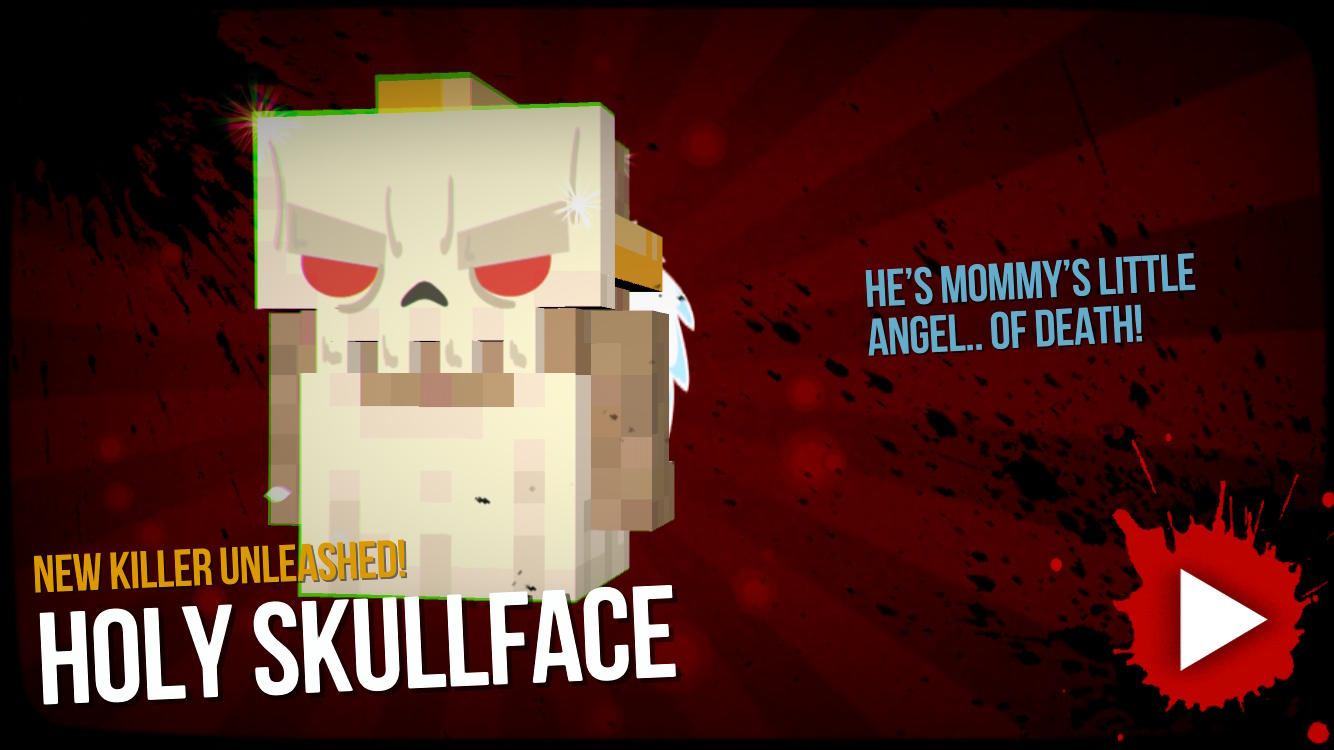 If that wasn’t enough, Blue Wizard has just released an entirely new movie and set of levels for Slayaway Camp players—and it’s completely free. Hell Camp contains ten additional stages and stars the new killer Holy Skullface, whose angelic special kill sees him descend from the heavens to drown his victim in a tub of holy water.

Hell Camp will unlock automatically as soon as you’ve finished the third movie in the game (“Slaway Camp 2.5: Another Return to Slayaway Camp”) after downloading the update. It features puzzle elements from a number of the previous movies, including escaping kittens, SWAT lasers, and electrified walls, all culminating in a final boss stage that, as the developer eloquently explains, takes place in “the poorly decorated bedroom of Satan himself.” 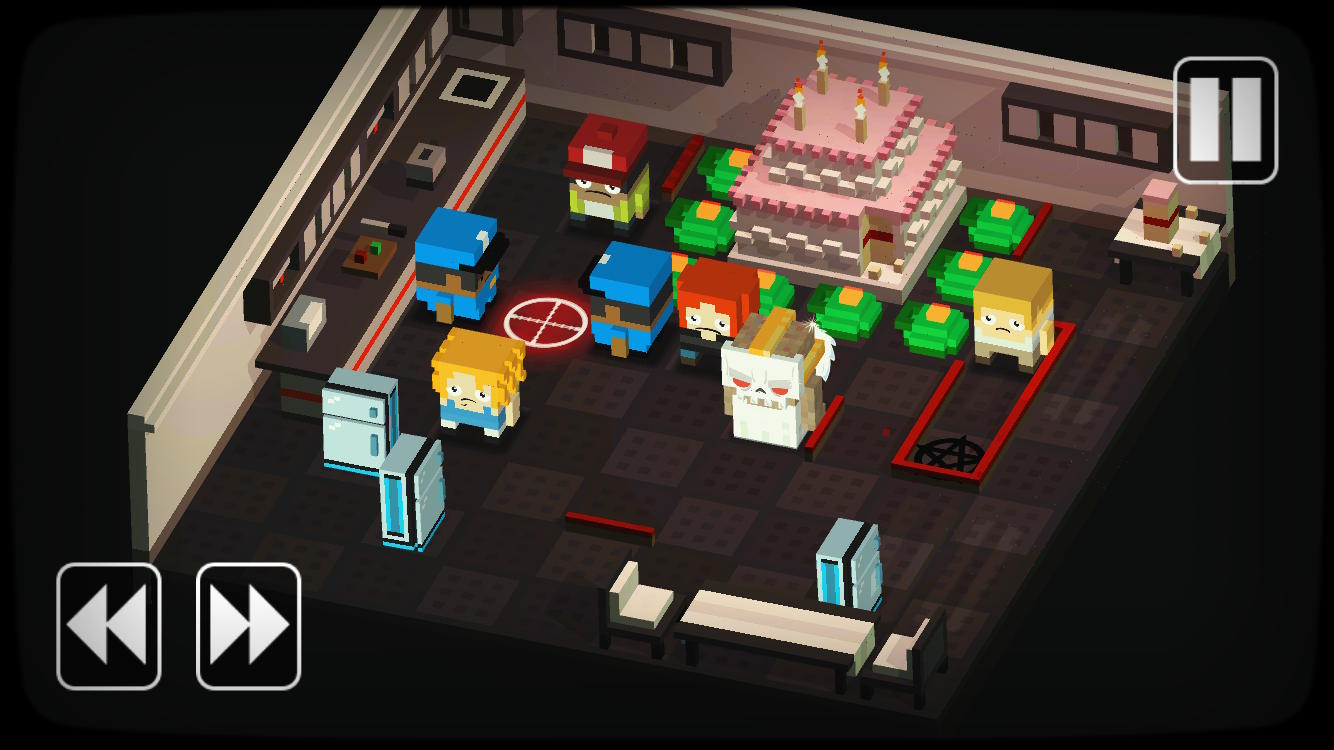 Along with Holy Skullface and Hell Camp, three new standalone killers are now available in-game as well: Alien Beast and Pumpkinface have been added to the Mystery Box that lets you pull random killers for 1,000 coins apiece. The third killer, TapeHead, can be snagged by inputting the Killer Kode “slashback” in the menu. He was created in honor of the “‘Slashback Video’ Horror Movie Art Gallery + VHS Video Store installation” in Burbank, CA.

On top of all this, another new killer will be available via the Monthly Murderer just next week, and Blue Wizard has hinted that it will be related to Stranger Things. You can sign up to receive the Monthly Murderer newsletter and Killer Kode at the Slayaway Camp website.