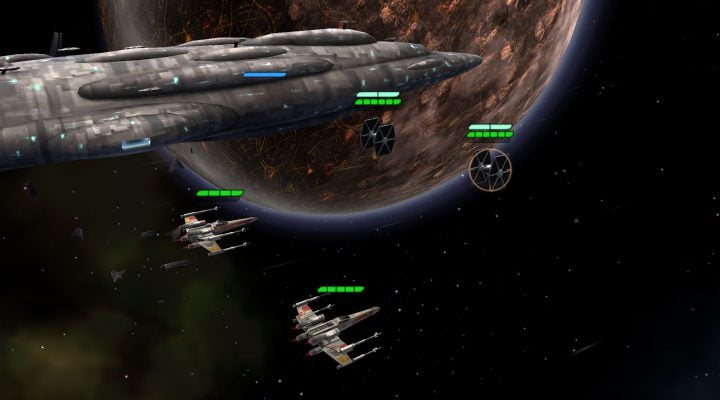 There are some pretty talented pilots in Star Wars: Galaxy of Heroes, including Luke Skywalker, Han Solo and Rey (last name still unknown), just to name a few. Problem: Until now, they’ve had nothing to fly, meaning their abilities at the controls of a starfighter were useless.

The latest update to Galaxy of Heroes offers the best possible solution. While ships have been hinted at since all the way back when the game first launched, they’ve finally arrived in style. Available for both the Light and Dark sides, ships essentially provide a whole new mode that features squads of starfighters doing battle while supported by powerful capital ships.

You can start your collection of ships immediately, but naturally, there’s a little work to do first. It’s the fun kind of work though, as it involves playing through a series of Fleet Commander Training Events that introduce space combat while unlocking a few ships and their crew members as you go. 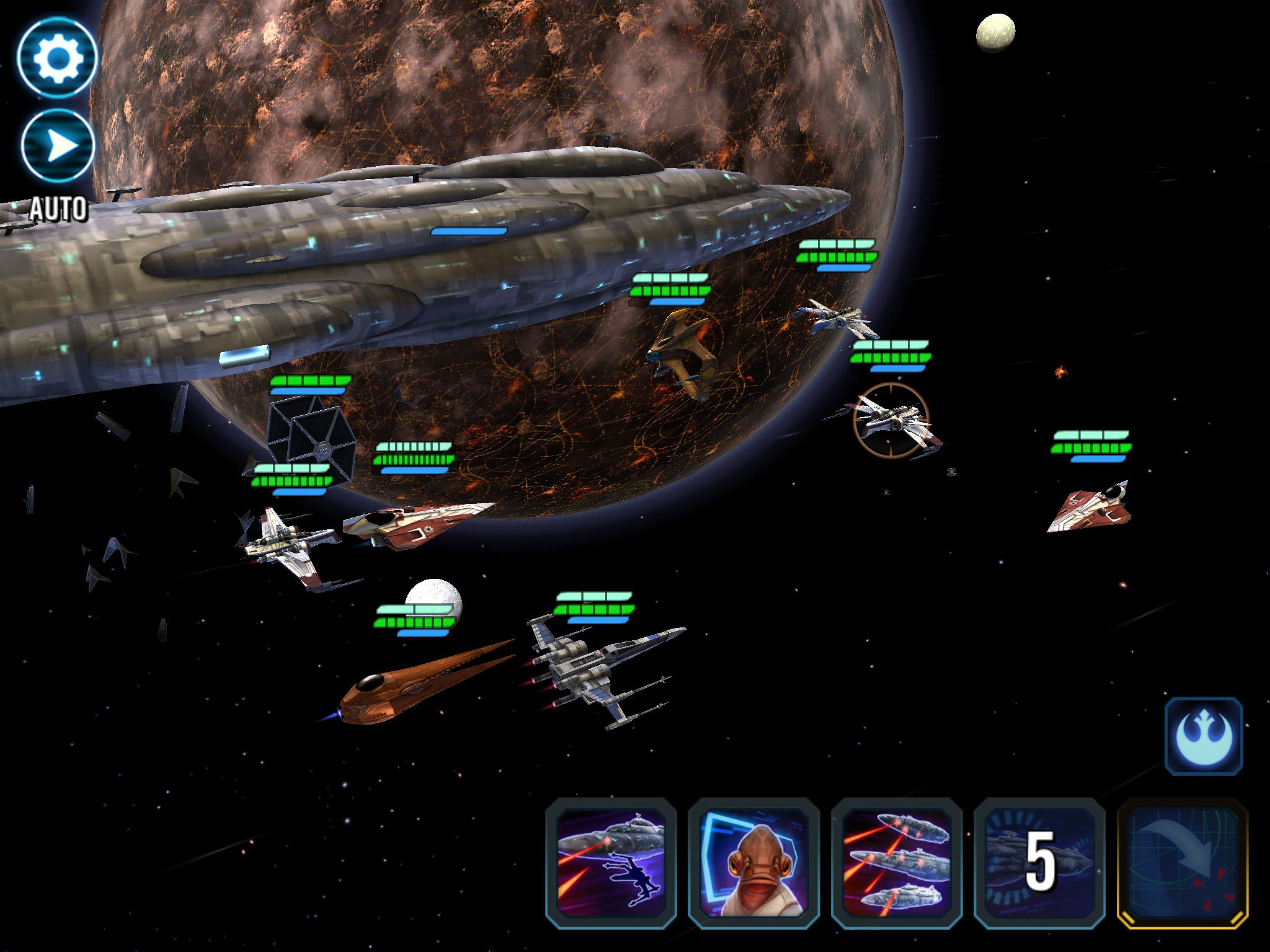 You read that right: crew members. In addition to assembling ships by gathering the proper number of blueprints — which fill the same role that shards do for characters — you also need the correct character to go with that ship before you can put it to use. Happily, the Fleet Commander Training battles give you all the shards and blueprints you need to have several capital ships and a full squad of starfighters at your disposal. And while they get increasingly difficult, regular Star Wars: Galaxy of Heroes players should have no problem sweeping through all of them in short order.

The gameplay mechanics of ship battles are very similar to the ones you know from ground combat, with each ship sporting most of the same meters and able to use a variety of abilities on cooldown timers. Your capital ship comes into play using direct attacks and abilities of its own, some of which have the potential to be instant tide-turners. 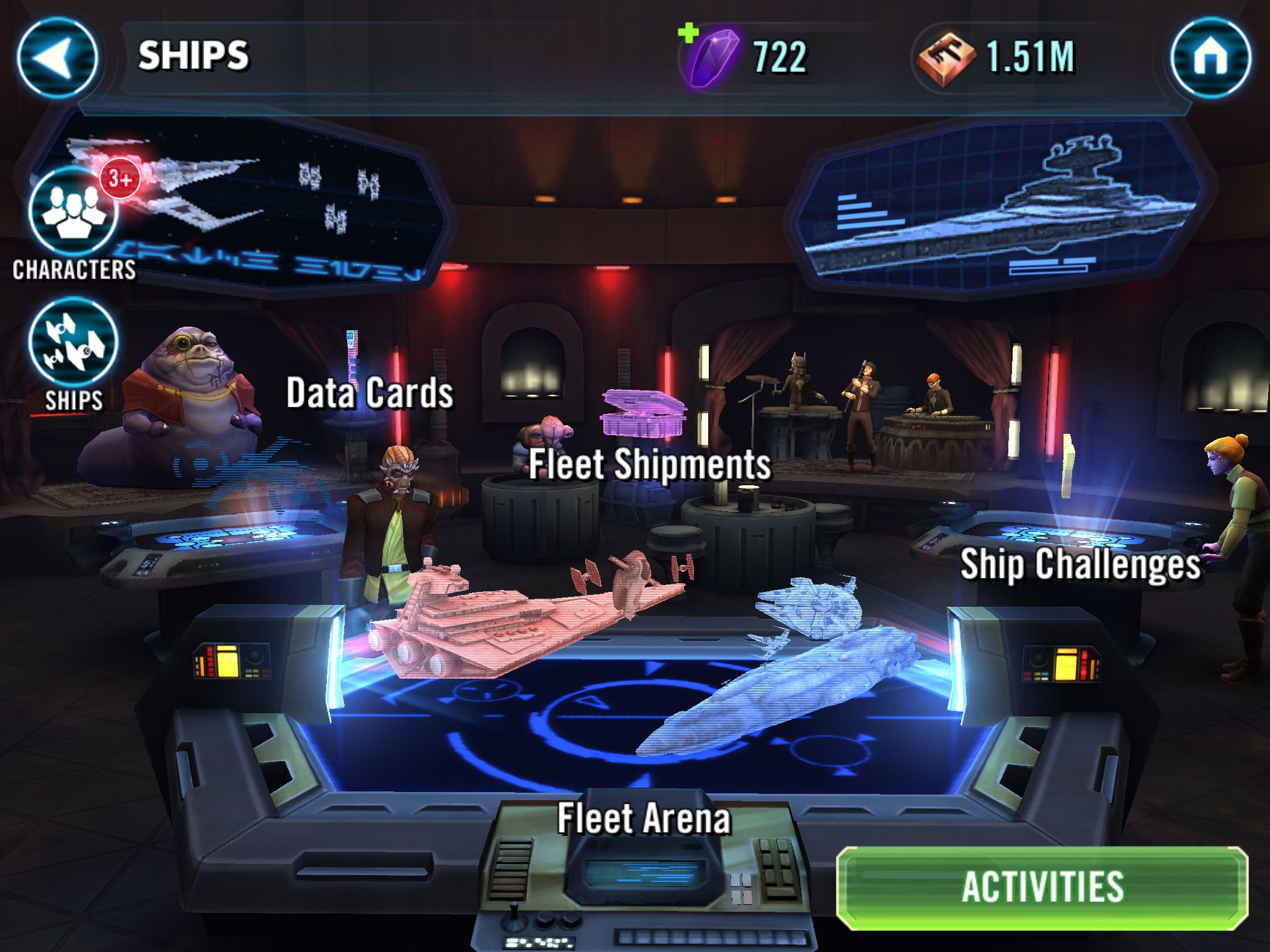 Between fights, you can enhance the power of your fleet in much the same way you would your characters, except that ships have their own enhancement droids to level them up. The assigned crew member also adds to the power of its ship, so the idea is to level up both pilot and vehicle as much as possible for best results. The in-game store now helpfully supplies Data Cards that can yield blueprints and enhancement droids to aid in your efforts.

The upshot of all this new goodness is that you’ll eventually unlock the ‘Ships’ section of the cantina and be able to take part in Ship Challenges and the Fleet Arena. It wouldn’t be much of a space opera without the space part, and Star Wars: Galaxy of Heroes has finally delivered that. Happy flying!

Pokemon GO Update Breaks Out the Nerfs and Buffs