Home / Play / Shifter! Is a Puzzle Game That Changes Your World

Shifter! Is a Puzzle Game That Changes Your World 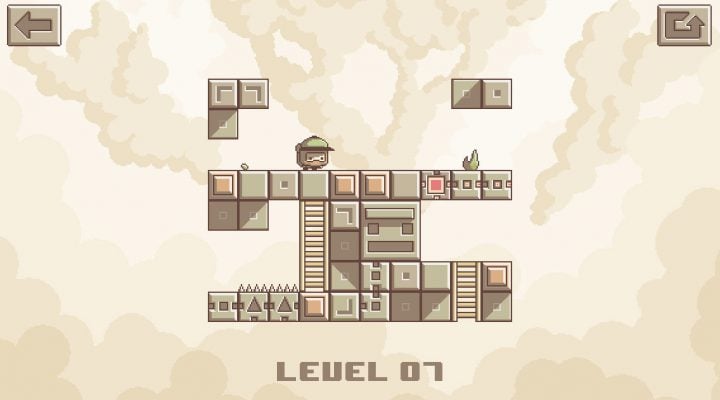 Shifter! is a game featuring a series of puzzles that are located high in the sky. Its protagonist is a tiny bearded man who shuffles across this eerie landscape as he triggers switches that open up strange-looking door-mouths that teleport him to the next area — which is also inexplicably floating in mid-air.

That’s not bad, mind you. Shifter! is a low-key puzzle game that’s nevertheless memorable for a few good reasons. Its simple sprite-based graphics resemble Nitrome’s work (albeit on purpose — Shifter’s developer, Artem Cheranev, is reportedly a big fan of the studio’s output), its signature tune contains a duo between a bell and a piano that’s very soothing, and its core gameplay involves shifting the world around you to better suit your puzzle-solving needs. 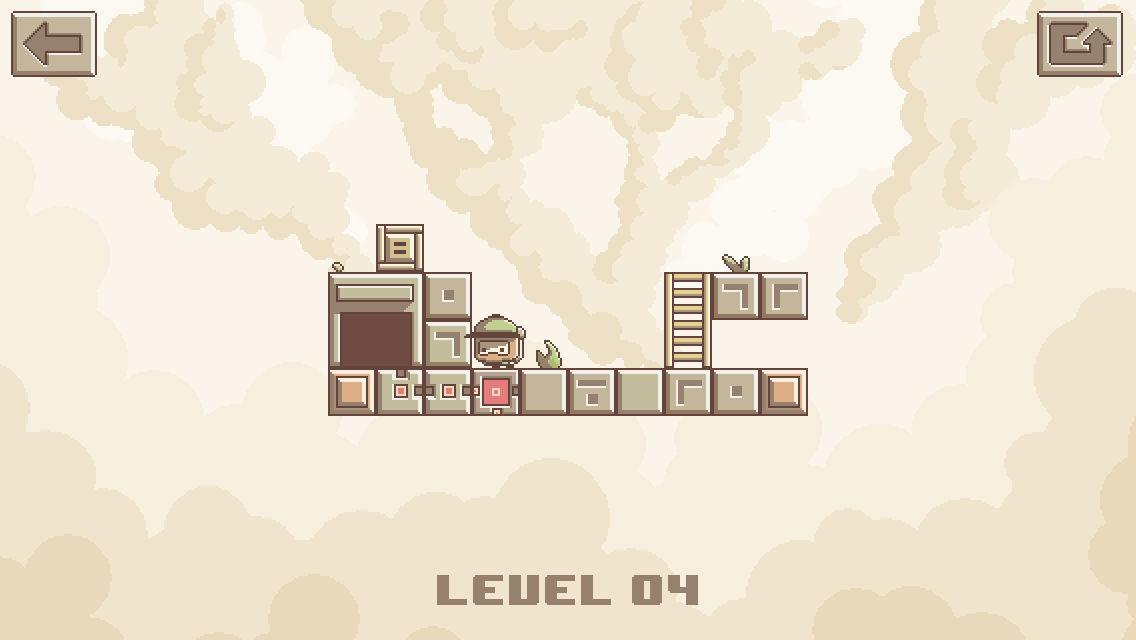 When you zoom in on Shifter!, the world comes apart. While the pieces are in limbo, you can switch them around and make inaccessible areas traversable. For example, if a ladder is in two pieces, you can try switching things around until that ladder is whole.

Getting to and fro in Shifter! is a little more complicated than merely assembling ladders, however. Opening a level’s exit often requires hitting buttons and connecting energy circuits while avoiding traps and pitfalls. Your little avatar dude can’t jump, so progression requires foresight and cleverness.

Shifter!’s quiet presentation isn’t mind-blowing, but that doesn’t mean this unique puzzle game is undeserving of your attention. If you have a thing for puzzles and action melded together, make sure to give it a glance.