Seattle Seahawks’ Richard Sherman Has His Own Mobile Word Game 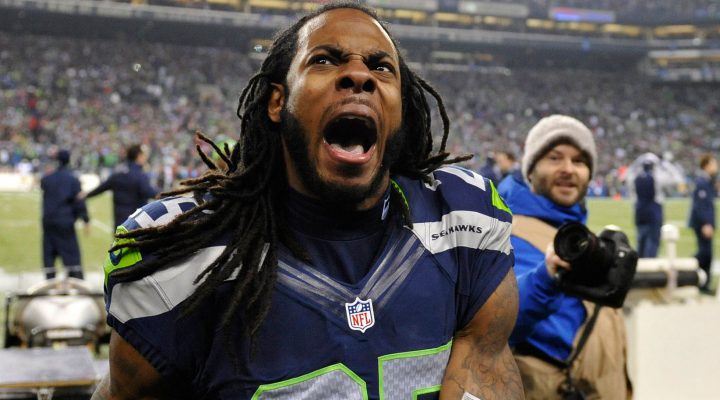 Richard Sherman is known for shutting down opposing receivers on the field and not often shutting up when he’s not in uniform. That makes it strangely appropriate that he’s got his own iOS mobile game out right now called Letters of Boom — a play on the nickname of the Seattle Seahawks’ secondary, the Legion of Boom (which is in itself a play on something, but we’ll just end it there).

The launch trailer for Letters of Boom describes the gameplay thusly: Spell words. Blow stuff up. Repeat. Maybe that second part is in there as a tribute to his hard-hitting teammates Earl Thomas and Kam Chancellor.

It also sounds like Sherman, or his voice, at least, plays an active role in the game by encouraging and/or taunting you as you try to spell words and go for higher scores. Before you do an eye-roll about a football player matching letters with you, it’s worth remembering that Sherman attended Stanford and has so far managed to avoid the Madden Curse, both impressive achievements in their own right.

In any case, be sure to check out that trailer for some “Shermanisms,” and hit the App Store if you need this on your iPhone.

Peggle Blast is Out Now on iOS, Android

The Witcher Gets a Smartphone & Board Game Twist