Home / Play / RPS.io is a Handsy Twist on the Survival Battle Arena 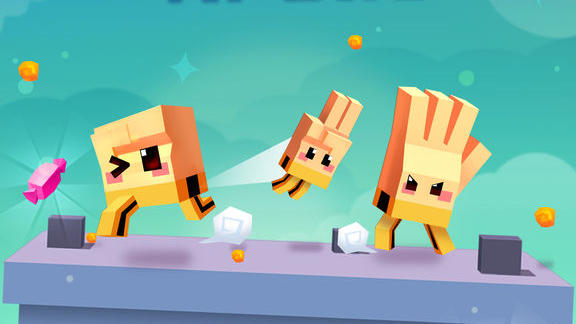 After Agar.io took off on browsers and then mobile, the .io “genre” exploded into a frenzy of variations available for fans to choose from. While all of the .io games share a self-contained arena filled with online opponents aiming to beat each other to the top of the leaderboards, the best entries put unique spins on Agar.io’s “big fish eat the little ones” formula. Paper.io challenges players to fill in sections of the room with their painted trail without running into themselves or others, combining aspects of Snake and Make Trax. Miniclip’s diep.io added twin-stick shooting to the mix, allowing players to blast the score-gaining shapes—and each other—for points and glory. This week, Youzu Stars (Yesterday!, Love Engine) launched their own twist on the format worldwide: the rock-paper-scissors-themed RPS.io. 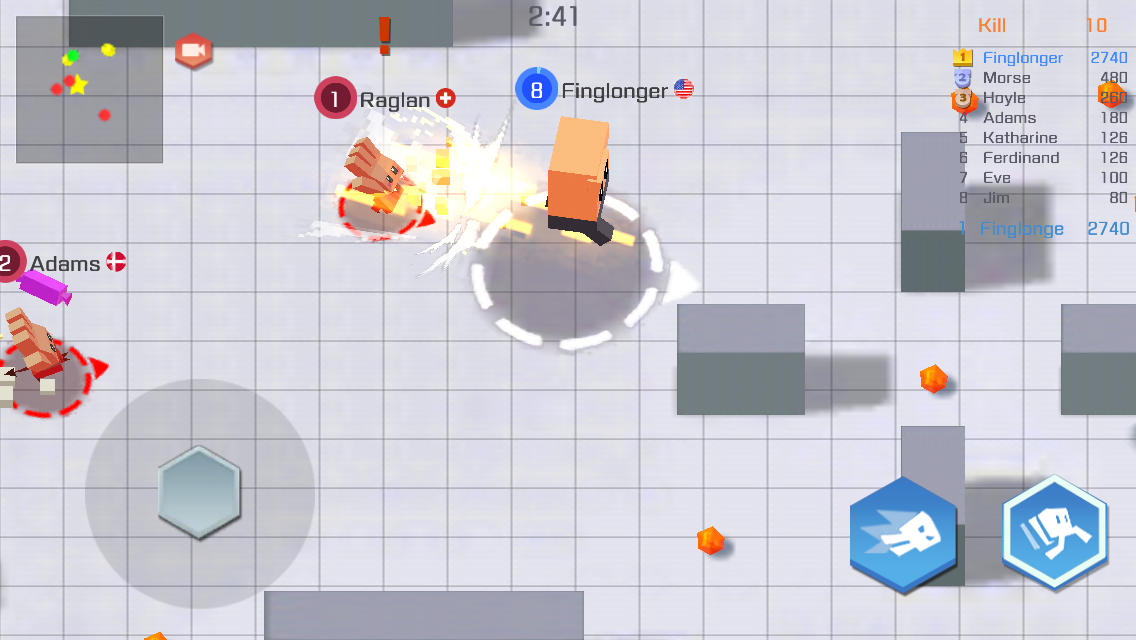 RPS.io will look familiar at first glance to anyone who’s played an .io game before: you’re dropped into an arena with a group of opponents—rooms have had about 10-12 players total in our experience thus far—as a giant, walking hand. You’ll be randomly assigned a Rock, Paper, or Scissors character to start, visible in your head shape (Rock is just a flat cube, Scissors has two fingers sticking up, Paper holds up all five fingers). The interesting twist is that instead of going after, or being pursued by, players based on size, your match-ups are entirely determined by your role. So, Rock players can take out any Scissors players, while Scissors beats Paper and, of course, Paper beats Rock.

There is a charge button that allows you to bash into players, but if you use it without hitting anyone, you will swap to the opposite form from your current type. So, if you are Rock and you “charge” into thin air, you’ll transform into Paper. This lets you adjust to the current room composition as well as escape pursuers if you have a charge ready, since turning into a different type will make anyone about to bash you a non-threat. 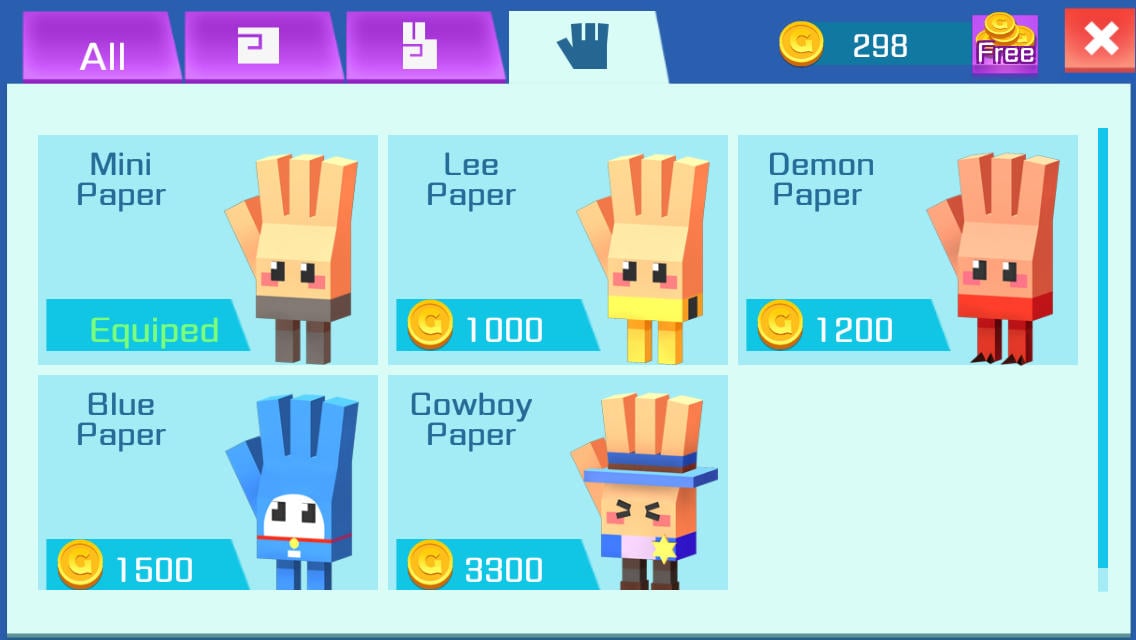 When not chasing down opponents and eating their delicious score-boosting candy, there are smaller points-giving dots and non-type donuts scattered about the room. Honestly, we’re not sure why an RPS-and-hand-themed game has candies and donuts as its collectibles, but we’ll just run with it. The winner and coin rewards are decided at the end of the five-minute match, and players can revive indefinitely during those five minutes (with a lower score), making games somewhat tug-of-war until the very end.

While it’s fairly simple as far as .io games go, the Rock-Paper-Scissors attack triangle and ability to switch types freely adds a level of strategy and unpredictability that has kept us playing. Oddly and somewhat disappointingly, the matches are currently against bots: we’re not sure if actual multiplayer is planned for future updates, but for players who want an .io game they can play offline, this would be a solid choice. A “high level” mode is unlocked after you’ve killed enough opponents in normal, which contains harder bots and a variety of power-ups to use against them (or have used against yourself).