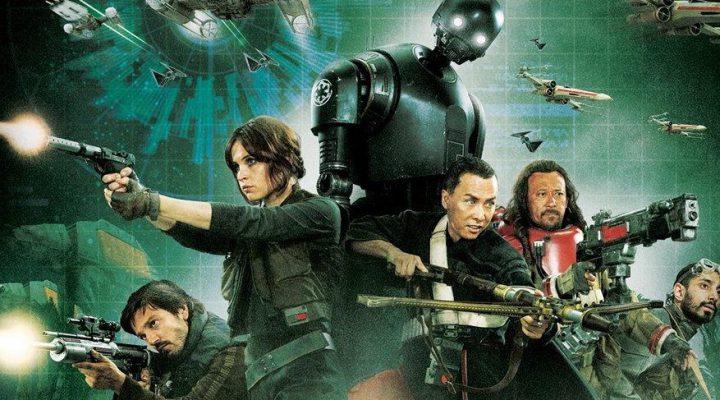 Choo-choo! All aboard the hype train! In 105 days, Rogue One: A Star Wars Story will be hitting theaters across the country, and fans are understandably eager to see how this all pans out. Whether the film is good or bad, don’t be surprised when you start seeing crossovers and tie-ins everywhere in the weeks leading up to release. Take today’s addition to Star Wars: Galaxy of Heroes, for example. 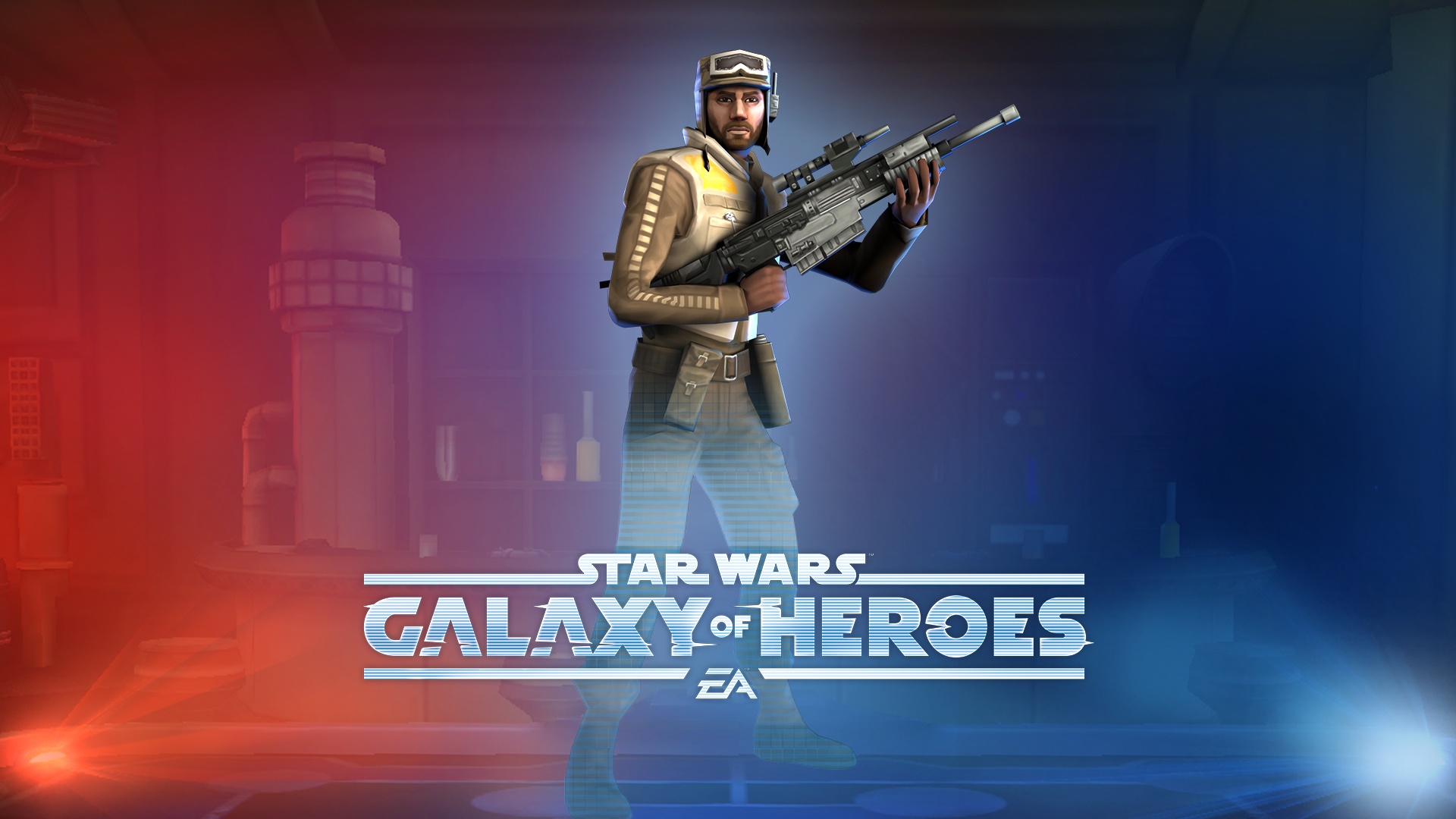 Starting today, players can participate in a new daily event to unlock a character from Rogue One: Scarif Rebel Pathfinder. That sounds more like a character type than a character to me (ie, “Ewok Scout” or “Jedi Consular”), but I suppose we won’t know for sure until the film hits theaters on December 16th.

Unlocking the character will require 30 character shards, and you can only earn one a day. Making matters tougher, the event will be available for the month of September only, so you’ll have to log in and participate every day if you want to get him early. Mind you, if you’re playing Galaxy of Heroes, “every day” is probably a big part of your routine anyway. 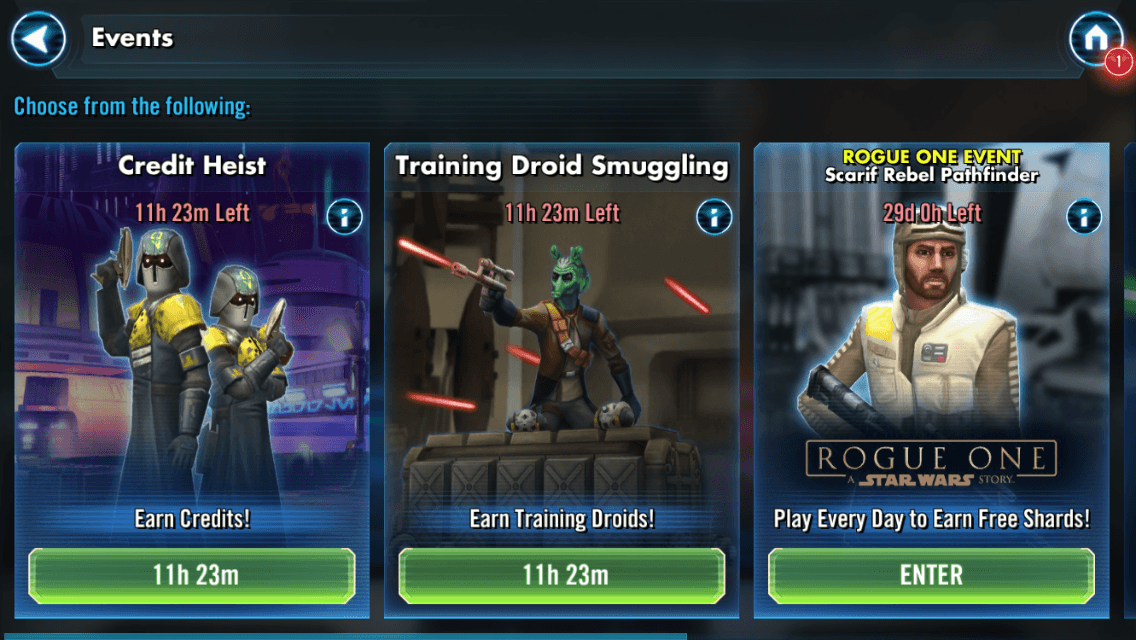 And if you’re not? You really should be. Few games have managed to hold my interest for as long as Galaxy of Heroes has. I gladly sink more than an hour into it every day, and with regular fresh content and events (they recently gave players their first chance to earn The Emperor, for example), there’s always something going on to satisfy my inner Star Wars nerd.

Star Wars: Galaxy of Heroes is a great mix of RPG combat and feverishly compulsive hero collecting. If you haven’t checked it out and you’re stoked for Rogue One, now’s an excellent time to start.