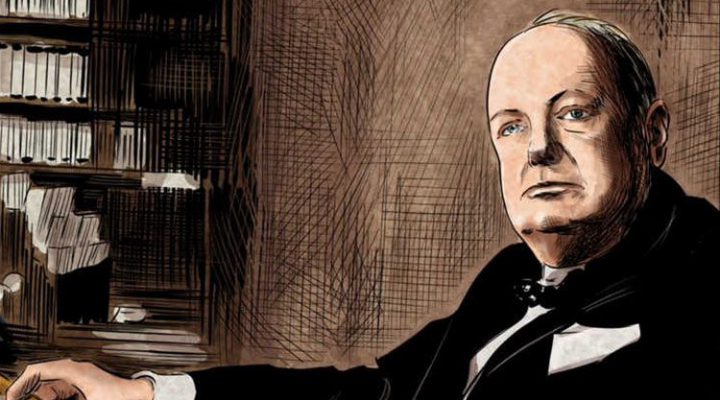 Former British Prime Minister Winston Churchill had the unenviable task of leading Britain through the brutality of the Second World War. Few people will argue that’s not a job for an ordinary schmoe. So why not give it a try yourself?

Touch Press’s Think Like Churchill for iOS is an historical adventure game that lets you retread the life of Churchill, from his service in the Second Boer War (from which he escaped a POW camp) to war with the Nazis, and beyond.

As you follow in Churchill’s footsteps, you’re called upon to make the same decisions he did. It’s not as easy as you think. Though remarkable, Churchill was flawed and held some racist and anti-Semitic beliefs. He also battled with severe bouts of depression. Upon playing Think Like Churchill, you’ll quickly be reminded there’s rarely such a thing as a “right” or “wrong” answer when you’re dealing with people’s lives.

You can grab Think Like Churchill from the App Store for $3.99.