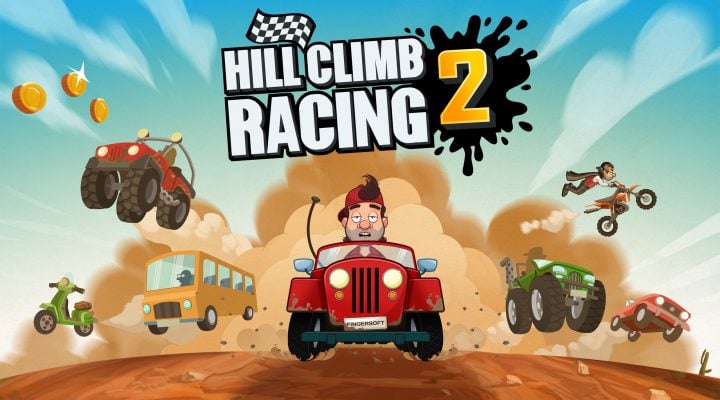 In our review of Hill Climb Racing 2 we predicted that, like the first installment, new content would be added regularly to keep the cars and tracks fresh for veteran racers. And now, just over a week after launch, developer Fingersoft has already started making good on that unstated promise with its first update. Part Christmas update, part fashion extravaganza, this new version of Hill Climb Racing 2 offers three notable changes in addition to a few physics and bug fixes.

The first new feature is a limited time X-mas Cup in Cups mode: players will get to race against Santa in a slippery winter wonderland dotted with reindeer and snow-caked hills that would be perfect for sledding. The icy scenery is a nice change of pace from the usual green and woody destinations we’ve been traveling thus far, but it’s no walk in the (frozen) park: there are some massively steep hills to climb, floating landmasses to avoid, and your racing opponents feel even faster than usual. We were only able to win the X-mas Cup after upgrading our motocross bike to level six, and even then Santa still sometimes boosts ahead like he’s got more important places to be. 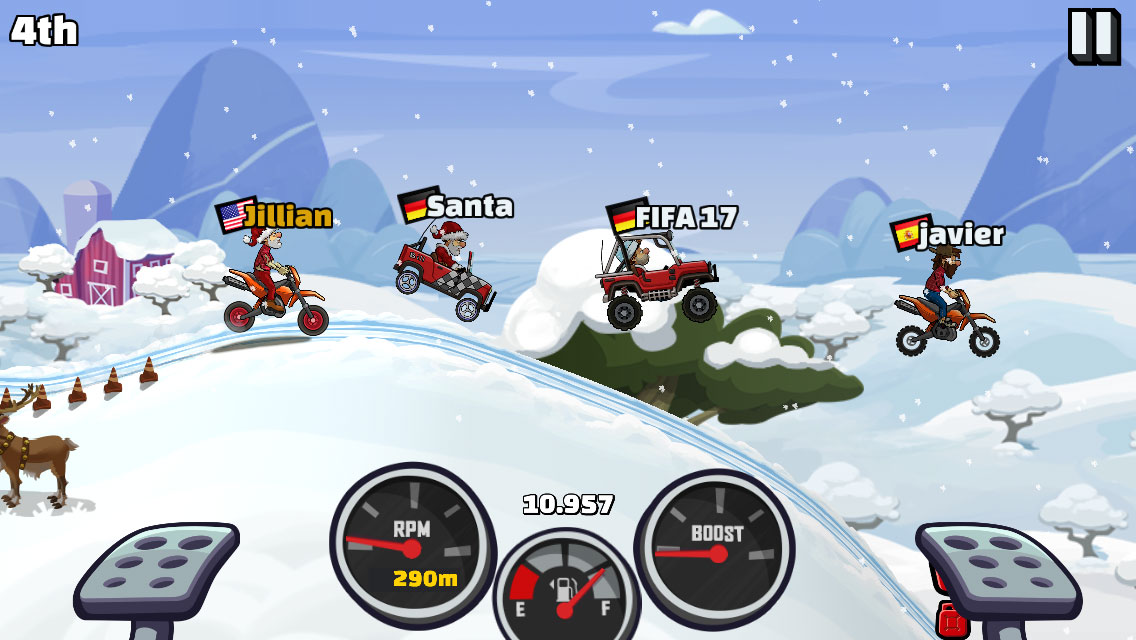 The X-mas Cup will show up randomly in your Cups list no matter what your current rank is. You cannot play the X-mas Cup in unranked mode, only ranked: if you don’t see it, just keep playing ranked Cups matches until it appears.

If you manage to eke out a victory in the X-mas Cup, you’ll earn a candy cane-striped treasure chest that will award more coins than usual—usually at least 7,000 per chest—and has a chance to drop a piece of Santa gear for your driver. We’ve snagged Santa’s hat, head, and legs so far, but we’re sure there are other items you can earn if you don’t mind them being covered in reindeer hair. 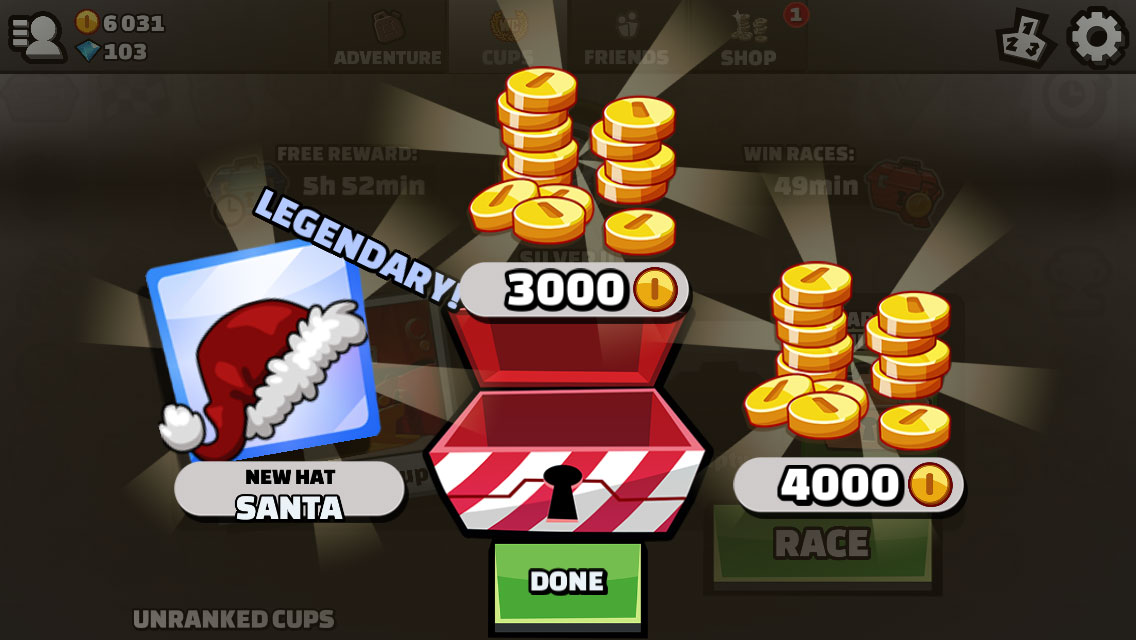 Speaking of wearables, this update added more than just Santa clothes to the mix: the total number of customizations available to unlock has jumped from 146 to 178. This includes vehicle paints and wheels as well as character outfits, but if you had already maxed out your closet this update will give you even more to discover.

The garage has also been expanded from five vehicles to six with the addition of the Monster Truck. This turbocharged giant makes the Super Jeep look like a toy car and can be purchased once you reach rank Gold II for 40,000 coins. This is, we assume, the first of many new vehicles that will be added purchases in the coming months, so try to get plenty of lucrative X-mas Cup races in before the holidays are over.

Finally, if you were around for the all-day maintenance that made Cups mode unplayable last week, Fingersoft has offered thoughtful reparation in the form of extra daily cups. When we logged in after the update, we were able to win three daily cups in a single day without any wait between them, likely to make up for the lack of chests during downtime. This can help you catch up on missed income and reach that Monster Truck purchase price even faster. Take that, Guernica!