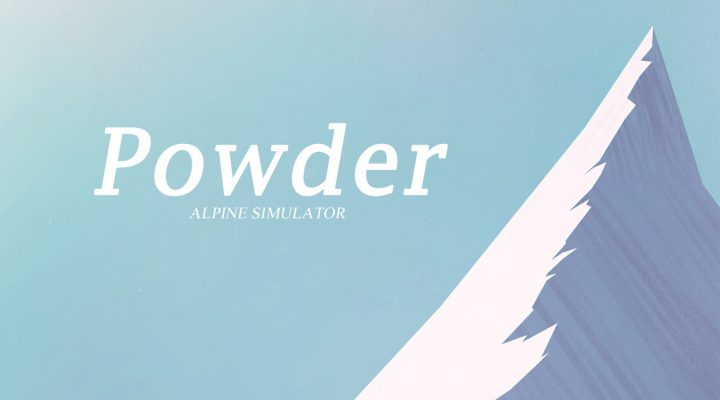 As a born-and-raised Floridian, living my entire life less than two-thousand miles north of the equator, snow is completely alien to me. I hear people toss around phrases like “snow tires”, “road salt”, and “snow guards” and only have a vague sense of what any of that looks like. Swingset chains around a tire, right? Giant trucks equipped with salt shakers? Snowmen in suits of armor?

Okay, just kidding on that last one. But clearly snow things are well out of my realm of expertise.

Luckily, you don’t need to be familiar with snow (or skiing) to enjoy Powder – Alpine Simulator, a new game from Dave Chenell.

In Powder players control a little pixel (or, more excitingly, a bear if you opt to pay $1.99) as it skis down a mountain. The controls keep things simple, —tap left and right to move left and right, holding your finger to the screen turns more sharply, and double tap to jump over rocks. The whole experience is very relaxing and strangely meditative.

Chenell started working on Powder in March of 2014, and just recently released it for free on the iOS App Store.

“The game is a mix between arcade and simulation as I tried to be as accurate to skiing as possible,” Chenell explains on his blog. “I tried to capture the feeling of skiing: working against gravity to stay in control as it pulls you down the mountain.”

Right now, Powder is a simple how-long-can-you-last game that keeps record of your longest distance travled. In the future, Chenell plans to add in time trial, slalom, and chase gameplay modes, a full soundtrack, and environmental effects.

Chenell has also confirmed that some sort of monster antagonist will be coming in a forthcoming update.

Powder – Alpine Simulator is available now for iOS. An Android version is currently in the works.

Spinnner Is a Thing (and You Should Know about It)