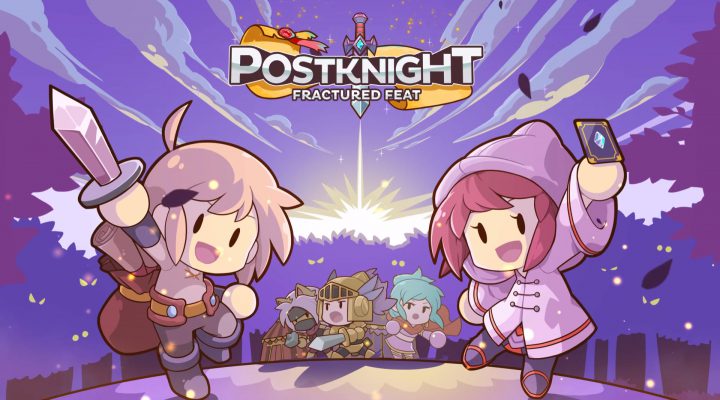 Postknight was a surprising treat when it released on mobile back in February. Its short-burst, auto-scrolling RPG stages tasked players with delivering mail as the eponymous Postknight, slashing through dangers like dire wolves and pirates as he traveled from town to town. The game was designed with mobile in mind, splitting each area into extremely short individual stages that could be traversed in less than a minute and offering EXP for packages delivered even when the player was not playing. Its extensive collection of equipment and items to upgrade, relationships to develop, and locations to explore and speedrun offered plenty of content to keep Postknights-in-training busy for quite some time. 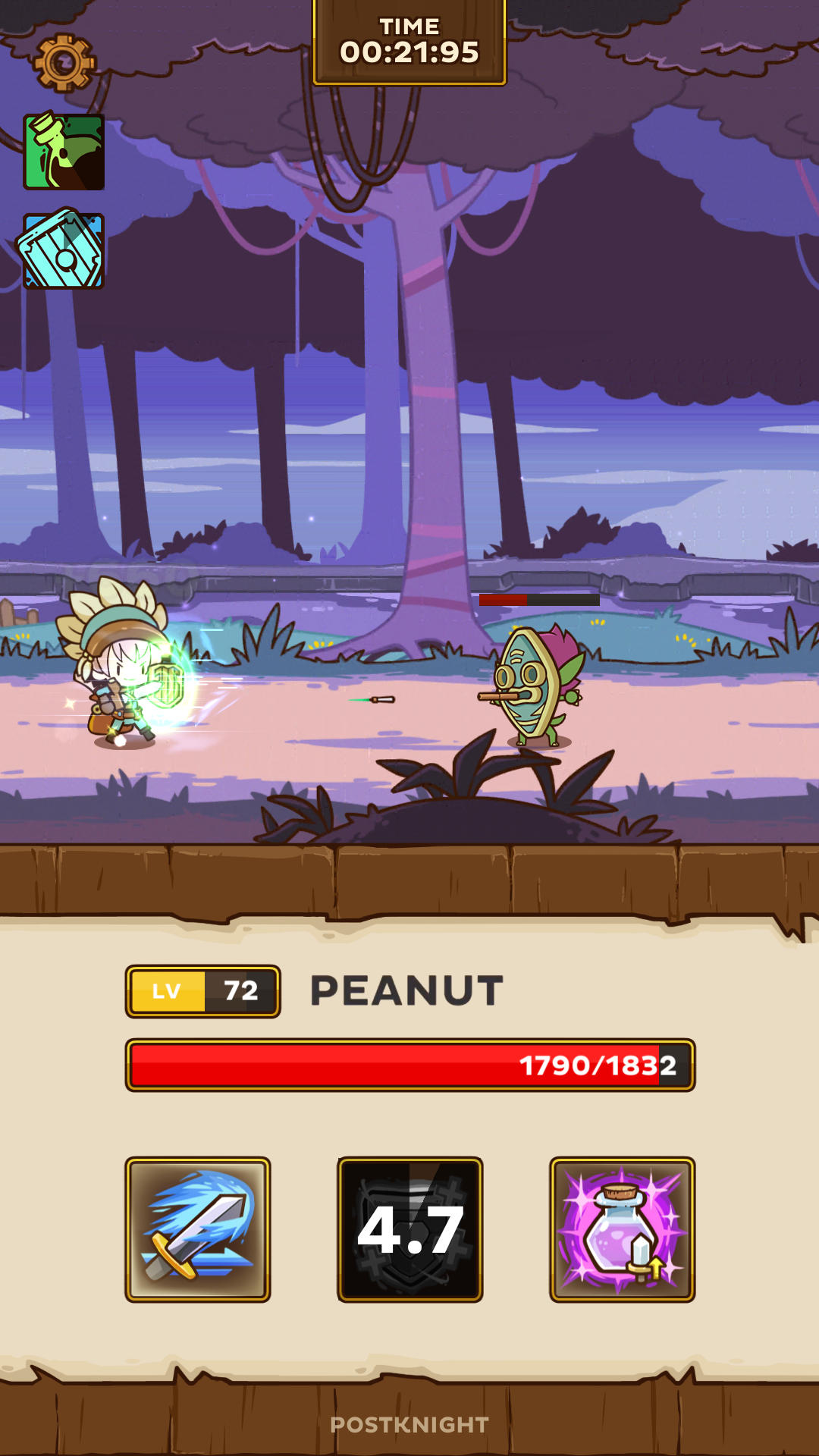 This week’s update adds even more to the already-impressive list of things to do in the Postknight world. For players that had already conquered the five different regions included at launch, an entirely new area has been added after the Valley of Gold: the Fractured Forest is a shadowy section of foreboding woods with a camp set out just outside its entrance. New enemies, like the panther-esque Phantom Niars and deceptively adorable Prongles, inhabit its dusky lanes, and another tier of equipment has been added to help you defend yourself against these new dangers. In celebration of Tiny Guardians’ second birthday, this new area will also house characters from Tiny Guardians, including its star summoner, Lunalie.

This update also introduces adoptable pets which will greet you when you return home from making deliveries. Each town has its own unique pet that is available for adoption—a dire wolf cub in Pompon, a baby Bloopet in Shello Bay, etc.—and you can adopt every town’s pet so long as you have enough gems or coins to do so. Pets can be found at each town’s Quest board, and you can feed them gifts after adoption. Unlike the ladies your Postknight can romance, pets will give gifts back even before they have a single heart of affection for you, making them an immediate and adorable outlet for free items.

The other big addition Postknight players received this week is Divisions. By visiting the newly-available Postknight Headquarters, players that have passed the first area of Caldemount or beyond can choose a Division to join. The three Divisions, Pyrodash, Neverwhisk, and Etherdawn, compete against each other for prizes and individual players can rank up within their Division, adding another layer of growth to aim for. Division rewards include tokens that can be exchanged for a new tier of equipment, each of which increases your gold gain significantly when equipped as a full set.

While the new area, pets, and Divisions are plenty of additions for a single update, developer Kurechii has also added more memories for players who have achieved five hearts with the woo-able ladies, as well as support for Chinese, Japanese, and Korean languages. This jam-packed Postknight update is out now on iOS and Android.