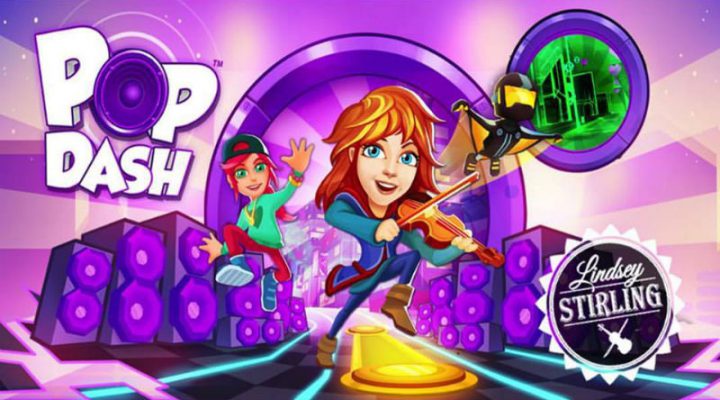 When movies have scenes that involve the characters running, chasing, or being chased, they often fire up music that gets the audience’s blood pumping — usually music of the catchy pop variety.

You run through a level automatically (the hyper-colorful environments are all hip and streetwise) while swiping to dodge hazards like walls, barriers, and trains. Standard stuff as far as endless running games go, but there are a few notes that make Pop Dash its own song.

For instance, the tracks you run on are sometimes broken up by yellow lines that you need to follow — sort of like the lines that indicate when to hold your notes in a Guitar Hero game.

Another reference to Guitar Hero can be found in the colored circles that often pop up during a Pop Dash run. You need to swipe in a certain direction according to the color of these pieces. If you miss, you don’t necessarily fail, but you gank up your rhythm a bit.

Needless to say, said rhythm has a prominent role in Pop Dash. Snippets of songs from famous artists, including Nicki Minaj, Ariana Grande, and Super Saiyan violinist Lindsey Stirling offer background noise as you run, and their works match up quite well with the on-screen action.

Pop Dash’s mingling of popular music and endless running should be especially compelling for young music-lovers. You can download the game for free off Google Play and the App Store.