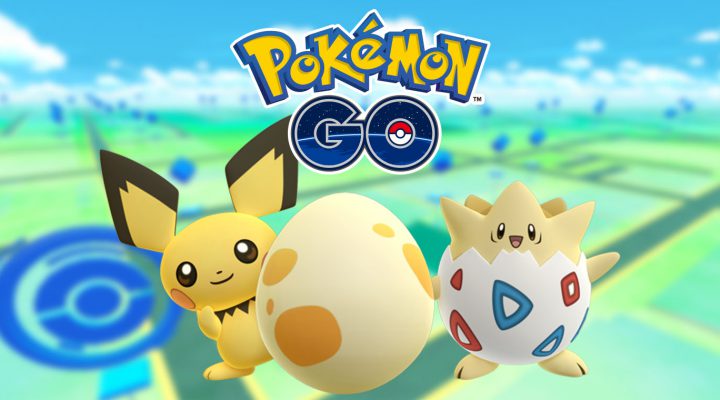 It’s starting to feel like Pokemon GO is destined to be the game that always tantalizes us with what it could be instead of what it actually is. Today’s announcement, which was teased last week, is proof of that.

Most fans and observers guessed it would be the addition of new Pokemon to the mix, beyond the original roster. Indeed, that’s exactly what it turned out to be, with The Pokemon Company and Niantic revealing that characters from the Pokemon Gold and Silver games — beginning with Togepi and Pichu, would arrive in the game as of 1 pm Eastern time today.

It sounds as if you’ll only be able to find the new Pokemon in eggs, at least at first, meaning you’ll have to visit PokeStops and do the requisite amount of walking just to have a shot at them.

The other big assumption, that Pokemon GO would roll out some sort of holiday event, was also on the money. Beginning today and running through December 29, players will encounter a special edition Pikachu in locations all over the world. What makes this Pikachu special? It’s his party hat.

So to review, most people thought the announcement would involve new Pokemon and maybe costumes, and we’re slowly getting the former while kind of, sort of getting the latter. In other words, it’s the kind of thing that makes you say, “Eh, that’s nice,” but not the “OMG!” moment that Pokemon GO needs to get lapsed players to return in big numbers.

Pokemon GO, you continue to tease. And maybe that’s the way you’ll always be.

Crashlands Juicemancy Update Trailer is Everything