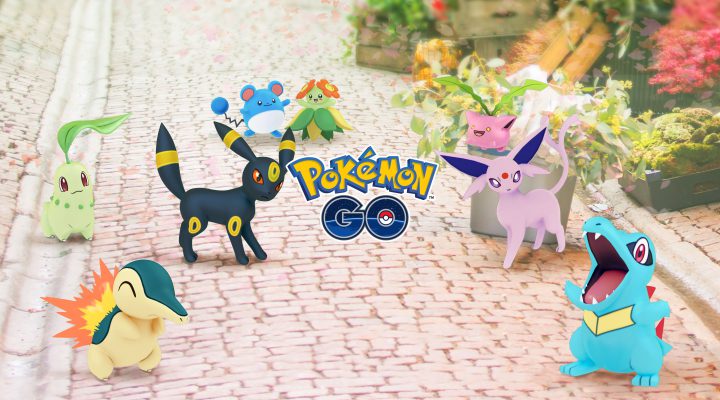 When Pokemon GO first launched, just about everybody was into it. We’re talking friends, family, co-workers, you name it. Since that time, many players have drifted away, some because the novelty wore off, others after the weather turned too unpleasant for daily strolls and still others because once you caught ’em all … that was pretty much it.

There’s some good news from Niantic for those of you in that last group. The company has announced that 80 additional Pokemon are being added to the game “later this week,” including favorites like Chikorita, Cyndaquil and Totodile (note: your favorite Pokemon not already in the game not guaranteed to be among them, sorry).

Among the newcomers will be pocket monsters originally found in the Pokemon Gold and Pokemon Silver games in the Johto region. Niantic assures us you’ll be able to run into “in the wild,” unlike the previous, much smaller batch of new Pokemon that had to be hatched from eggs.

“Today is a momentous occasion for our team here at Niantic which has been hard at work to deliver these additional Pokémon and build upon the encounter and capture mechanics for our passionate global community of Trainers playing Pokémon GO, Niantic founder and CEO John Hanke said in a press release. “Pokémon GO is a live experience which we’ll be continuing to support and evolve in new and interesting ways for years to come with new gameplay features, in-game and live events, more Pokémon to discover and much more.”

While we could quibble about whether adding the kind of content most reasonable people expected from the very beginning fits the definition of “momentous,” it’s great to see Pokemon GO getting a sizable update as spring approaches. Said update will also include two new types of Berries for more strategic options, along with new Evolution items that will work in concert with the new Johto region Pokemon.

Chances are you’ll only need to re-download the game if you’re thinking about jumping back in, because let’s face it, you had it on your phone before. Just in case, though, we’ll give you the links to grab Pokemon GO for free from the App Store or Google Play. You can thank us after you’ve captured a Totodile.