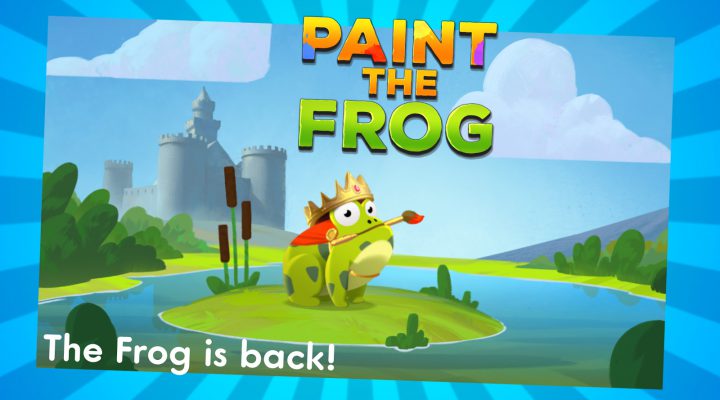 When Playmous released Ride with the Frog back in early October, I was a bit confused: were they simply extracting the most popular mini-game from the game-packed Tap the Frog series? Were they playtesting a precursor to an upcoming frog go-karting title (which would be amazing, by the way)? Or was there some unforeseen third reason that the developer would suddenly switch from micro-game mania to a single challenge in a slightly larger package?

Turns out it was a third reason: Playmous appears to be pulling out multiple Tap the Frog mini-games into their own separate, standalone titles. This week they launched Paint the Frog, a title that should be familiar to players who’ve tried any of the three Tap the Frog games. Much like Ride the Frog, Paint the Frog already exists in Playmous’ other Frog titles, as one of dozens of mini-games used to collect stars, earn achievements, and unlock other challenges. 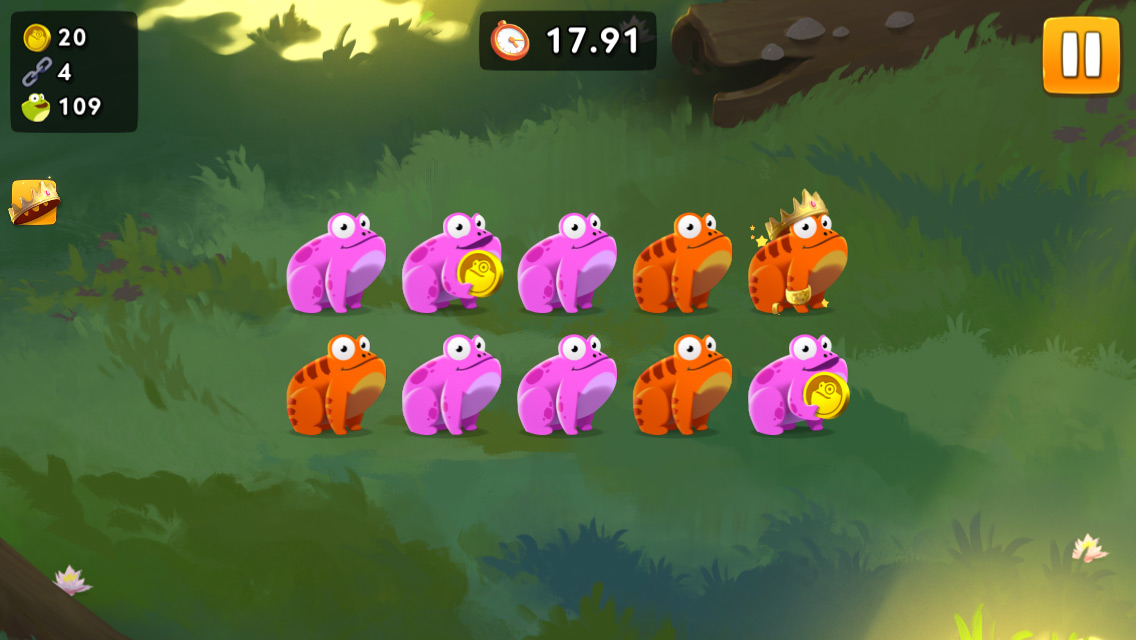 I wrote a brief retrospective on the series when Tap the Frog Faster came out, but as a recap: the first two games, Tap the Frog: Doodle and Tap the Frog, let players pick which mini-game they wanted to play and then attempt to get the fastest time or highest score possible. Games could be replayed freely and in any order, which meant you could play Paint the Frog repeatedly—or never—if you wanted, alongside the many other micro-games in each app. Tap the Frog Faster shook up this format by challenging players to an endless gauntlet of mini-games and seeing how many they could beat before time ran out. So you might play through a set without ever seeing your favorites, but the result was a much faster-paced and rounded way to keep players engaged.

Playmous’ latest approach seems to be focusing on individual mini-games from the previous titles and releasing these as entirely standalone games. Ride with the Frog took the Ride the Frog mini-game from Tap the Frog and made it a solo app. You still drive a frog on a Segway across platforms and over cliffs while collecting points/coins, but they’ve improved the visuals with a lovely shaded and hand-painted style and added new ways to earn points, like saving frogs trapped in the stage and using a variety of boosters. 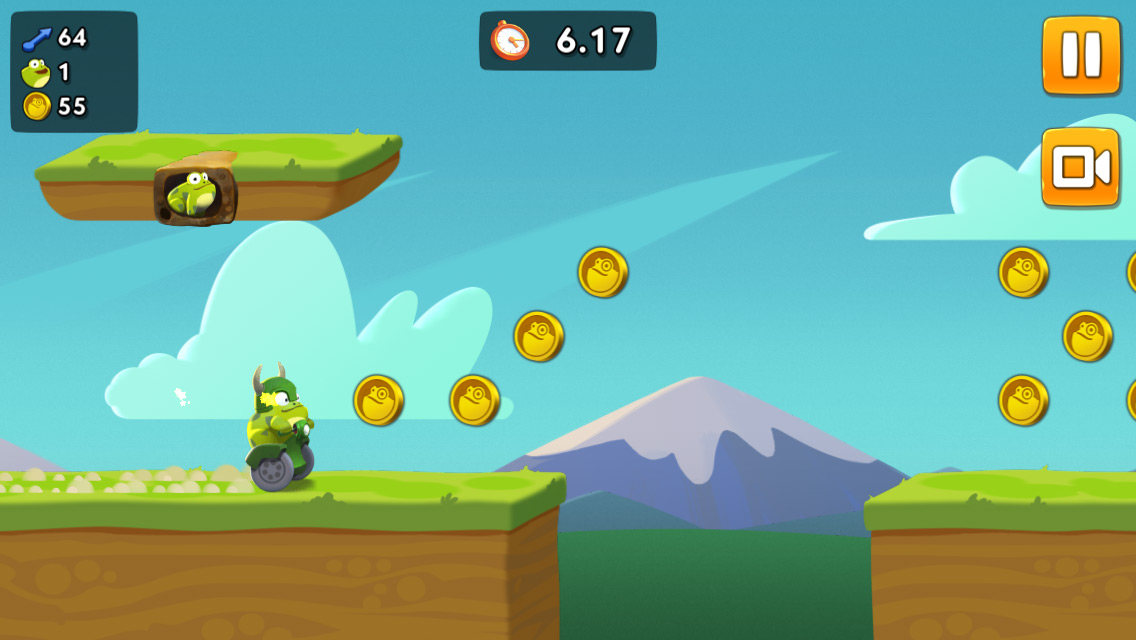 Paint the Frog does the same with, surprise, the Paint the Frog mini-game. There are magnet and “frog prince” boosters to enhance your score, a ranking system that gives you more time per game as you level up, and frogs holding coins that can be collected if tapped. But at its core, this is exactly the same game you can and have played in Tap the Frog before, just fleshed out ever-so-slightly.

I am a huge fan of Playmous and especially the first two Tap the Frog games. It is one of the few series that has never left my phone and is still revisited on a regular basis. This is largely thanks to the fact that Playfo and Playmous continue to update the series long after new versions are released. Doodle alone has 88 mini-games currently, thanks to regular updates since its launch way back in 2011. 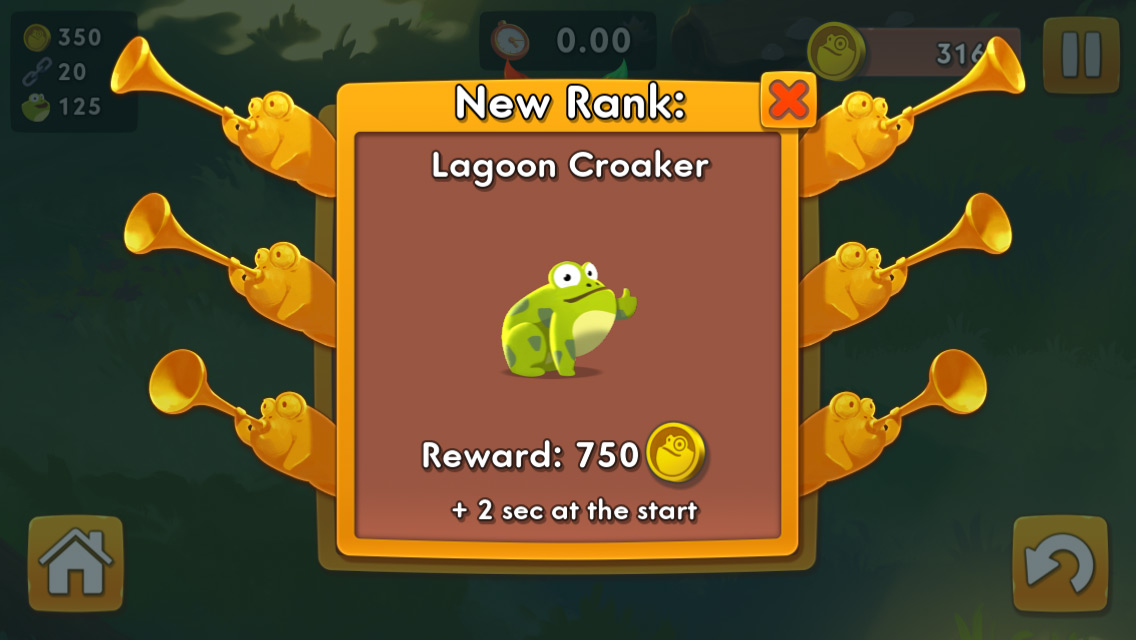 Yet I’m unsure about the new direction indicated by Ride with the Frog and Paint the Frog. Both games feature the charm, superb controls, and engaging gameplay that all the Frog games share, but they don’t feel expanded enough to warrant their own separate games. If there were more unlockables—like new artistic styles in Paint the Frog or vehicle powers in Ride with the Frog—or added game modes—like Paint the Frog-by-number or Paint the Frog picross—there may be a reason to have these other apps. Or if you only liked these mini-games in their original collections, then sure, just have the solo versions on your device. But personally, if I want to play Paint the Frog, I’ll still likely just open Tap the Frog or Doodle and revisit some other mini-games while I’m at it, since these new versions aren’t different enough to draw me in on their own.

On the other hand, this could be an exciting new step if Playmous continues to expand on their mini-games. As I mentioned above, a standalone frog-karting game could be fantastic. I could see Spacewalk the Frog stretching out to an enthralling space-themed runner/platformer where the Frog explores different planets. Build with the Frog, which is a Tower-esque stacking mini-game, could be broadened into a combination stacker/city building simulation. 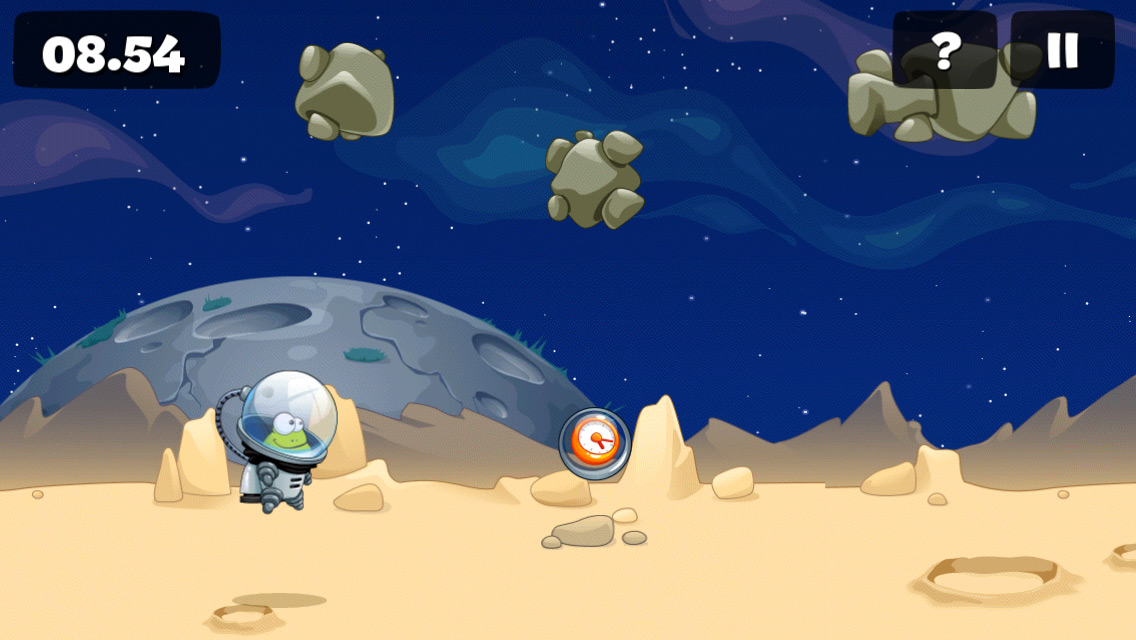 Playmous has now made the move from micro-games to standalone mini-games, and they’ve already proven they can do longer, level-based journeys with God of Light and Gemcrafter. I’d love to see what a fully-fleshed-out, timer-free, growth-based Frog game from them would look like. Until then, I’ll continue Tapping, Riding, and Painting with the Frog, wondering what he’ll be doing next.

Catch Coco is Pokémon Go with Conan O’Brien (and Prizes)