Play Both Sides as Factions Arrive in Transformers: Earth Wars 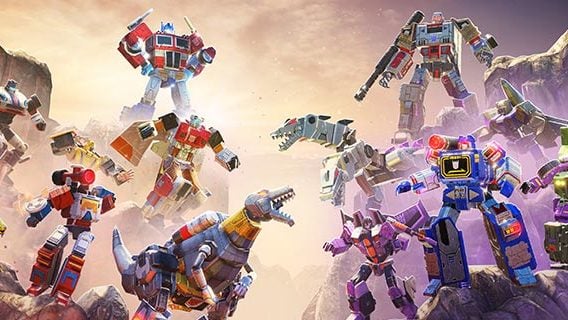 The most difficult decision to make in Transformers: Earth Wars is the one you make right at the beginning of the game: Autobots or Decepticons. The bad bots are arguably cooler, but the good guys have Optimus Prime and all, so …

That choice will still matter to Transformers: Earth Wars players, but as of the game’s latest update, it won’t be quite so agonizing since you’ll be able to dabble in the other side. The arrival of Factions allows all players with an HQ of level 8 or higher to obtain a special Autobot or Decepticon crystal (obviously the opposite from the team you chose to play) via achievement that will unlock four bots from the opposing side:

Eventually, everyone will be able to acquire up to 35 bots from the opposing faction to use in PvP and event battles. Free Crystals will still provide resources only for your chosen side, but Crystal Shards will be neutral and thus be able to be used on either Autobot or Decepticon 3-Star, 4-Star or 5-Star Crystals — but again, you’ll have some decisions to make. 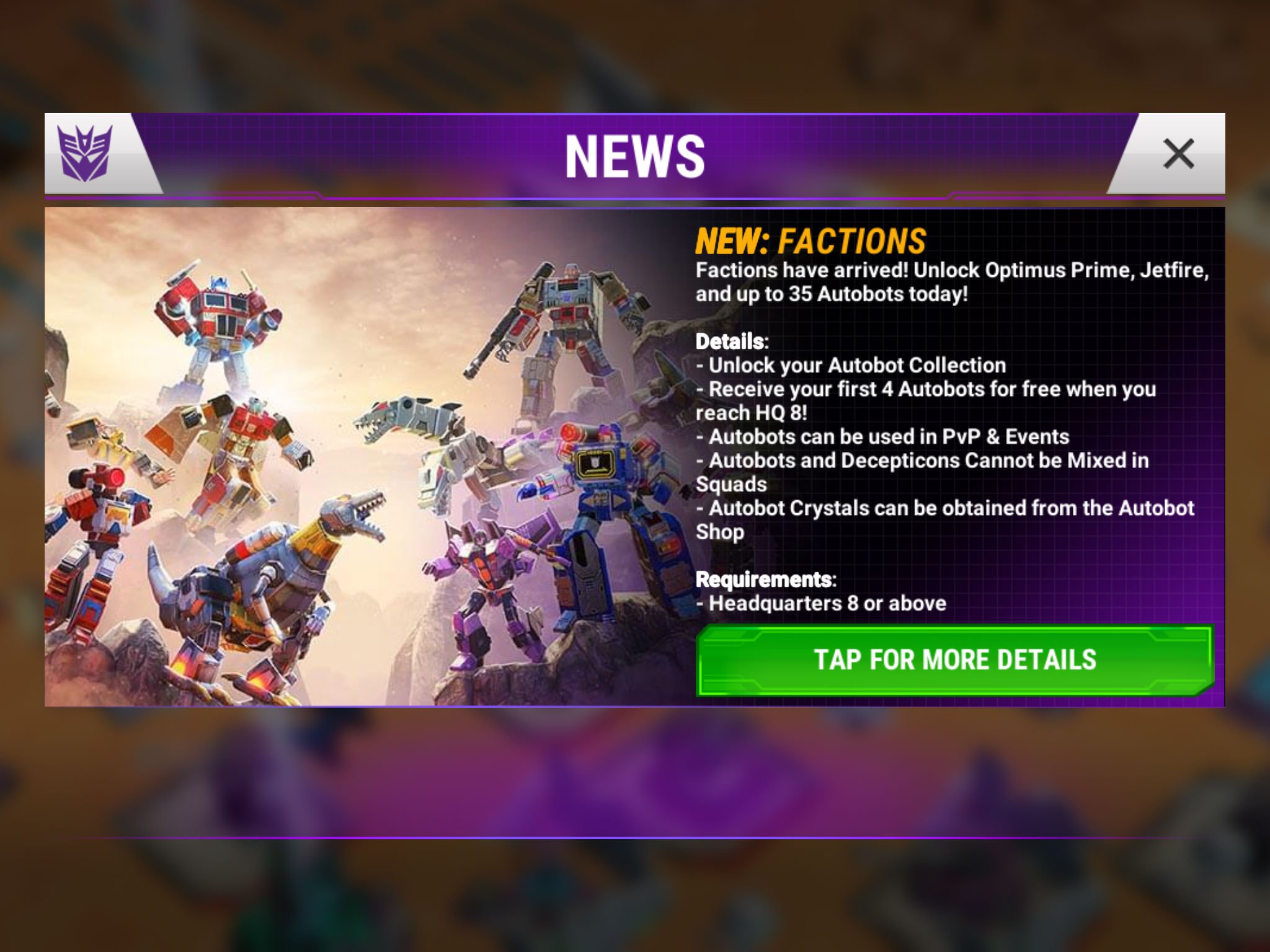 The only question that’s left is whether there will be an in-game story reason for Autobots and Decepticons to work together, even briefly. There’s certainly precedent for that in Transformers lore, and while the story-driven campaign mode will still require you to use your original faction to complete, one would expect that the unusual team-ups will be addressed in some way.

So consider the heavy burden of second-guessing yourself at least somewhat lifted. Time to get to work raising that HQ to level 8 if you haven’t done so already, and if you haven’t even started playing Transformers: Earth Wars yet, you’ll want to rectify that by hitting the App Store or Google Play to download it for free as soon as possible.

Dashy Crashy gets the Turbo Treatment