Home / Play / Plants vs. Zombies Heroes Gets Biggest Update Yet With Galactic Gardens

Plants vs. Zombies Heroes Gets Biggest Update Yet With Galactic Gardens 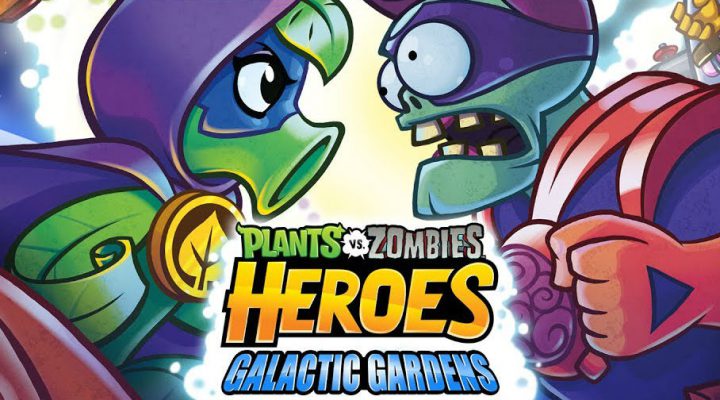 If you’ve drifted away from Plants vs. Zombies Heroes, EA and PopCap would like you to come back. The hook is Galactic Gardens, the game’s biggest update yet, which adds 100 new cards and shakes up the overall gameplay in various ways.

One of the key components of Galactic Gardens is the introduction of 20 Environment cards. Played in any Ground lane, they create special effects there that last until destroyed when another Environment card is played in the same lane.

There’s also a new keyword to master called Conjure. A total of 20 new cards with Conjure give you different cards every time they are played, sometimes giving the Conjured cards additional abilities, beefed up stats or a lower cost.

All 60 Strategy Decks from Season 1 of Plants vs. Zombies Heroes have been updated with new Galactic Gardens cards, providing players with a great way to get a feel for them before experimenting with new deck builds on their own. You can learn even more about what the new expansion has in store by watching this walkthrough video, which definitely gave us a few ideas.

Been playing the game faithfully all along? You’ll be glad to hear that Ranked Multiplayer Season 2 begins on June 19, and this one will be much faster, lasting just five weeks. The devs have made it faster to rank up this time around, and you’ll be able to take advantage of that by rising back through the ranks to earn gem rewards all over again.

Of course if you’ve never played Plants vs. Zombies Heroes and seen how the beloved franchise translates to card battles, this seems like the perfect time to jump into it.

Stick It to the Man with Crazy Taxi Gazillionaire