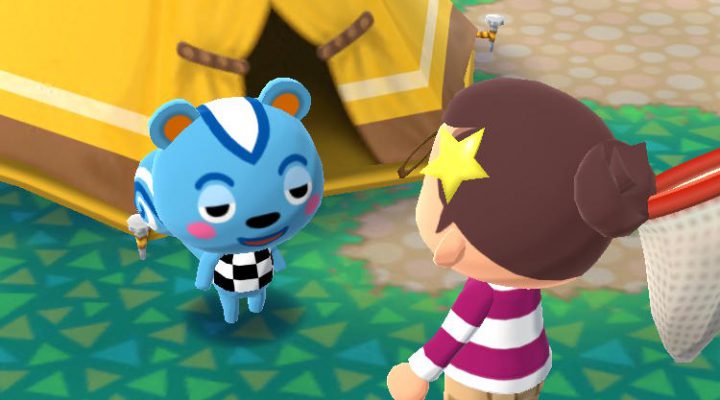 A significant number of players who downloaded Animal Crossing: Pocket Camp this week have been met with a disappointing sight: an error code at start-up that prevents them from playing. These errors primarily occur at launch, but they can pop up even after you’ve successfully made it into the game and are in the middle of running errands for your demanding animal friends. The support code number you see may vary—we’ve received [802-0850], [802-2609], [802-4809], [802-7609] all within a span of minutes—but it’s usually accompanied by a vague warning stating “A communication error has occurred” alongside a “Retry” or “Return to title” button. 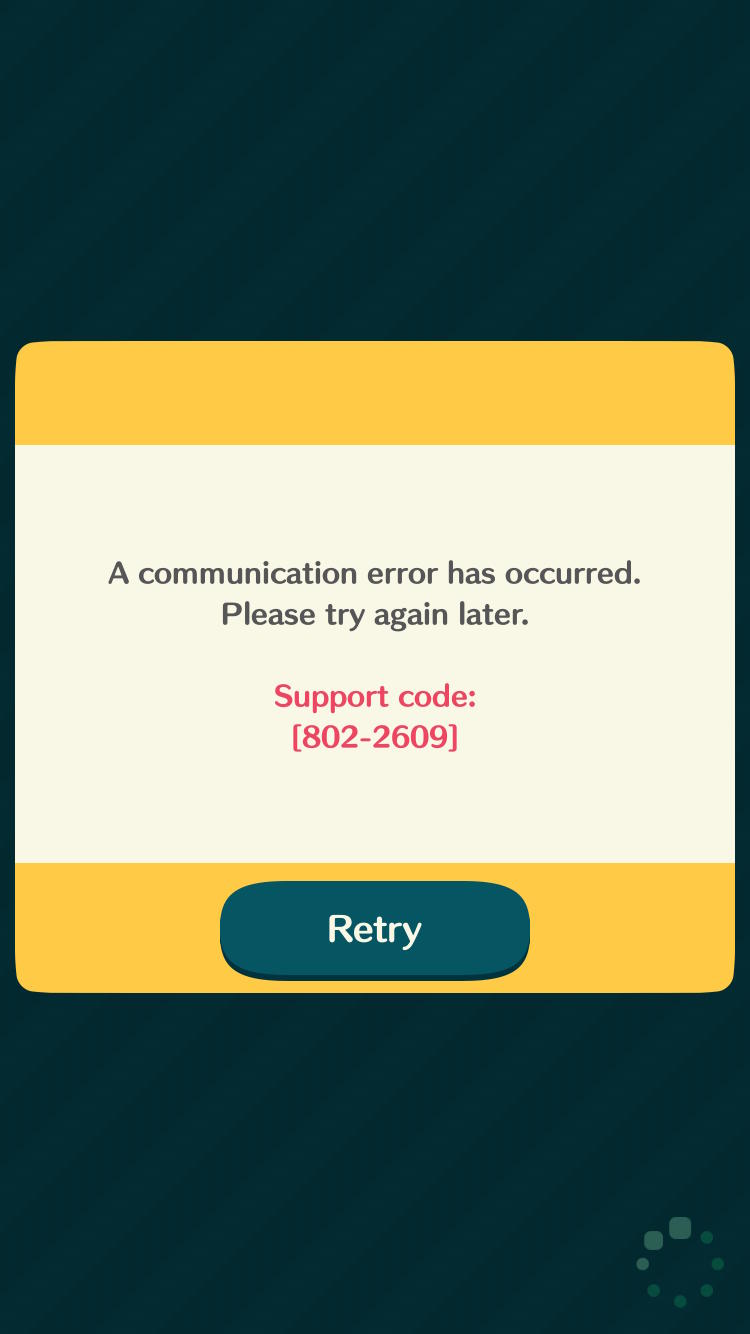 The errors appear to be caused by the sheer volume of players attempting to access the Pocket Camp servers. After the game launched in a number of countries outside of Australia, the player load became too great for the servers to handle. Nintendo has acknowledged these errors via the Japanese Pocket Camp site, its associated Twitter account, as well as a notice within the game itself (which you can only see if you’re actually able to get in). They promise they are working on a solution and will update the previously linked Twitter with any news. They are also sending 20 Leaf Tickets to the in-game mailbox of any players affected by these issues.

But what can you do in the meantime until the servers are officially repaired? Not much, unfortunately. The errors show up intermittently for most players, so the first step is to simply wait it out. If you receive the error, exit the game and try again in about an hour. If you notice a specific time frequently returns the error (many players have run into it at the start of a “new day,” 1AM EDT), aim to play later in the day when fewer players might be online. You can keep hitting the “Retry” button until you actually get into the game, but this isn’t always worth it: even if you slip through a barrage of errors, the game is often still dealing with server strain and the result is long load times anytime you have to access its online info—viewing your friends list, traveling between islands, selling items in your Market Box, and so on. 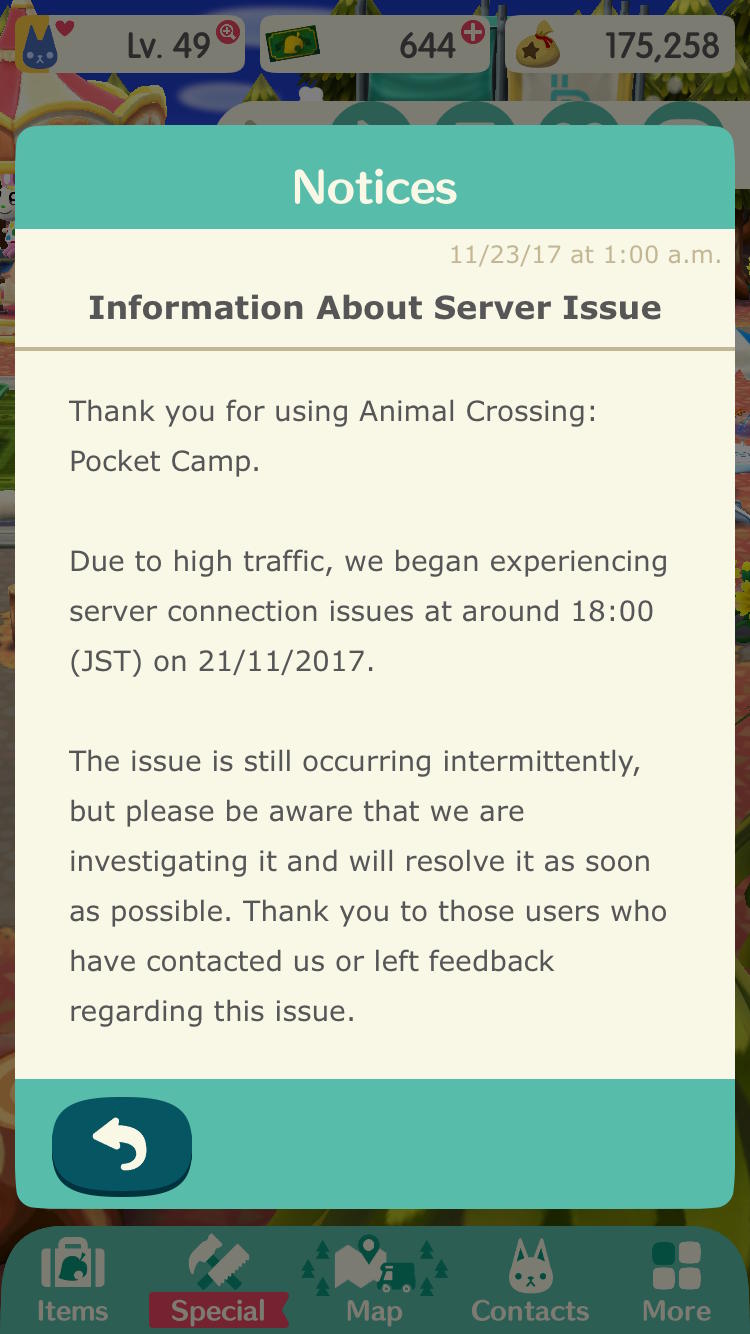 If you are able to get into the game briefly and want to reach Customer Support, open the “More” tab in the toolbar, select “Misc” and then “Customer Support.” From here, you can choose “Inquiries” to report an issue or “Feedback” if you just want to provide your opinions on the game or its features. The Support team will respond to “Inquiries” but will not answer “Feedback,” so choose the one that’s appropriate to your message.

Luckily, we know that when the servers are actually functioning properly, the game runs smoothly and load times are very short. The Australian soft launch was an example of how Pocket Camp should play once everything is ironed out, and it was almost entirely free of hiccups. That’s little comfort when you’re staring at an error screen, but since no one “moves out” of the game this time around, at least all of your animal campers will still be there once you can play again.