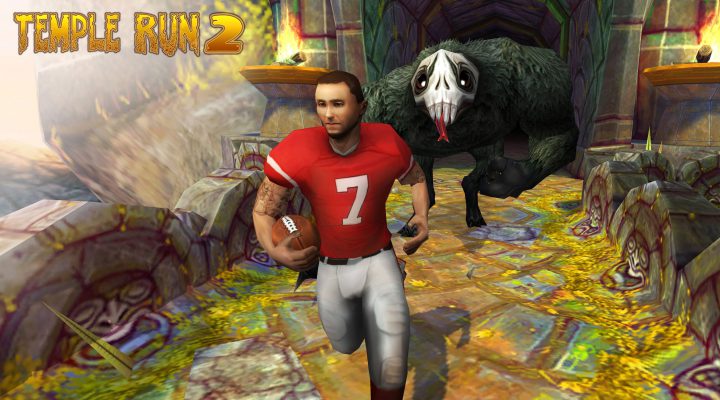 Football season is in full swing, and for a select few very athletic folks, that means a lot of running every Sunday. But why just keep that running to the 100-yard limit of Ralph Wilson Stadium when you could keep running forever?

Imangi Studios have just announced a partnership with the NFL Player’s Association that will bring real football superstars into Temple Run 2 as playable characters.

New NFL players will be added to the game as the season goes on, but each will only be available for a limited time only. That means if you want to purchase them for keeps, you’ll have a brief window of opportunity to do it. 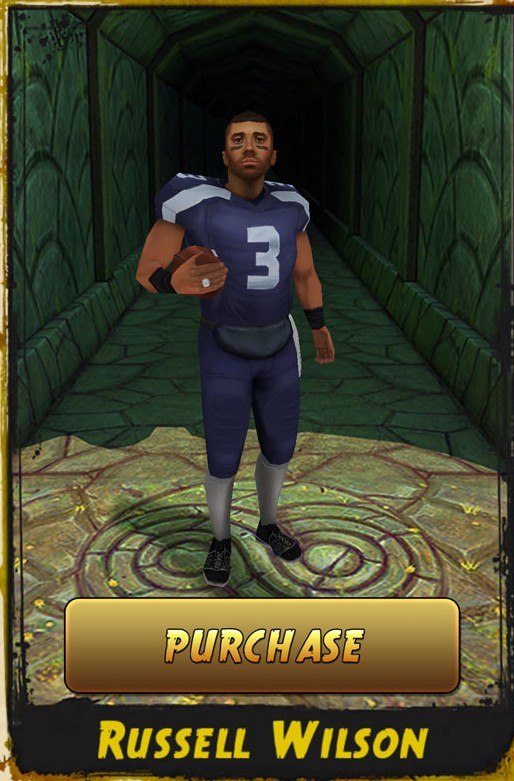 Yes, purchase. Unlike other characters that can be unlocked with in-game currency, you’ll need to spend $0.99 a player if you want to add them to your collection.

It’s also worth noting that this is a deal with the NFLPA and not the NFL, so while colors and numbers are correct, you’re not getting any team names or insignia.

The first two players up for grabs are 49ers quarterback Colin Kaepernick and Seahawks quarterback Russell Wilson. You can download Temple Run 2 for free from the App Store and Google Play.