My Horse Prince Lets You Date an Uncomfortably Attractive Stallion 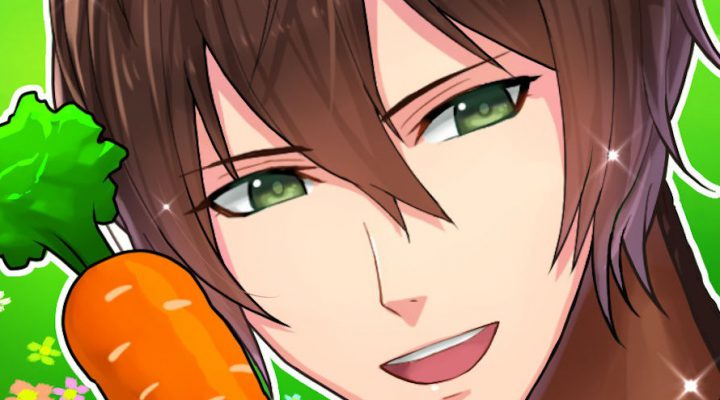 The holidays are a perfect time to channel your goodwill and work on extending love to those around you. We often dedicate this season to reaching peace with friends, family, coworkers, neighbors, and even strangers that pass through our lives, but we sometimes forget an easily overlooked demographic: horses with gorgeous human faces.

This is a forgivable oversight, as you may not have come across a hot man-horse in your recent day-to-day travels. They tend to be confined to farms and Netflix series. And now, thanks to developer USAYA, you can also find one on your mobile device, in the very unique dating game, My Horse Prince. 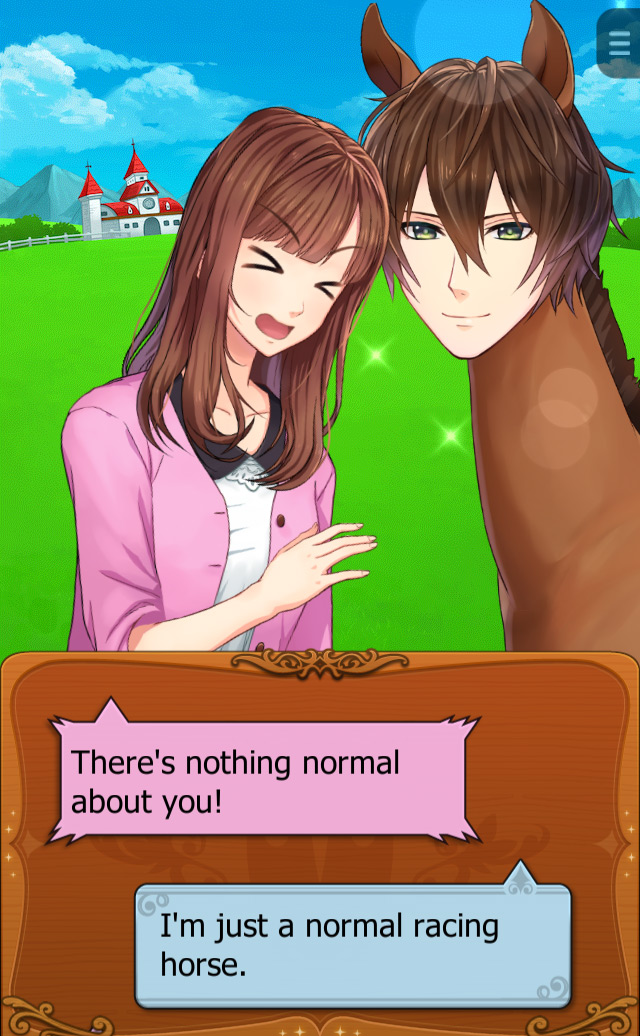 Players of My Horse Prince take on the role of an overworked city girl who travels to a ranch for some much-needed downtime. Having had no luck dating in the city and based on the logic that princes ride horses, she hopes to also meet the man of her dreams. However, the first horse she encounters has the face of a beautiful man and can speak, and she finds herself involuntarily attracted to him. The rancher claims Yuuma is just a normal horse, she must have special powers as someone born in the Year of the Horse, and basically just to go with it.

The girl soon finds herself appointed as the owner of her horse-crush and in charge of training him to race. The majority of the game plays out as a clicker similar to Alpaca Evolution, in which you tap the item goal of the current chapter—carrots to eat, treadmills to run on, etc.—and Yuuma will follow your instructions, building his affection for you one item at a time. He has a limited amount of energy to do these actions, which can be replenished through short conversations where Yuuma asks you a question and your answer determines how much energy he gets back—an answer he loves will give back a lot while an answer he hates will detract energy. Once his affection bar is filled, “your bond” will grow and you’ll enter the next chapter where a new event and tapping challenge awaits. 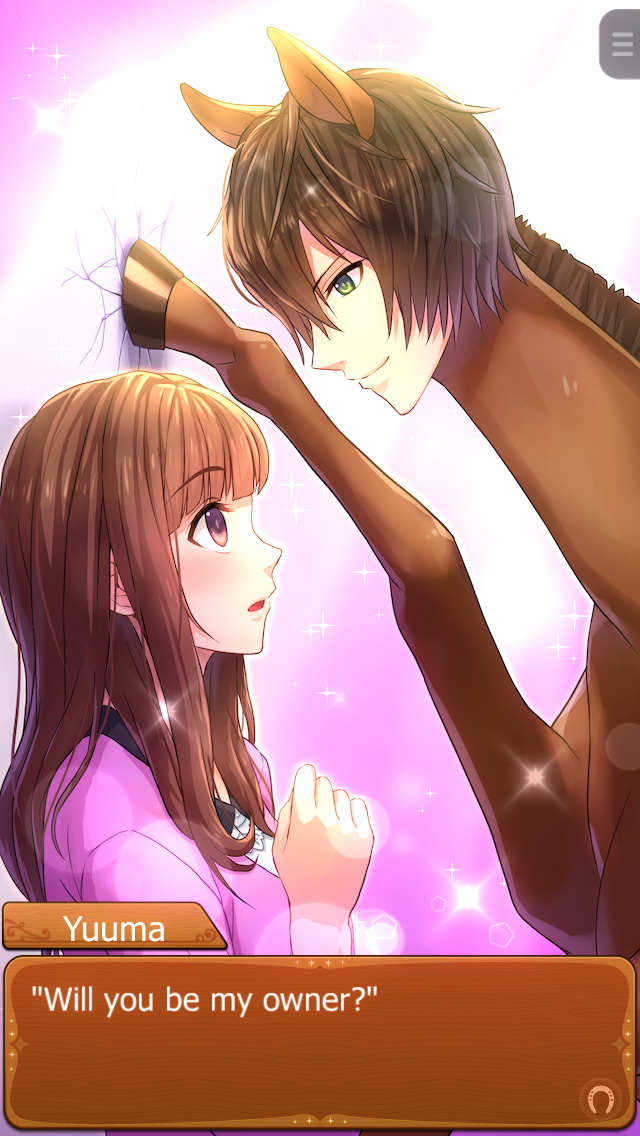 It is, as it sounds, pretty absurd, but the game acknowledges the ridiculousness and your character is in a constant state of shock and confusion over the whole situation. Of course, she continues to go along with it and ends up with an apron-wearing horse cooking her breakfast one morning, so she’s not too perturbed. The game is much more clicker than dating sim or visual novel, since your conversations with Yuuma each chapter repeat and once you learn his favorite response you can reuse it again and again. But there’s a strange draw to seeing what weird scenario your character will end up in next, how she’ll react, and if that horse will ever actually go in for a kiss after all that head-tilting and wall-leaning.

We have to thank TouchArcade’s Shaun Musgrave for discovering this game while it was still available only in Japan and piquing our interest. Or not thank him for turning us onto the horse-dating scene; we’re not sure which. It’s also worth noting that despite the insanity that is My Horse Prince, it’s somehow not the weirdest game USAYA has created. Just check out this steamroller-dodging stubbled Pikachu or this radish-climbing school girl. We have no idea what’s going on in any of these, but one thing we do know: an unsettlingly hot man-faced horse will always be waiting for us when we open our iPhone.