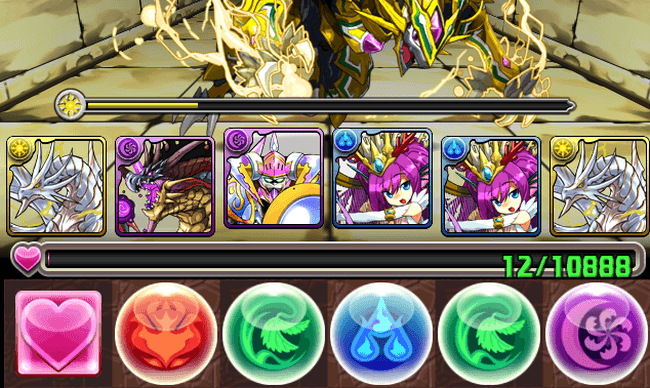 The Monster Hunter franchise is too popular to be called a cult hit, but it’s still the kind of thing that makes people who haven’t experienced it wonder what all the fuss is about. Now, mobile gamers will get to be in on it too thanks to a brand new collaboration with Puzzle & Dragons, a game that knows all about this kind of team-up.

Through July 23, Puzzle & Dragons players will be able to join forces in groups of three to tackle an all new multiplayer dungeon that appropriately focuses on stalking some of the most dangerous monsters out there. Available in difficulty levels ranging from Intermediate to Ultra G, the dungeon includes the likes of Amatsu, Valphalk, Kirin and Rathalos. Monster Hunter aficionados should already be nodding their heads.

Everyone who logs in during the collaboration period will receive the Male Hunter character for free, and the Female Hunter can be obtained by finishing the Hunt-a-thon-Teams of 4 or less floor in the Monster Hunter Collab dungeon as a first time clear bonus. Both Hunters can be evolved into more powerful forms using material items conveniently found in the Monster Hunter Collab dungeon.

Finally, it wouldn’t be a Puzzle & Dragons event without a special Egg Machine. All players Rank 50 or higher will get one free pull on the Rank 50 Monster Hunter Egg Machine, which includes the following characters:

So whether you’re a Monster Hunter fan who digs the opportunity to see the brand represented in a different way or a Puzzle & Dragons player anxious to see what all the fuss is about, this limited time collaboration should do the trick. Be sure to hit up the App Store or Google Play to download Puzzle & Dragons for free sometime during the next few weeks and you’ll be on your way.