Miss the Moose is Circular Mayhem 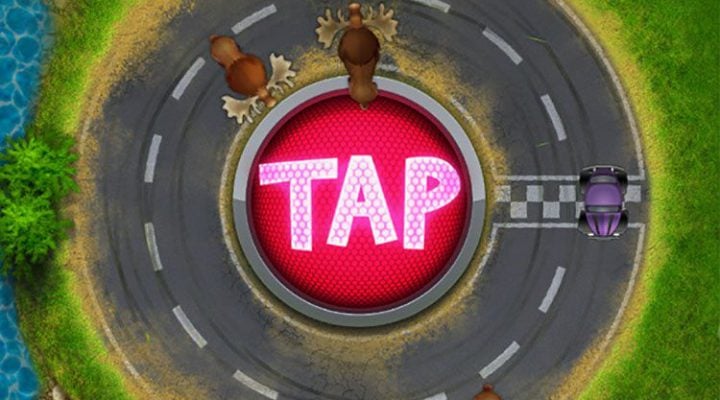 One-touch car games have been burning up the App Store lately — so much so that I’m afraid to pick up my phone without driving gloves, lest I be caught unprepared. Miss the Moose is one of the latest games in this craze, and it challenges players with a single task. Judging by the title, you can make a fairly strong guess about what that is.

Touching the screen to speed up (and lifting your finger to slow down), players will speedily zip around a circular track  that is absolutely littered with moose. (Mooses? Meese? I feel like the plural should be meese.) 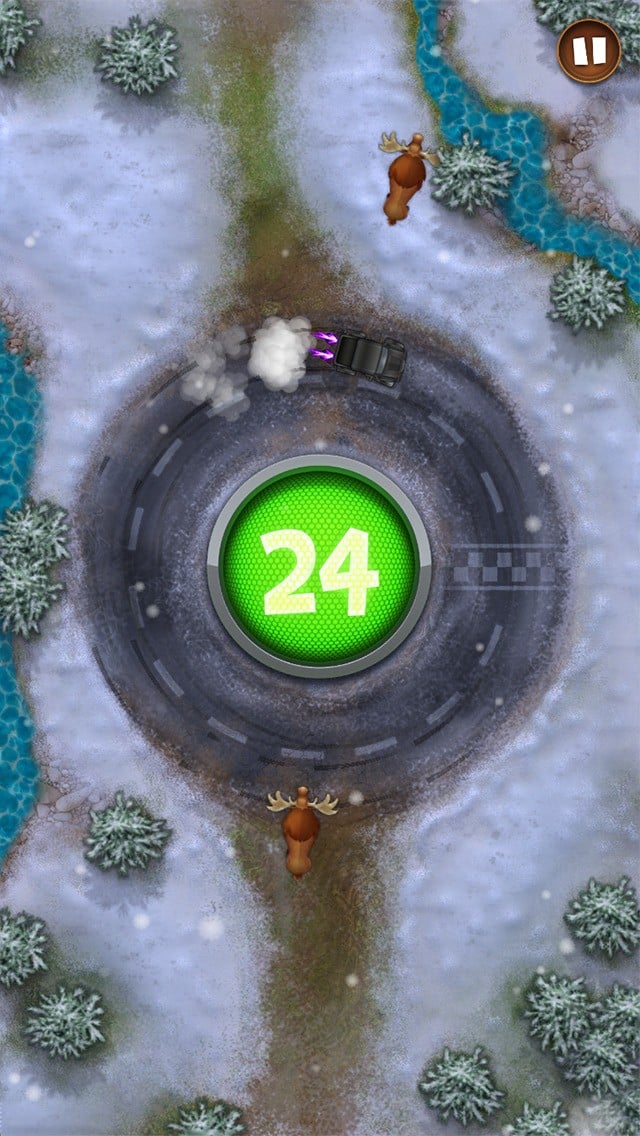 I’d make some joke about this being a game that’s clearly set in Canada, but I’ve lived on this side of the border my whole life and the only time I’ve actually seen a moose was at the Toronto Zoo. Go figure.

The trick to the game, as you’ve probably gathered, is to speed up and slow down at just the right times to avoid moose, bumping up your score with every lap completed. The game moves pretty fast, and if you’re as terrible at one touch games as I am, you’ll be lucky to reach a high score of 10. Doing so pays off though, as new vehicles are unlocked when you hit certain milestones like that.

Miss the Moose isn’t the only one-touch driving game worth checking out lately (in fact, it’s not even the only one this week), but if going in circles and dodging meese sounds like your idea of fun — and it should — you’ll can Miss the Moose on the App Store as a free download.

Tap or Die Is a Deceptively Charming Idle Clicker