Marvel Future Flight Gets Guardians of the Galaxy Update 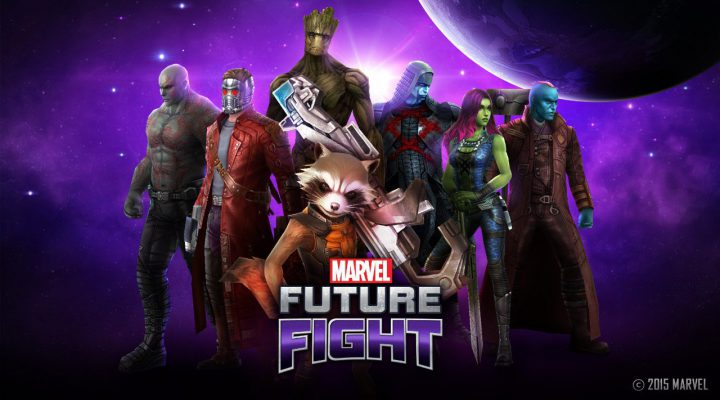 Today Netmarble announced that their Marvel-themed action RPG, Marvel Future Fight, has received an update that introduces Guardians of the Galaxy characters, a handful of game improvements, and a new gameplay mode, into the mix.

Specifically the update sees Star Lord, Groot, Nebula, Ronin, Yondu, Gamora, Rocket Racoon, and Drax added into the existing 45 character roster. Players interested in collecting these new characters will have to partake in the new “Special Missions” objectives, whereupon successful completion awards players with items that they will need to collect in order to unlock the Guardians of the Galaxy characters.

Additional updates have gone into the game that were directly influenced by user feedback. The press release accompanying the Guardians of the Galaxy content reveal specifically mentioned that it is now easier for players to collect their favorite characters, and character customization has been re-worked to be more user-friendly.

“This first update marks the first of what we hope will be a continuous stream of enhanced content and popular character additions,” said Netmarble’s CEO, Kwon Young-Shik. “We look to further the popularity of Marvel Future Fight globally through regular updates set to bring players a greater gaming experience.”

Adventure Time Appisode Lets You Play Through ‘Furniture and Meat’