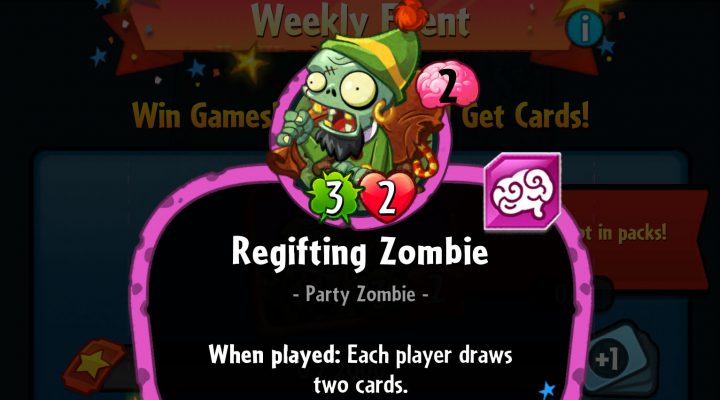 Everyone sing along now: “It’s the most wonderful time of the year!” By that I mean Feastivus, the time when a young zombie’s thoughts turn to roasting brains by the fire and plants all hope to give the undead what they really deserve. Plants vs. Zombies Heroes is new to this holiday, but it’s not getting left out of the celebration.

That means new characters like the Regifting Zombie have arrived, all set to celebrate the season. When played, he makes both players draw two cards, ensuring that things really get chaotic.

That’s not the only news for EA and PopCap’s card battler. Plants vs. Zombies Heroes also received its first significant general content update, one that focuses on a new card available each week. Victories in both single-player and multiplayer matches earn you tickets, which in turn can be traded in for the featured card. Using the specific Hero class spotlighted in that week boosts the number of tickets you can snag with each win. 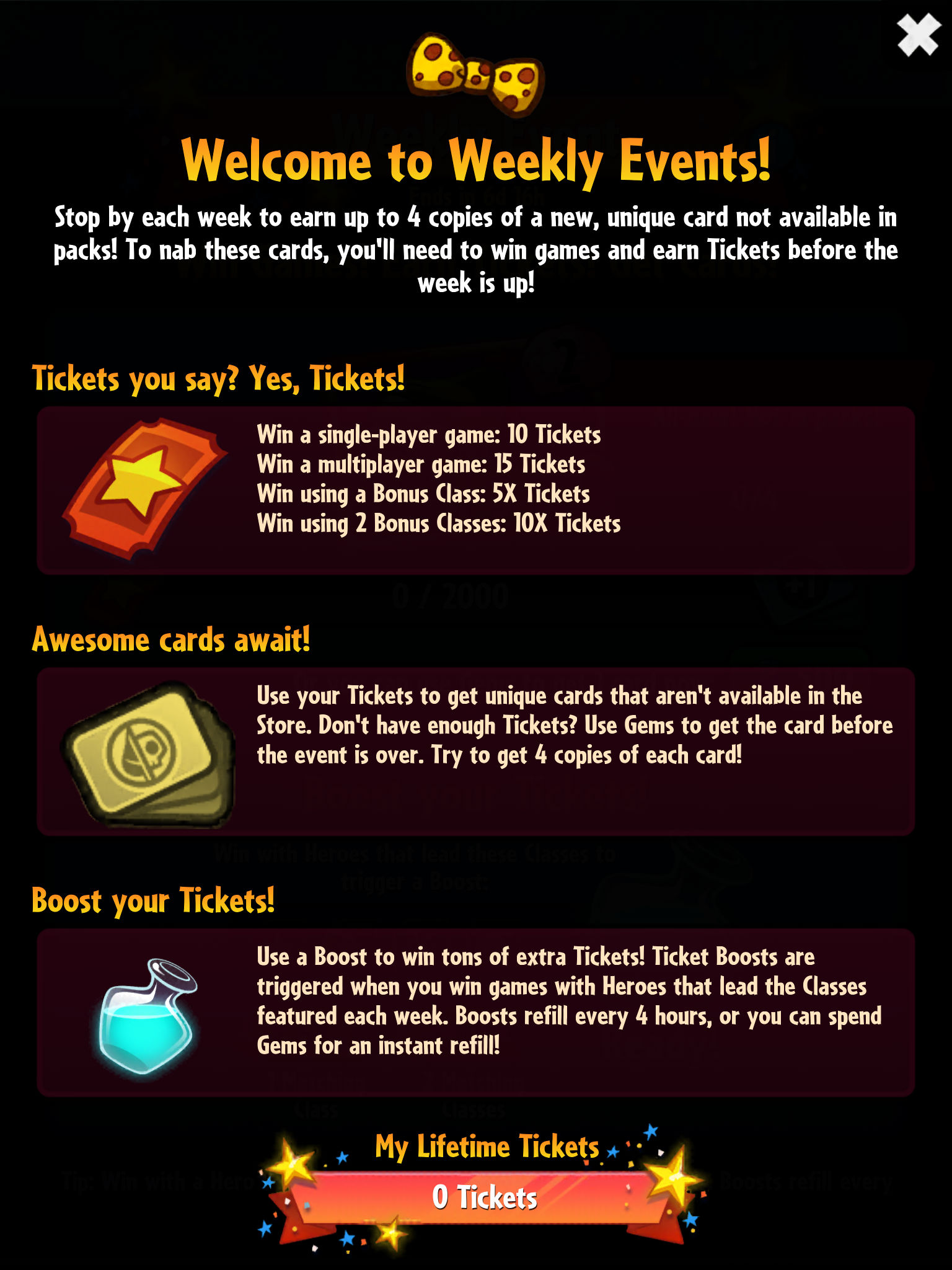 In that happy kind of synergy that the best mobile games employ, this week’s ticket event is themed for Feastivus. See? Synergy!

There’s also Feastivus activities going on in the other PvZ games, including Plants vs. Zombies 2 on mobile. There, the Missile Toe premium plant and special holiday prizes and costumes are the draw. You’ll want to check everything out that’s being offered as soon as possible, because Feastivus only comes but once a year. And honestly, while I like getting gifts as much as the next guy, our brains are probably better off for that.