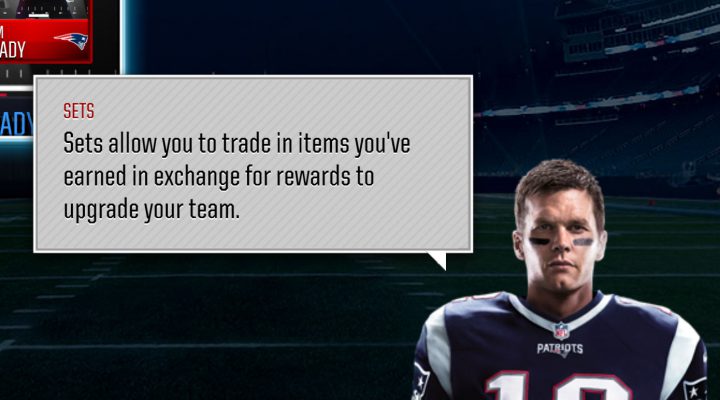 If you think about it, the Madden console franchise has always been about looking forward. The current game is always numbered for the following year, after all. So why should Madden Mobile be any different?

EA Sports is making sure it isn’t with a huge update to get players properly motivated for the upcoming NFL season, which believe it or not is just a few weeks away. Some of the changes are cosmetic, as Madden Mobile has received a graphical touch-up that extends to both the UI and the on-field action. Tom Brady, the gentlemen you might know as the face of the world champion New England Patriots, is also the face of the game this season, walking you through its new features.

One of the biggest of those features is Player Training. The goal is still to fill your squad with as many Elite players as possible, but now you can train them by using either special items or doing the most time-honored thing in any mobile game with card elements — sacrificing lesser players you don’t need — to make them even better. 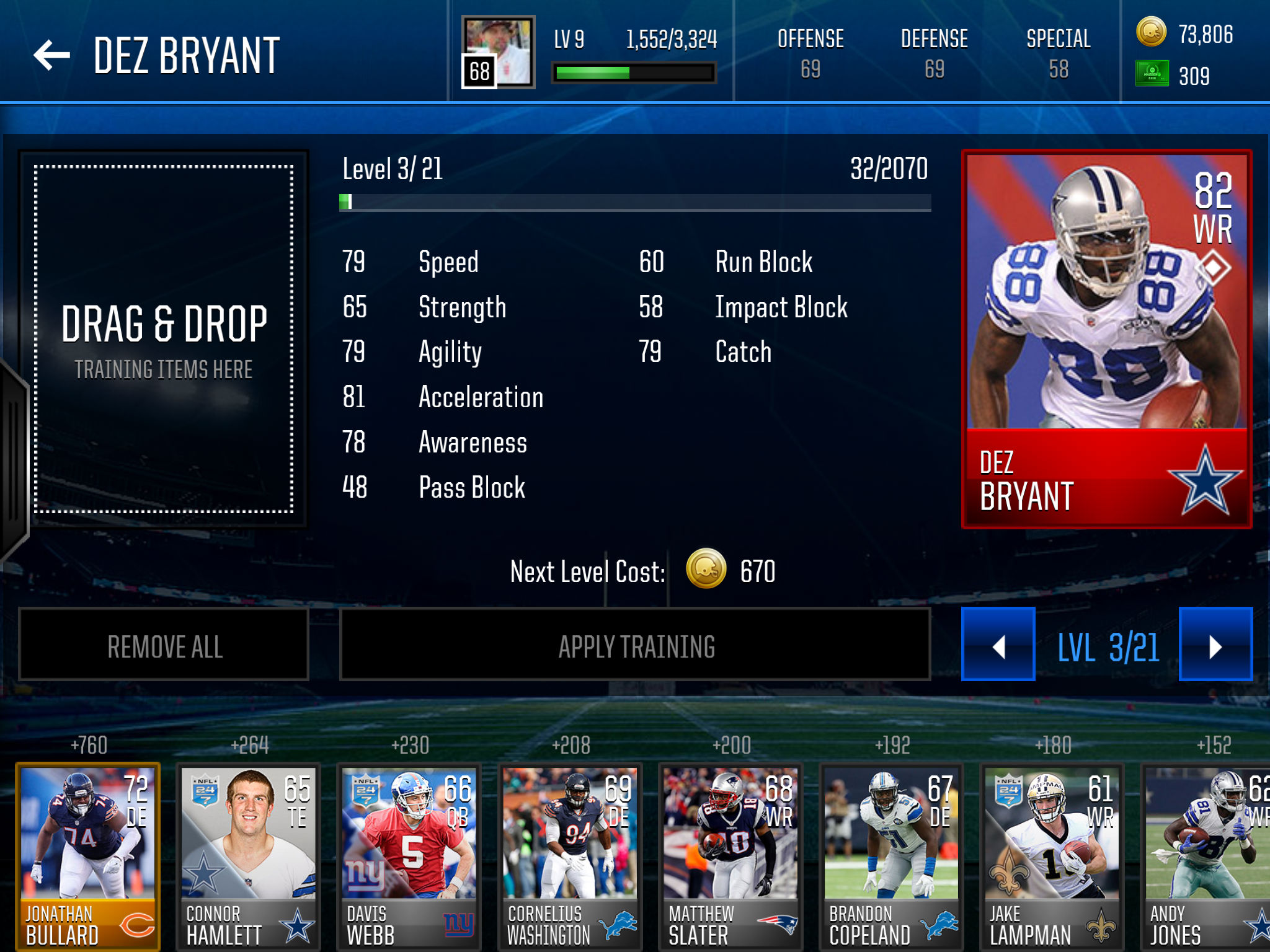 Also new for this season is a team Locker Room, which can be enhanced with Locker Items (makes sense, right?) that can earn you bonus item packs or tokens every day. Coach cards can be acquired and leveled up to give your team bonuses in specific situations as well.

Plus the somewhat confusing system of trophies has been simplified, as most Sets now require tokens that automatically apply when you conquer specific Live Events. And if you’re looking forward to the new Longshot mode in Madden 18, you’ll be happy to know that it makes an appearance here too, as you play through the high school careers of Devin Wade and Colt Cruise with a chance to win upgradable versions of both players for your Madden Mobile team. 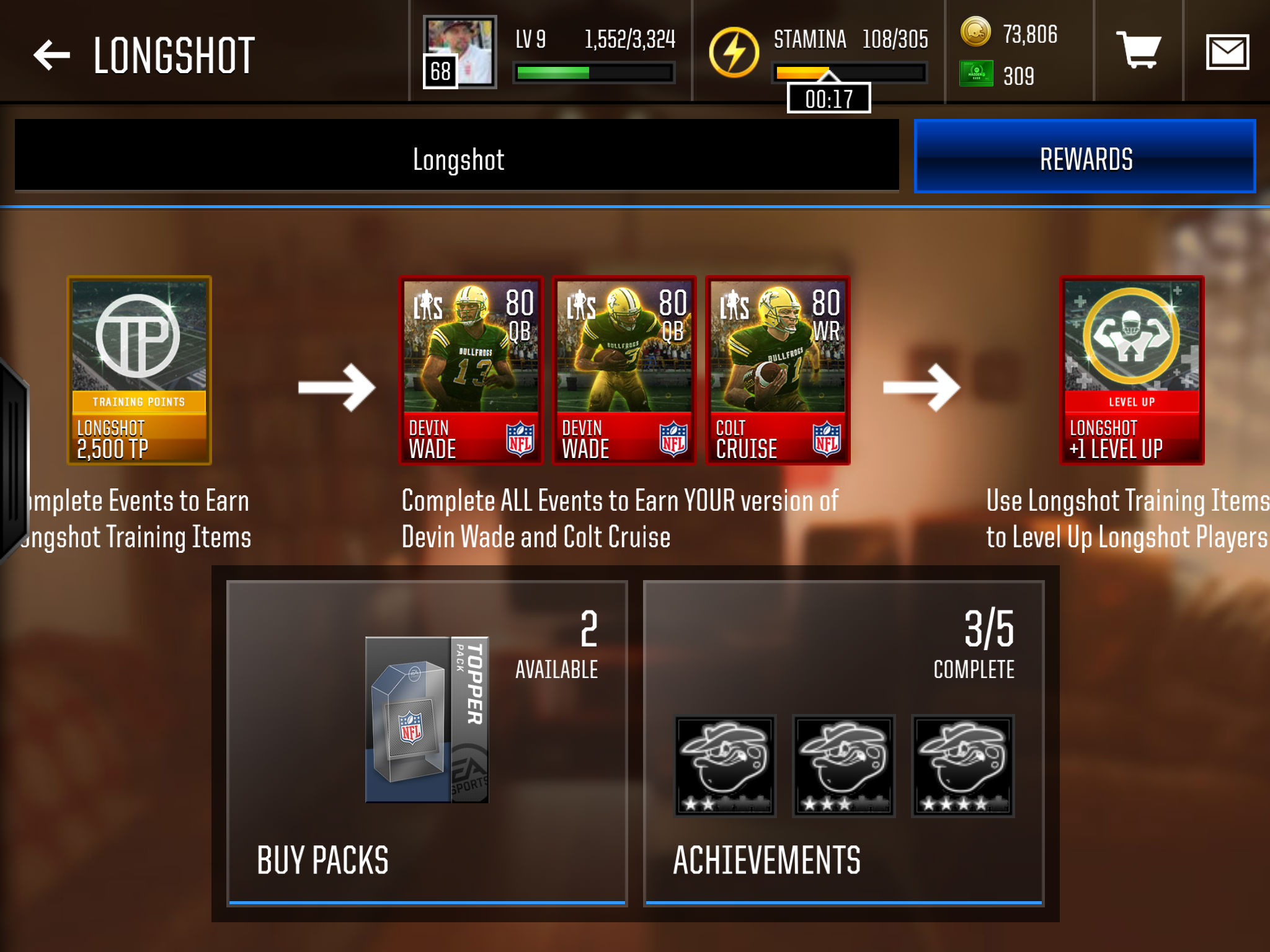 If you’ve deleted the game from your phone or tablet during the offseason, this is the time to jump back in. You can’t miss the updated version since it very prominently features a screaming Tom Brady face, and you can grab it now for free from the App Store, Google Play or Amazon Appstore.

Facebook Helps Find the Clash of Clans Builder in AR