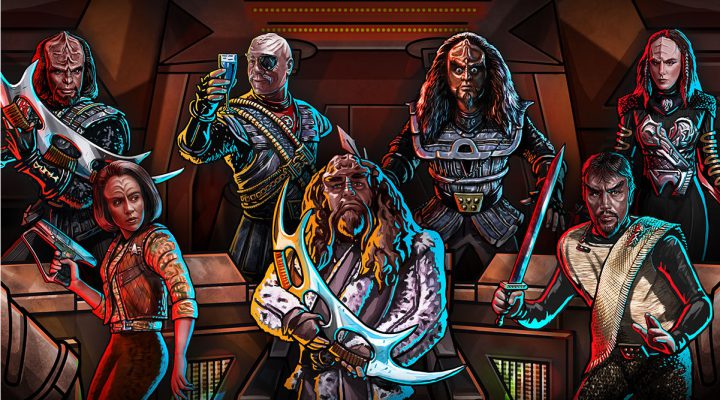 If you already knew that July was Klingon Month, you’re a pretty diehard Star Trek Timelines player. And if you also knew that we led the headline with “lop” because it translates into “celebrate” in the Klingon language, well, you might be stranding on the bridge of a Bird of Prey right now. We’ll let that slide since Worf was such an awesome dude.

In any case, yes, Klingon Month is happening right now, and Disruptor Beam has a big four-part event series that starts on Thursday, July 6. The first part is called “Scales of Power,” and will have players entering the perilous world of Klingon politics. Chancellor Martok is missing, and multiple forces would like to fill his seat on the Klingon High Council. As with most everything in Star Trek Timelines, your decisions will help steer the course of the story, leading either to economic prosperity by any means or tolerance where there was once only bloodlust.

Naturally, new characters and rewards are part of the deal, including Kortar the god-slayer. You’ll also find special Klingon-themed Gauntlets and limited time only distress calls.

To top it all off, the devs have cooked up this spiffy Klingon Month trailer.

To find out if it is, indeed, “A Good Day to Lie,” you’ll need to hop into the event and do your part to save the Klingon Empire. You’ll need to beam Star Trek Timelines onto your mobile device if you haven’t done so already, and you can do that by setting a course for either the App Store or Google Play right now.