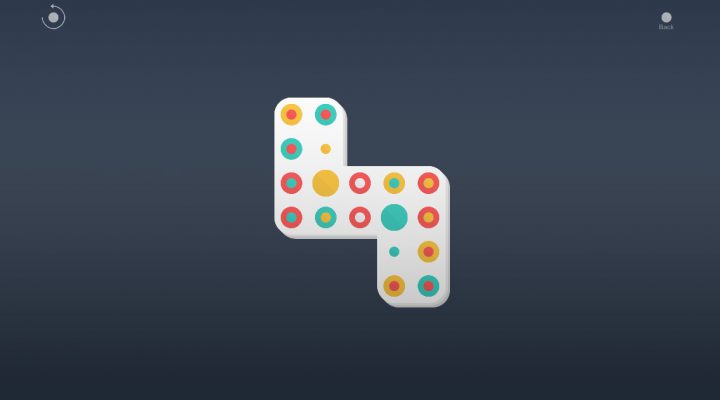 Two of this week’s new releases that caught our eye share a crisp minimalist aesthetic and the strangely satisfying goal of interlocking rings and dots that, as the subreddit r/Perfectfit desires, “fit perfectly into each other.”

The first, Think Shift, is a deceptively simple variation on sliding block puzzles. It features variously shaped boards filled with colored dots and rings, with the goal of sliding each ring to its matching dot. At the beginning of the game, this means sliding a few rings in two different colors around a fairly small board. As you progress, however, more colors are added and the distance and obstacles between matches increases. 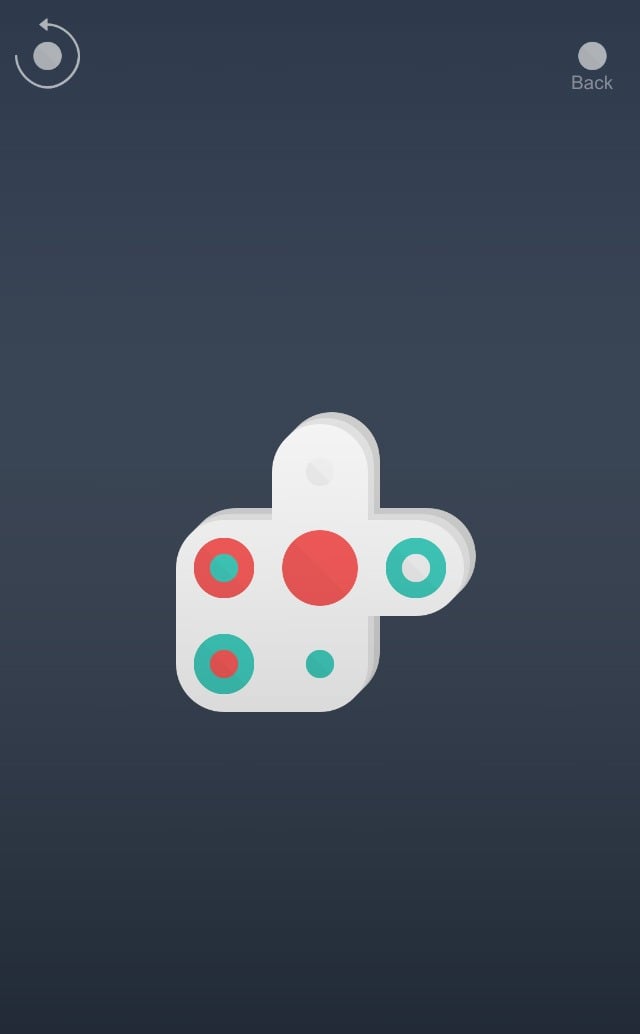 Dots cannot move at all and rings cannot pass over another ring, so there’s a lot of rearranging needed for even simple rotations. There is no timer or move counter, so players are free to swap and slide endlessly until they’ve paired up all the shapes, resulting in a laidback yet brain-stretching challenge.

The other addition to the App Store’s apparently new dots-in-rings genre is Rings, whose focus is on high score-chasing as opposed to level-solving. Rings presents you with an empty 3×3 board and a set of three movable objects. These objects will be some combination of outer, center, or middle rings, as well as one of a wide range of colors. You might, for instance, have a green center ring, a blue outer ring, and a yellow and red outer and middle ring—the latter of which is a single object. You have to place all three objects somewhere on the board, and you’re allowed to stack one center, one middle, and one outer ring in a single spot. 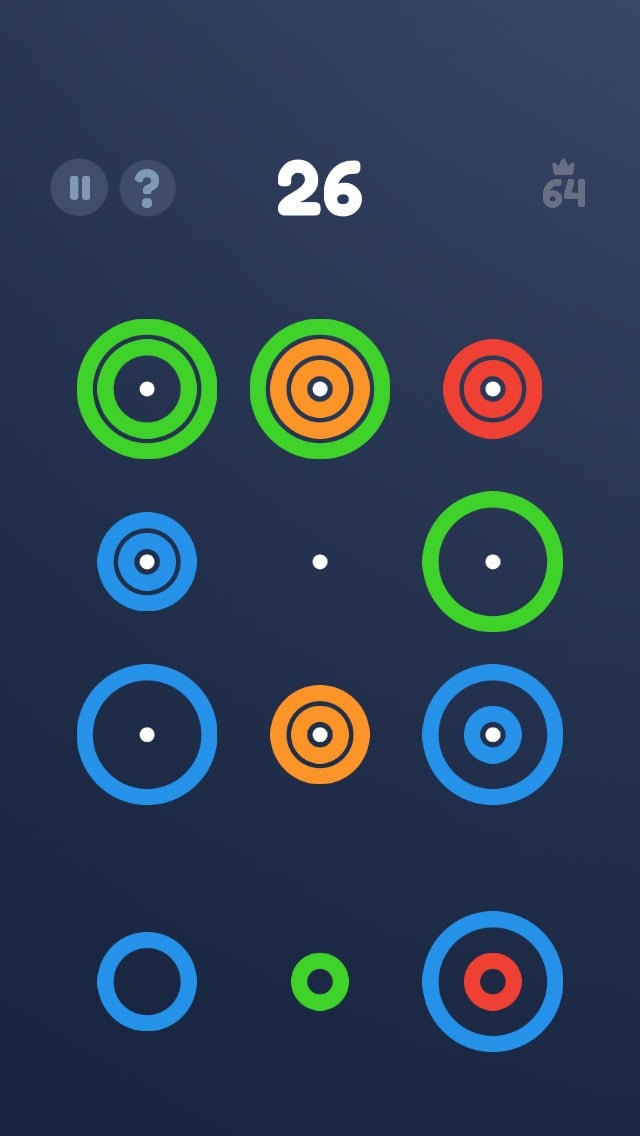 As you fill up the board, you’ll begin making color matches. If you have the same color in three locations in a row, column, or diagonal; or if you put the same colored center, middle, and outer rings in the same location, then that color will be removed. This earns you points and opens up new spaces on the board so you can continue playing: the game ends when the board is full and no more moves can be made. It’s sort of like a match-3 version of the Rock-a-Stack from everyone’s childhood, or a very simplified, 2D Tower of Hanoi.

Whatever you want to compare it to, it’s fun. Between the two, Rings has been our go-to puzzle game this week, scratching that “just one more try” itch that so many of the best mobile games satisfy. There’s a combination of luck and strategy and settles it in the sweet spot of difficulty and a variety of score multipliers that allow you to try different approaches on subsequent playthroughs as you make stacks on stacks on stacks (of rings).