Injustice 2 Fights Onto the App Store a Day Early 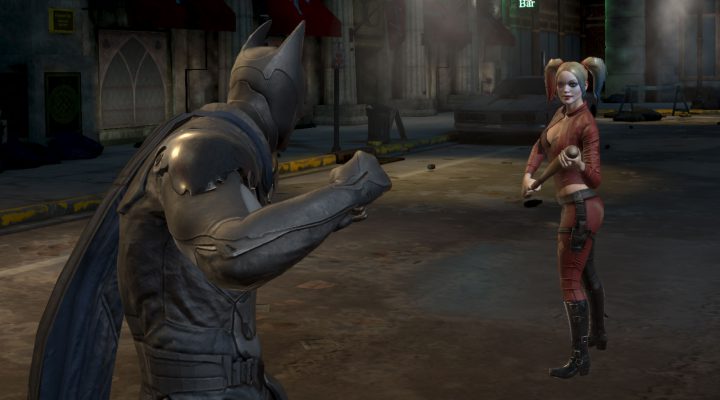 This is why it pays to keep an eye on the App Store at all times. Injustice 2, the mobile companion to the console fighting game of the same name that is due out next week, was expected to drop on Thursday. Instead, it’s already out for iOS.

(Sorry Android users, but the pre-registration page is all that shows in Google Play for now.)

So what can we tell you about Injustice 2 having spent some time with it before we thought we’d have our mitts on it? Like the first mobile Injustice, you form a team of DC heroes and villains from an alternate Earth where the Joker manipulated Superman into turning bad and things got worse from there. Gorgeous animated scenes introduce returning and new faces, as well as the threat of a famous Superman villain who threatens what little stability this world has. 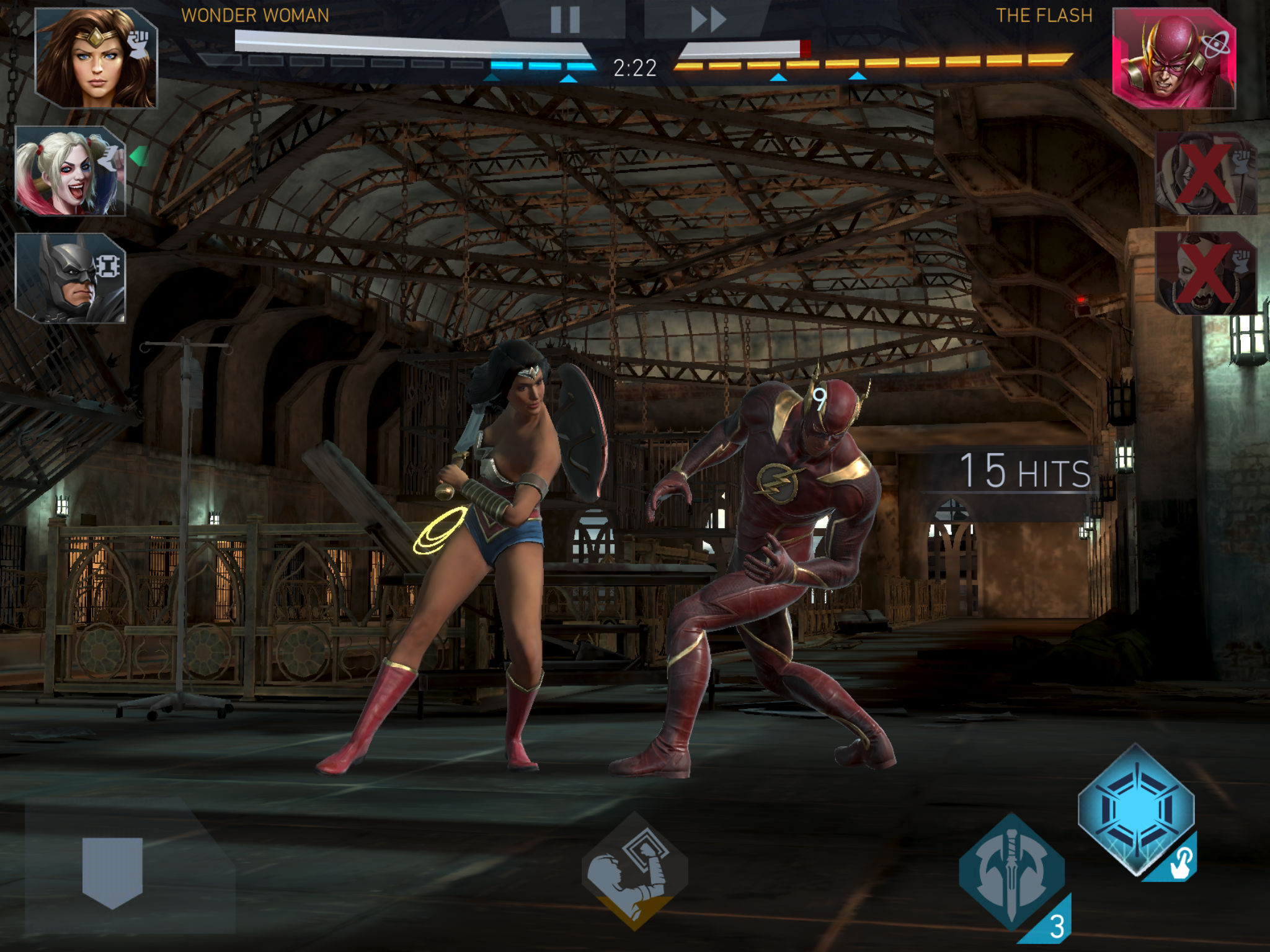 In the game’s story mode, you can fight through chapters of the game as specific characters. But the meat of the gameplay is in the campaign and arena modes, where you take teams of three fighters and fights against teams of enemies (sometimes larger than your own in the campaign) in classic one-on-one fighting game style. You can tag in one of your other team members with just a tap, and a class system means everyone has an advantage over one other class and is weak against another.

The controls use a system of taps and swipes for attacks and buttons for blocking and special moves. It’s not quite as intuitive as games like Transformers: Forged to Fight but not overly complicated either. Naturally, there are insane special move sequences for every hero and villain. 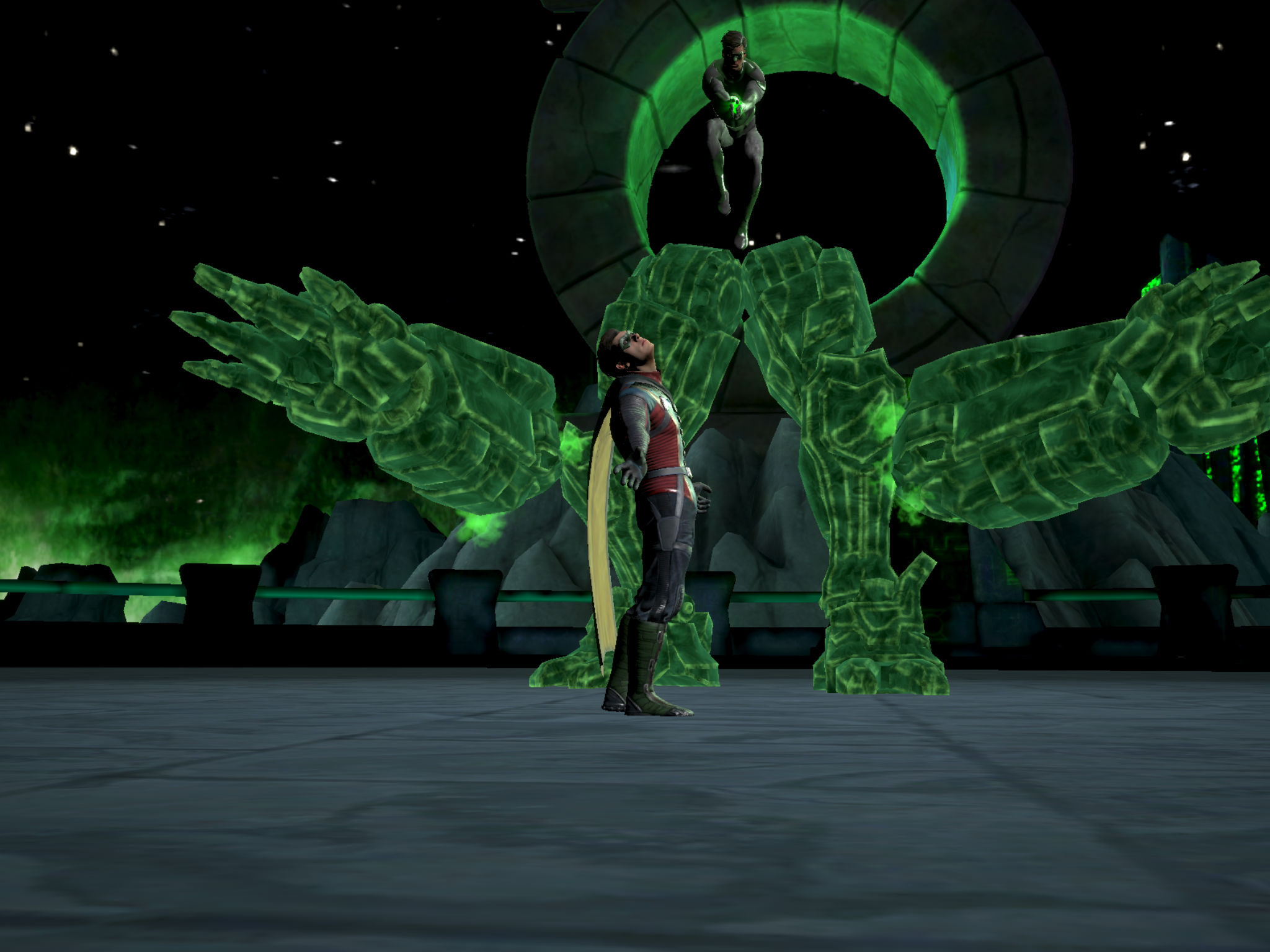 The biggest change from the first Injustice is that there’s no longer an energy system for each specific character but rather a more standard mobile game convention of energy for your entire team. The gear mechanic that seems like a big deal in the console game is present but in a much more basic form.

Injustice 2 also does the shard thing when it comes to unlocking and tiering up its heroes and villains, so expect to be playing a lot chasing shards for your favorite characters. We’ll have a review and guide as soon as we can spend a few more hours kicking the snot out of that arrogant evil Superman, and buck up Android users: Thursday isn’t too far away.