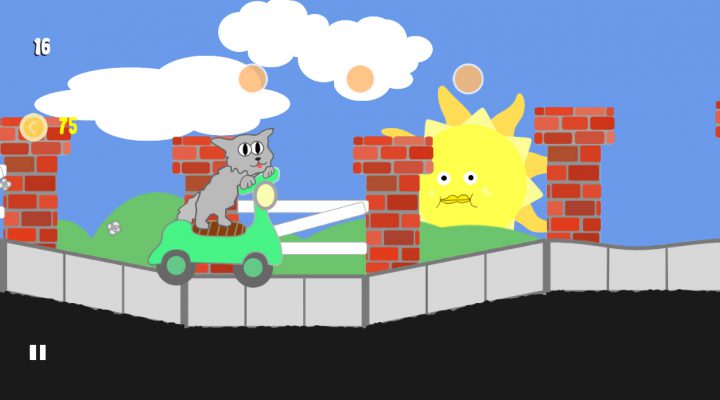 I know there are tons of great, must-play games released on mobile every week. There will never, ever be a shortage of apps to choose from, and my current backlog on mobile alone is over 400 games long. Even if I played a new game every hour, every day, I would never catch up. And yet I will never come close to even that small bit of progress because I’ve been spending all my time this week playing Cat Moped. 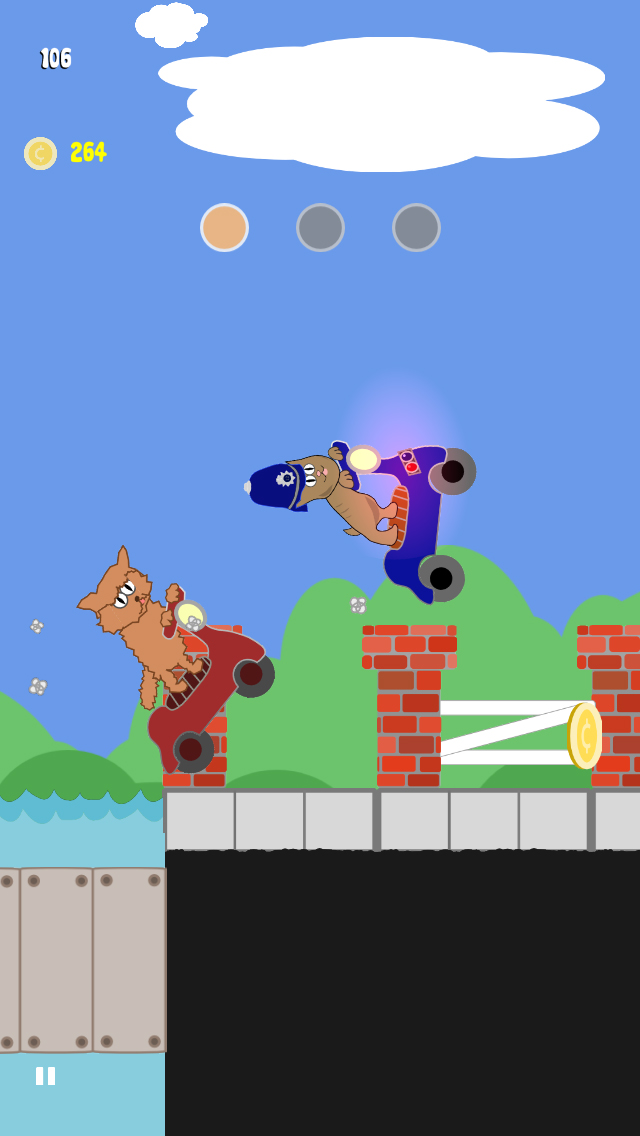 At first glance Cat Moped looks a little rough around the edges, with its simple cartoon graphics and doe-eyed cat icon. But this is an absurdly charming, surprisingly detailed, and straight-up fun endless physics game. You’ll send your cat along under-construction roads with one-tap nitro boosts, dipping through hills, ramping over puddles, and bumping past orange cones. You have three boosts available that recharge after use over time, so there’s a strategy to deciding when to boost: use all three to send your cat flying or save one in case he starts to tumble?

And tumble he shall, as Cat Moped’s physics are a loose, wobbly mix of weight and speed that does require getting used to. It takes a few tries to get the hang of: the first four attempts I made saw my cat turn over and scrape his head on the ground, ending the run immediately. But after some practice boosts, I began to get a handle on my moped, and realized that there’s a fluidity to the physics that is controllable but still wild enough that you may end up spinning through the air without intending to. Luckily, your cat can somehow still drive even when turned on its side, allowing last-minute saves before he bumps his head and lets out a run-ending mrowr. 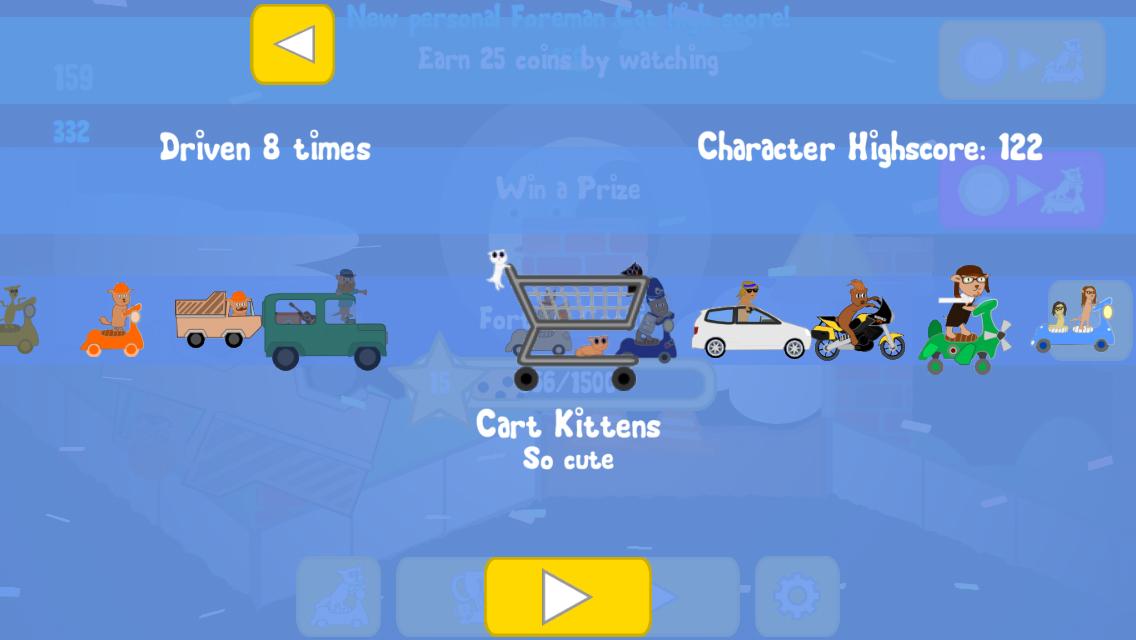 What’s even more enticing is there are 26 different characters to unlock, and each has slightly different handling. The starter cat, Muddle Mo (“the moped master”), is extremely lightweight and goes flying at the slightest tap. You’ll really need to use boosts in tandem to keep him from careening head-over-paws into a hill, and he’ll still probably end up flying wildly across the screen without warning. Yet Cat Knight, who uses the same type of moped, has a long flail-tail that keeps him grounded and almost impossible to move even with multiple boosts. Foreman Cat drives a dump truck that is very heavy and difficult to flip, although the back part of the truck is always coming loose. And Cart Kittens simply go flying off their ride at the slightest tap, making for an exhilarating yet sad trip as you inevitably leave some of the kittens lying on the sidewalk behind you.

The game is full of these little bits of kitten-flinging charm, like always-watching sun that gives way to the equally-creepy moon as you drive far enough that day becomes night. Collecting coins allows you to unlock new cats (and other vehicle-loving creatures), but you’ll also get a “fortune cookie” proverb every 10 coins, which is sometimes a real inspirational quote, sometimes an The Office reference, and sometimes a line from one of the cats themselves. There is a level-up system that earns you points for wild driving and completing flips and awards bonus coins each level, as well as a Bobby Cat who randomly shows up and chases you with sirens blazing, and sometimes just topples over and becomes another obstacle in the road. 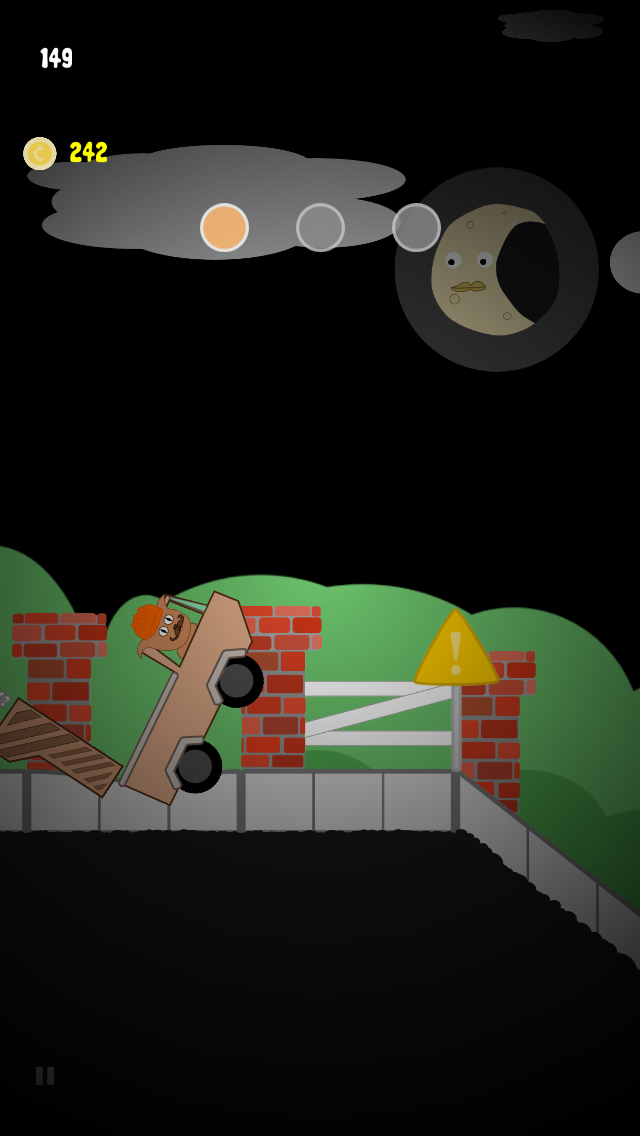 There’s really just a lot going on in a game that looks simple on the outside and has such straightforward, one-touch controls, but actually contains tons of depth and replayability. For high score-chasers, there are separate leaderboards for every type of cat, so once you master mopedding you can move on to the challenge of Surf Cat’s jeep or BatCat’s batcatmobile. And, considering the game was just updated on Oct 31st with new characters, there will almost certainly be more cat variations to fling and flip in the future, more reasons to keep playing Cat Moped instead of anything else. And I’m totally okay with that.

Catch Coco is Pokémon Go with Conan O’Brien (and Prizes)