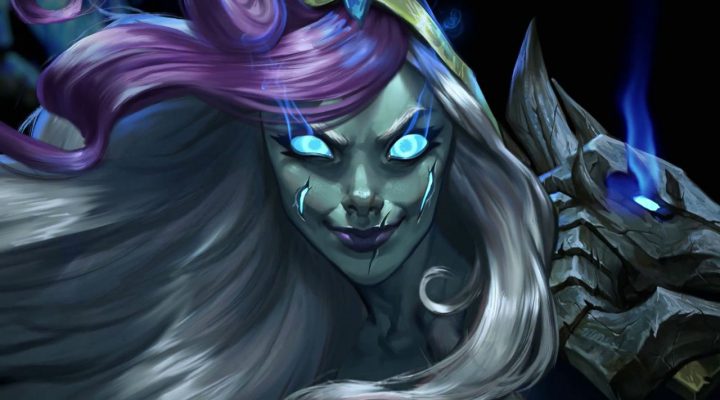 A company like Blizzard really should know how to concoct good ice-themed content, and it’s done exactly that with the latest Hearthstone expansion, Knights of the Frozen Throne. Just announced during the Hearthstone Championship Tour in Shanghai, the expansion doesn’t just bring new cards —though it certainly delivers in that respect, with 135 new cards — it also offers a series of free missions that take players to Icecrown Citadel, the Lich King’s frozen fortress that awaits in Northrend.

Of course, confronting the Lich King comes with no small amount of peril, and could end up with your Heroes transformed into Death Knights. It’s not all bad losing your soul, though, because nine new legendary Hero Cards modify the powers of familiar Heroes and give your opponents something new to worry about. In addition, the Lich King has introduced the new “Lifesteal” keyword that heals you for the damage you do.

Blizzard already has a chilling developer video that explains more about the Death Knight Hero cards and how Lifesteal works in battle.

You’ll be able to claim one of the Death Knight Hero cards just for playing and defeating the Knights of the Frozen Crown prologue mission. But perhaps the best part is that all of the expansion’s solo missions are free, a price that is always welcome. Successfully defeating the new bosses will earn you new packs along the way.

Knights of the Frozen Crown won’t hit Hearthstone until August, but if you simply can’t wait to get your hands on the new cards, you can pre-order a 50-pack bundle of packs from the expansion for the one-time price of $49.99. Just follow the icy winds to the in-game Hearthstone store, but be sure to bundle up when you do. Your chances of defeating the Lich King aren’t too good if you catch a cold.

Marvel Contest of Champions Welcomes Spider-Man: Homecoming to the Battlerealm