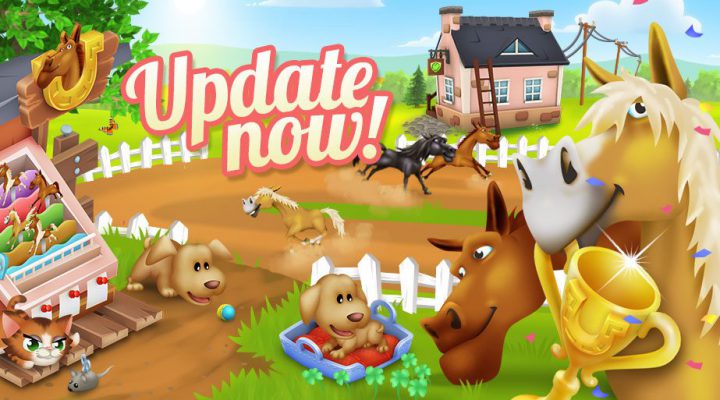 Earlier this week, digital farmers everywhere dropped their pretend pitchforks in a panic when Supercell’s Hay Day refused to connect. No need to panic, though: The popular mobile farming sim is back online with a big update.

The update introduces the Neighborhood Derby, which lets you and your neighbors challenge other neighborhoods to a friendly horse race. You move ahead in the derby by completing tasks. Perform well, and you might receive prizes. To join the thunder, simply tap on the derby stand near your neighborhood house.

There are tons of other updates too, including  kitten and puppy pets, and a Hat Maker production machine. Now you can join the races while wearing an awesome hat. Just make sure it’s secured when the race begins.

There are also various bug fixes and tweaks, none of which are as exciting as news about horse races, kittens, puppies, or hats.

Hay Day is free to download on iOS and Android, and the update is already available.