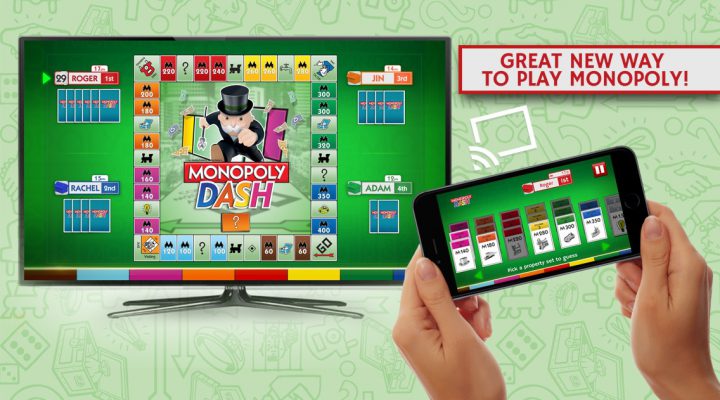 The available titles include Monopoly Dash [iOS/Android], Scrabble Blitz [Android], Connect 4 Quads [iOS/Android], and Simon Swipe[iOS/Android]. All four require Google’s digital media player, but the actual game apps can be found on both the App Store and Google Play (excepting Scrabble Blitz, though this may be a temporary oversight on Hasbro’s part).

Monopoly Dash is a card trading and dealing game that’s tied in with the world-famous board game. Scrabble Blitz lets you play Scrabble against friends quickly and easily, and its digital format eliminates the danger of your dog choking on a stray “X” tile. Connect 4 Quads brings screen swiping and rotation to the old checker-stacking game. And Simon Swipe presents a new way to experience the old copycat favorite. 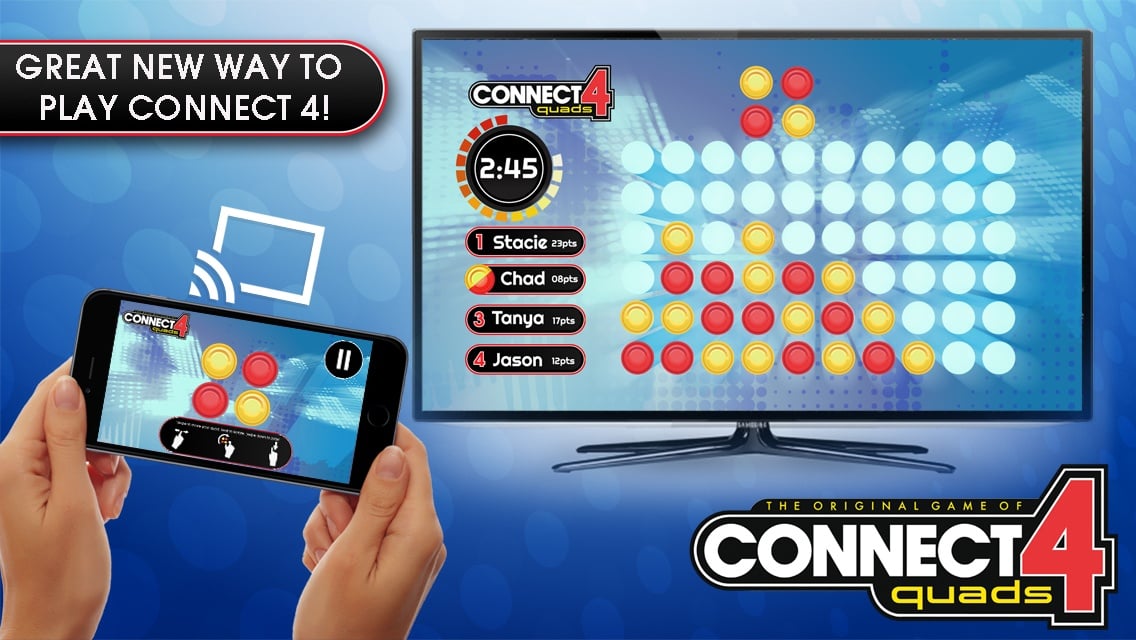 We haven’t seen much in the way of Google Chromecast games, but they’re not a complete rarity. We’re hoping to see more of this smartphone-to-TV gaming now that Android TV is kicking off with devices like the Nexus Player.

All four games are free to download, so get off your phone, gather the family, get back on your phone, and play.