Home / Play / Gremlins Gets a Tower Defense Game (in Japan)

Gremlins Gets a Tower Defense Game (in Japan) 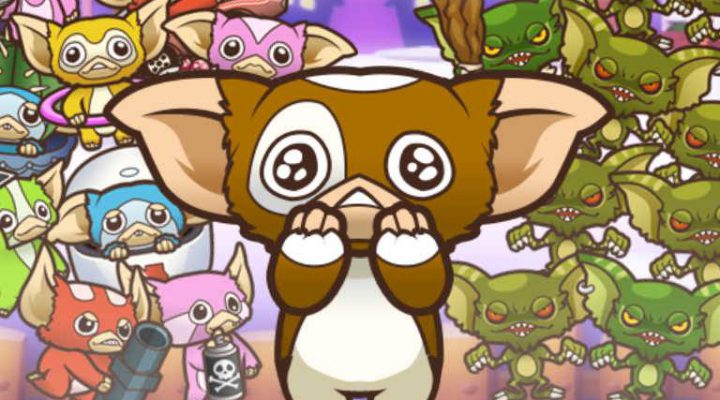 Gremlins from the titular Gremlins films are voracious, nasty little beasts with a taste for mischief and mayhem. But when you get down to it, the creatures Gremlins spawn from, the adorable, koala-like Mogwai, are hardly pacifists. Stripe tormented poor little Gizmo, but when the opportunity arose, Gizmo fried him for good.

Hacha Mecha! Gremlin Wars is a mobile tower-defense game that demonstrates just how vicious the Mogwai can become when they’re pushed into a corner. Unfortunately, it’s only available in Japan, and there’s no indication an English-language release is coming. 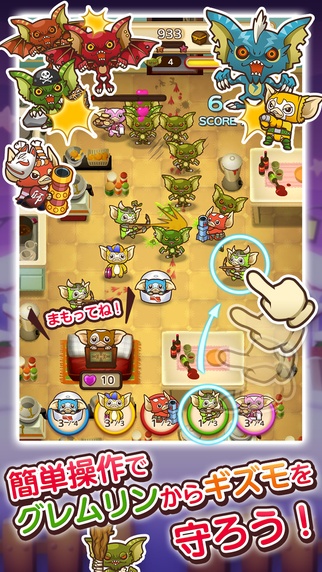 The action in Gremlin Wars takes place across several locations from the film. Gremlins move in a destructive path through a line of Mogwai, who wield weapons like clubs, crossbows, bowie knives, and even mortar cannons and poison spray. Hey, we said the Mogwai are vengeful.

The idea is to defend Gizmo, who’s asleep in bed even as the Gremlins advance on him. The Mogwai soldiers are charged with defending their leader’s slumber. It’s nice that Gizmo has friends. Where were they when he was getting his fuzzy butt kicked all over the place in the original film?

Hacha Mecha! Gremlin Wars is free to download. If an English release appears, we’ll definitely say something. In the meantime, if you have a Japanese iTunes account, you can have a go at it.