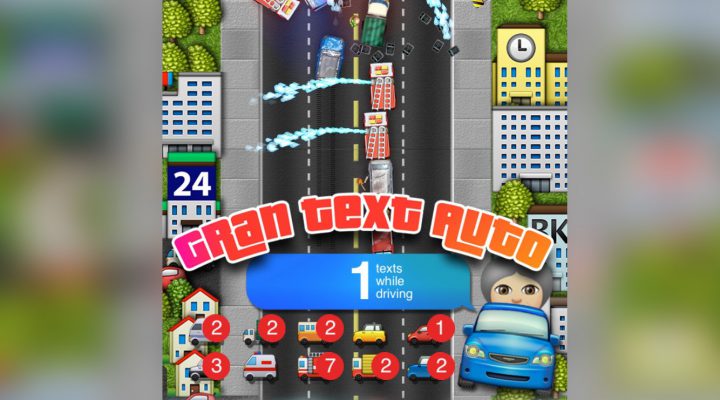 Gran Text Auto is the game you should be playing right now- as long as you aren’t driving, of course. Our heroine is a sassy Grandmother who has a texting addiction that gets her into a lot of trouble… and car crashes. Gran is now behind the wheel again and your job is to text for her on your keyboard while helping her avoid traffic by tilting your device to steer. 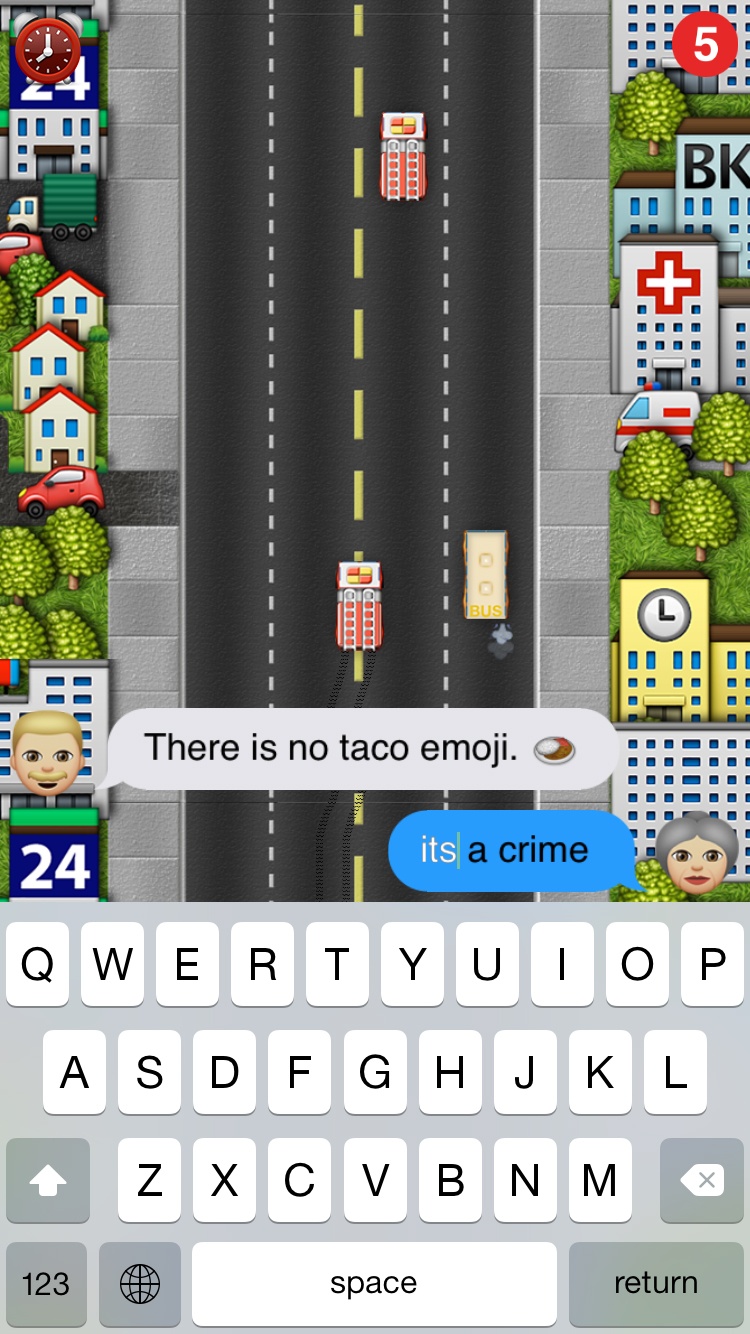 The game is essentially a high score chaser that uses a top-down endless runner mechanic. However, the clever combination of typing and tilting is surprisingly challenging and entertaining. I was impressed by how fresh the gameplay felt and I was motivated to keep playing just to see more of Gran’s interactions. Gran’s unapologetic use of millennial lingo and pop culture references will keep you chuckling as you try to navigate, which makes staying on track even more tricky.

And the Golden Girls theme song along with Gran’s snarky comments adds to the fun. 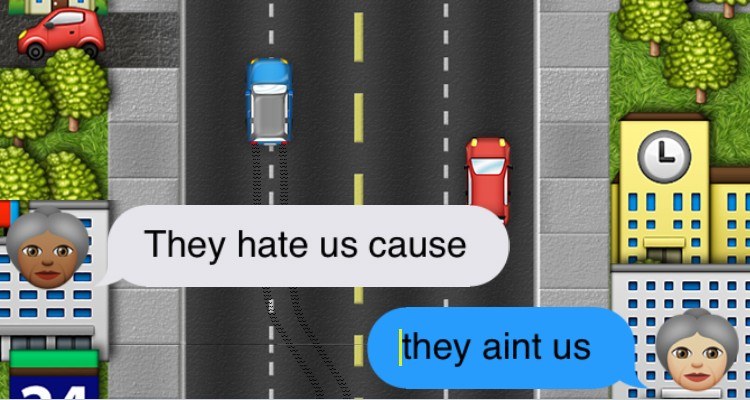 Though the goal is to get as many successful texts as possible, even losing has its treats. After you inevitably crash, vehicles will continue to pile up, dropping emoji body parts in the wreckage. You’ll earn cheeky achievements based on crash counts and successful text counts alike, as well as the ability to collect cars for Gran to drive.

The game is free to play on iOS with a $0.99 IAP that will remove the ads and unlock the coveted Golden Gran. So if you have a penchant for texting and driving, avoid the real-world dangers and take a ride with Gran Text Auto instead. It’s available on the App Store now.