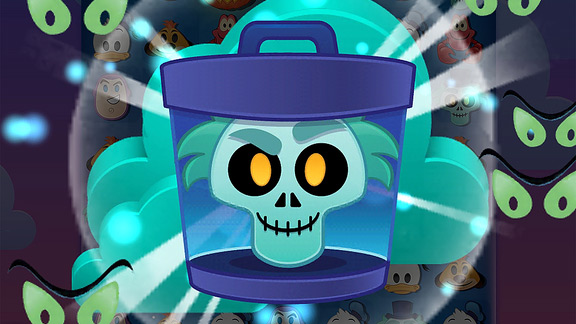 Let’s be honest: even though Disney Emoji Blitz is a solid puzzler that provides fast-paced match-3 mayhem anytime, its real draw is its adorable emoji characters. If it wasn’t packed with smiling Simbas and heart-eyed Dorys, would we still be playing it? Probably not. Luckily, it is, and we are, and its latest content update reinforces that decision.

Adding to the 600-strong list of collectible in-game emojis and out-of-game icons, Disney has introduced Hatbox Ghost from The Haunted Mansion and Abominable Snowman from the Matterhorn. Both of these new faces are inspired by Disney park attractions and showed up just in time to celebrate Halloween, although they’re of course still more cute than scary (especially Abominable Snowman with his pinchable bushy eyebrows). In addition to the two new characters, there are tons of October-appropriate items to collect, such as candy corn, a witch hat, a black cat, and a Mickey Mouse jack-o-lantern. 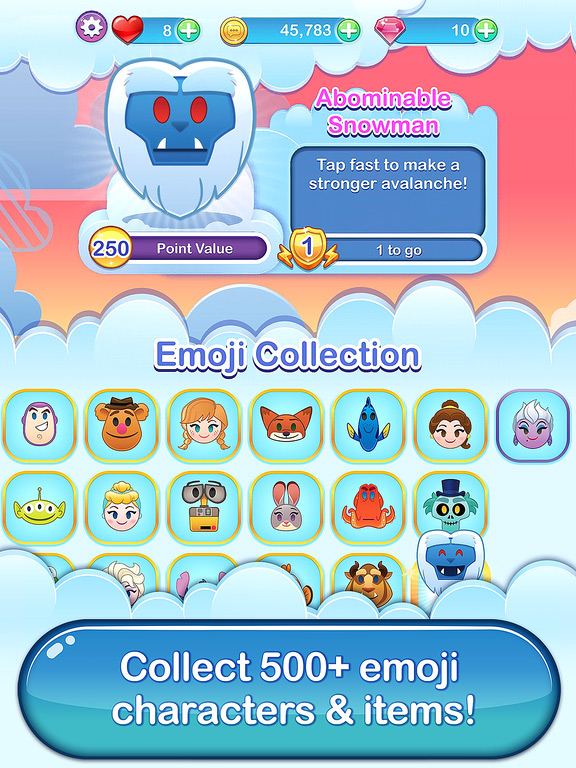 All of your acquired emojis and items are of course unlocked in the Disney Emoji Blitz keyboard, but this update also adds your collection to the sticker pack in iOS 10’s iMessages. Stickers work the same as the keyboard, displaying only the items you’ve already earned in-game, but they’re a nice addition for those of us who want to paste Wall-E faces all over our conversations.

Is your emoji roster still missing your favorite character even after this update? You’re in luck: Disney is hosting a poll to decide which character to emojify next, with 15 options available to choose from. There are some great picks listed, including Inside Out’s Sadness, The Lion King’s Scar, and DuckTales’ Scrooge McDuck (our vote). At the moment, Tangled’s Rapunzel has a strong lead with 16% of votes ahead of the second place Maleficent at just 12%. (Alas, Scrooge is way down at 3%.) The poll will only be open until October 23rd, so be sure to cast your vote in the next week if you want to see a particular face appear in the next update.

Until then, Hatbox Ghost, Abominable Snowman, and all the Halloween goodies are yours to collect at any time: the Disney Emoji Blitz Halloween update is live right now.

Rodeo Stampede Takes You to the Outback in New Update

The Profound Experience of That Dragon, Cancer