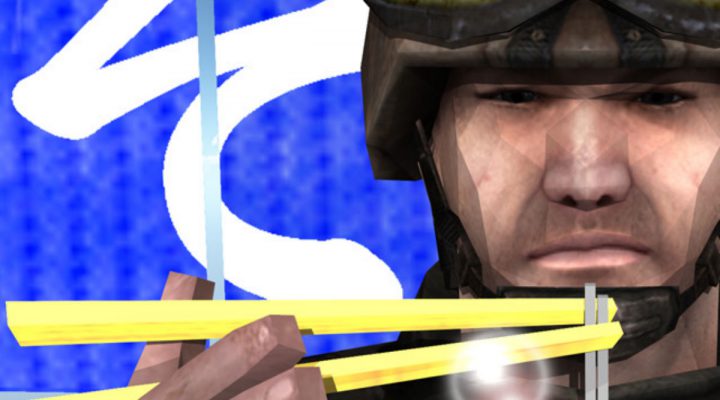 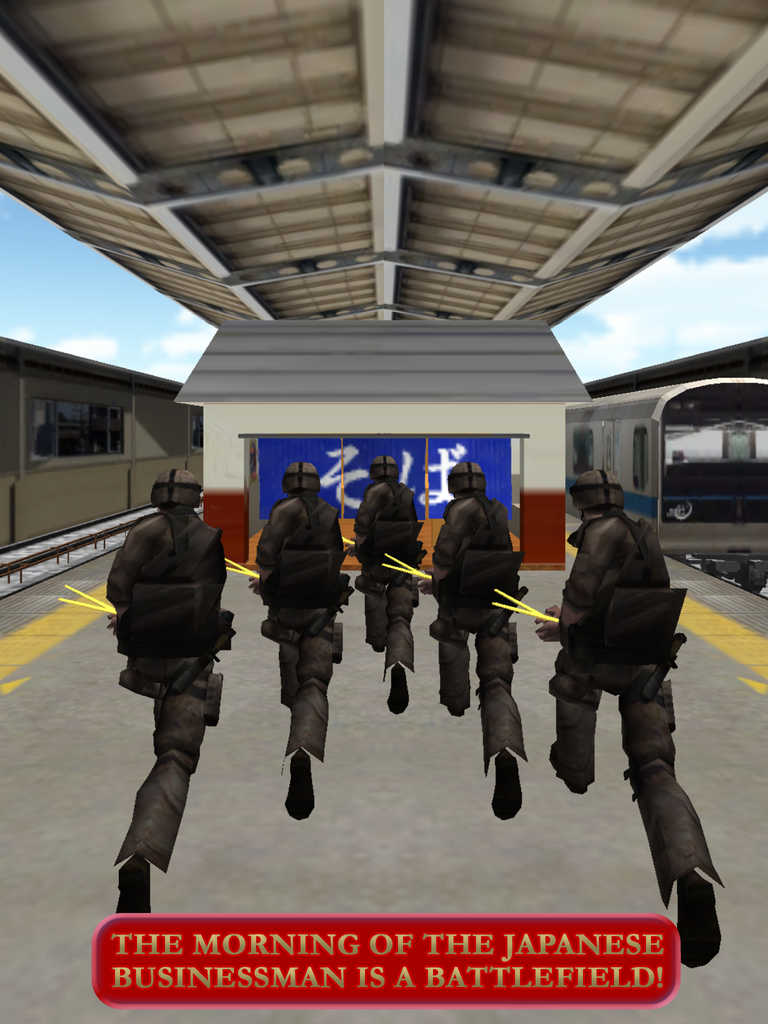 And you thought FPS meant first-person shooter, right? Well, not according to this crackpot game from marchEnterprise, which gives its soldiers quite a different task than the usual aim, shoot and kill scenario.

Soba, in case you’re wondering, is a type of thin Japanese noodle made from wheat flour. Not something you often find in a video game, particularly one with heavily armed soldiers running down a railway platform in search of lunch.

I don’t know if it’s just a language barrier issue, exacerbated by (understandable) shortcomings in Google Translate, but it’s impossible not to love the official blurb about First Person Soba: “For Japanese businessmen, being late to the company means death. Skipping breakfast also means death.” 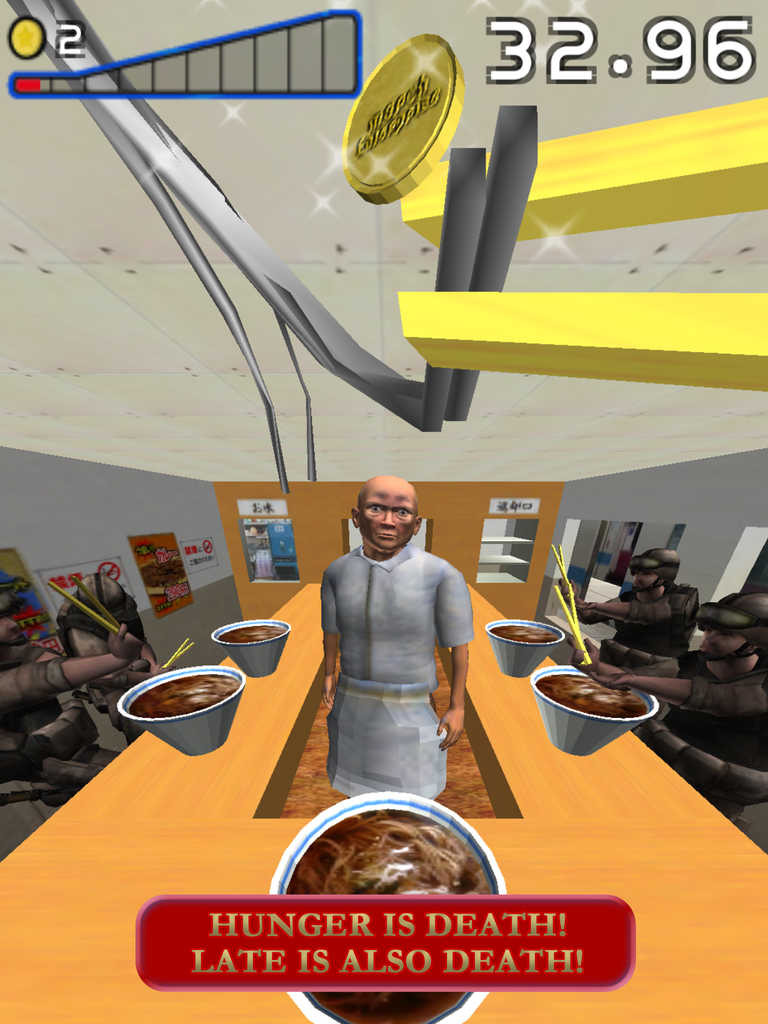 First Person Soba places you on the platform of a fictional train station, headed for the vibrant and exciting district of Shinjuku. But before you get on the 7:28 AM train, you must eat. This means stopping into the soba cafe on the station, slurping a bowl of noodles as fast as you can before barrel rolling out of the door and onto the waiting train.

“Can you ride being hungry?” asks the game maker. “It means death. You, who can face this daily routine, you are a corporate slave hero!”

Honestly, this game looks deliciously ridiculous, and that just makes it all the more appealing. It’s like a big bowl of soba first thing in the morning. Irresistable.

Out now on the App Store and Google Play.

King of Thieves Comes to Android as an Amazon Exclusive