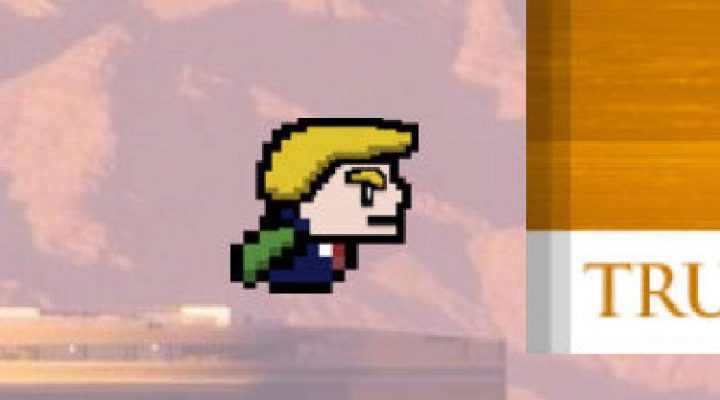 Donald Trump is — well, he’s a piece of work, all right. But underneath all of Trump’s chest-beating and the slogan-barking and the hair that looks like an endangered animal alighted on his head and subsequently died of hate poisoning, what is the billionaire really like?

For instance, what does Trump dream about when he sleeps? Does he ever experience the simple pleasure of the “flying dream” us scrabbling mortals experience from time to time? You’ve probably had it at least once: You simply flap your arms, lift off, and soar the skies like a bird. Then you wake up, realize you’re still a slave to gravity’s whims, and feel simultaneously energized and crestfallen.

We’ll never know too much about the things Trump sees when he sleeps, but one app developer is letting Trump fly via Trumpy Bird, a Flappy Bird clone that lets Trump earn billions by simply staying aloft. 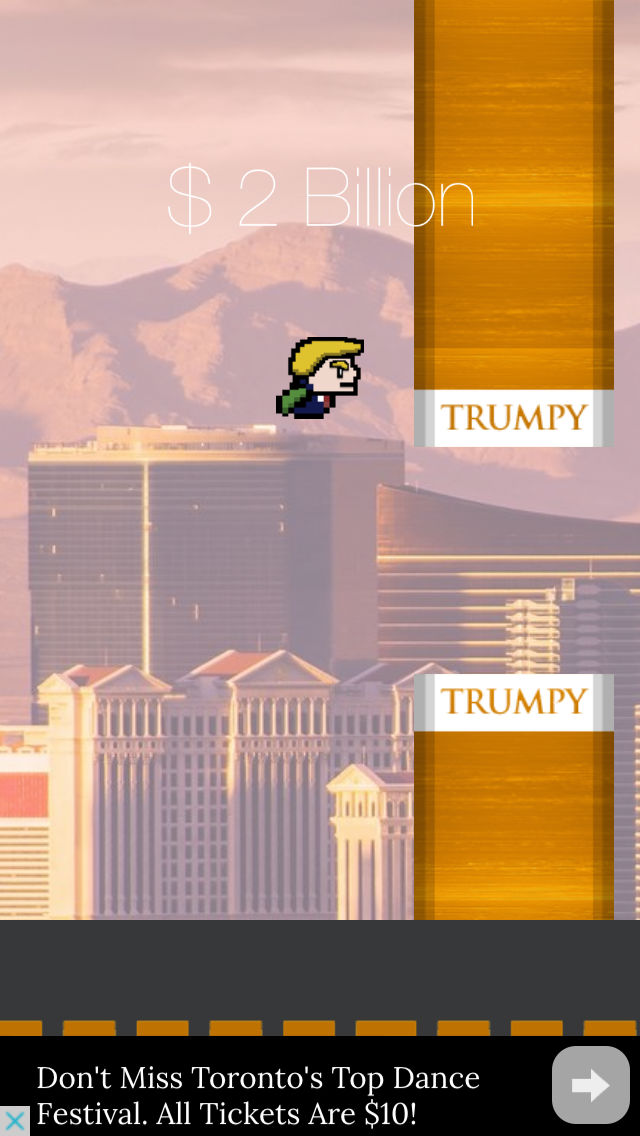 The concept and physics in Trumpy Bird are virtually identical to Flappy Bird’s, but there are some obvious graphical switches. Instead of controlling the now-infamous birdie, you control a scowling Trump sprite. Who flies. By flapping wings made of dollar bills.

Flappy Bird’s iconic pipes are gone, too. In its place are Trump Towers. You earn one billion dollars for each pair you fly through safely. Even if you plant Trump face-first into the side of a tower after a few seconds of play, you should still be able to come home with a cool three billion. Easiest money you’ll ever make.

Like most Flappy Bird clones, Trumpy Bird is blatantly thrown-together. There aren’t even any sound effects (though if the alternative is recycled sound bites, maybe that’s a mercy). The whole shebang is pretty dumb, but it’s also very self-aware. Give it a download, laugh over it with your friends, then weep for the state of the so-called civilized world.

Alto’s Adventure is Coming to Android

Seashine is a Luminous Treat