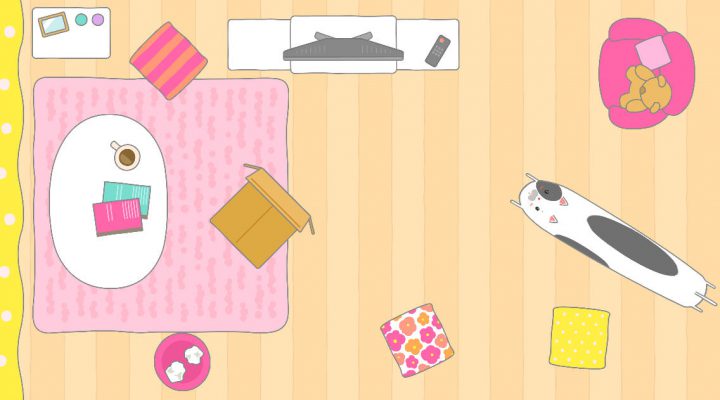 One of the greatest not-so-secret tips to getting someone at Gamezebo to try a game: put a cat in it. On any given day you can find a number of us tending our cat garden in Neko Atsume, pouncing on stars in Nekosan, having oddly intense kitten battles in Cat Puncher, or playing any of the other billion feline-influenced titles available on the App Store. So when we heard there was a game that let you slingshot kitties into their natural habitat, cardboard boxes, we shoved the cat off our lap and downloaded it immediately. (Just kidding; we asked our feline overlord politely if we could try a new game after giving him an obviously deserved treat.) 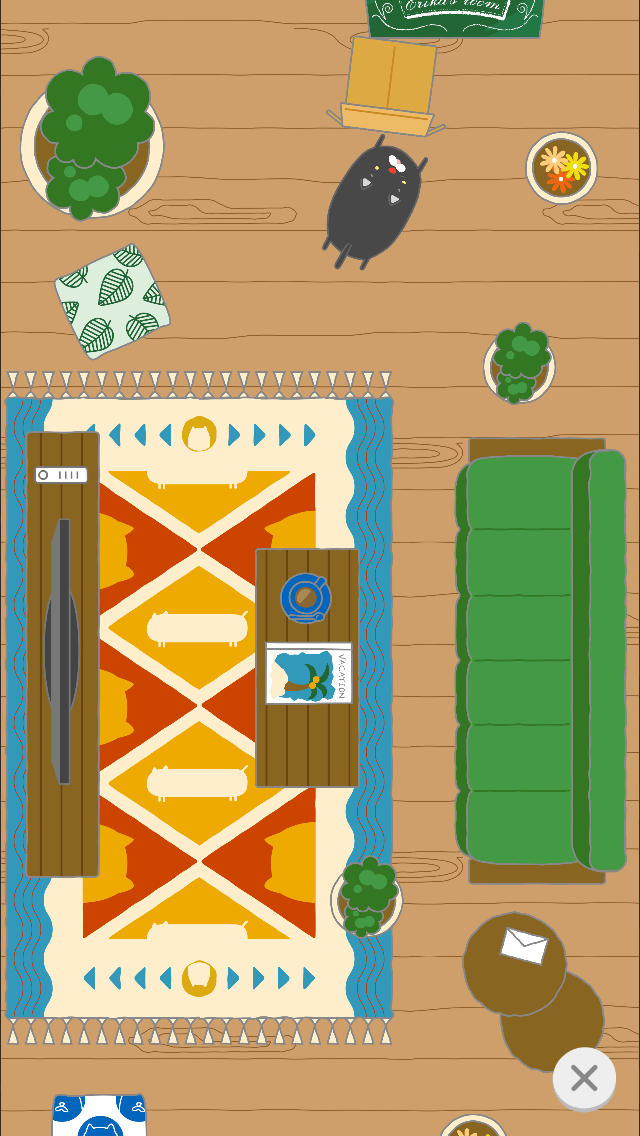 That game, Neko Zusaru, is about as simple as its translated title—“Sliding Kitties”—indicates. You pick a cat from your initial roster, such as white cat Shirotama who is “soft like a rubber ball” or feisty orange cat Toratama whose “signature phrase is ‘Let’s settle this with our fists.’” You then pick a room (there are only three currently and two must be unlocked) to slide in. You’ll receive an overhead view of the room and your chosen cat, with an open cardboard box waiting at the other end.

Your goal is to stretch the cat back and fling it into the cardboard box, bouncing off furniture and other obstacles as necessary. It’s sort of like cat bocce, with your reward being an adorable back half of a cat happily sticking out of a box after a successful slide. Even a failed launch is still fun as you get to watch your cat blob bounce around the room and make little meows each time he hits a chair or cushion.

https://www.youtube.com/watch?v=cFtoZfRlTno
You can unlock larger and more challenging rooms by successfully landing in the box a certain number of times, or you can collect new kitties by snagging their favorite item when it shows up in a room. For instance, you might notice a carrot lying near the television and aim for that instead of the box—collect enough carrots this way and you’ll unlock the bunny-looking cat. (There are actually a lot of bizarre cat-hybrids available in the collection that we can’t quite explain, like the bandaged and bloodied kitty or the one that honestly looks like a cat-faced-Roomba.)

It’s bizarre in that lovable and inexplicable way so many Japanese games are, and while its simple gameplay likely won’t earn it a permanent place on most devices, we’ve been consistently coming back all week for a few more kitty-sliding sessions. Just collecting new cats (who each have a speed, weight, and fluffiness rating in addition to their personal bios) is its own draw, but banking a cat off a couch into a backwards box over one of many adorably cat-patterned rugs has a charm that’s hard to resist.