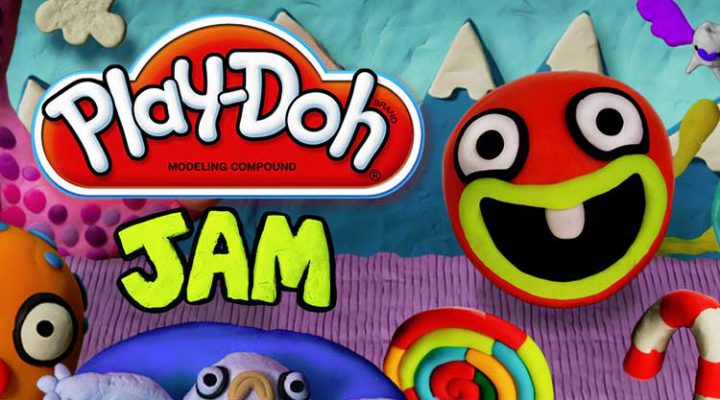 Fat Pebble are the sort of amazingly nifty developer that should be on the tip of everyone’s tongue, but thanks to an incredibly small body of released work, they’re virtually unknown.

It kind of makes me sad.

Their only release so far is Clay Jam, a game about a lump of clay that rolls around the scenery, squishing monsters and growing larger as it collects their masses. And while they have a few other games in the works (they gave me a sneak peek of some concepts earlier this year, and man oh man will they be cool should they come to fruition), we haven’t had an official announcement on a second game quite yet.

So why not give the first one another try?

Published by the Hasbro-owned Backflip Studios, they’ve married the (also Hasbro-owned) PLAY-DOH license with the gameplay of Clay Jam to create the most logical combination since chocolate and PLAY-DOH butter.

Even better, though — this isn’t just a rebranding. These are new creatures, all (we assume) made from PLAY-DOH instead of traditional clay, essentially making this a spin-off to a title we already love.

PLAY-DOH Jam game is available for iOS and Android right now, and is a free download.

Puzzledrome is a Word Game That Uses Shapes Instead of Letters

LowRes Coder Teaches You the BASICs of Game Design