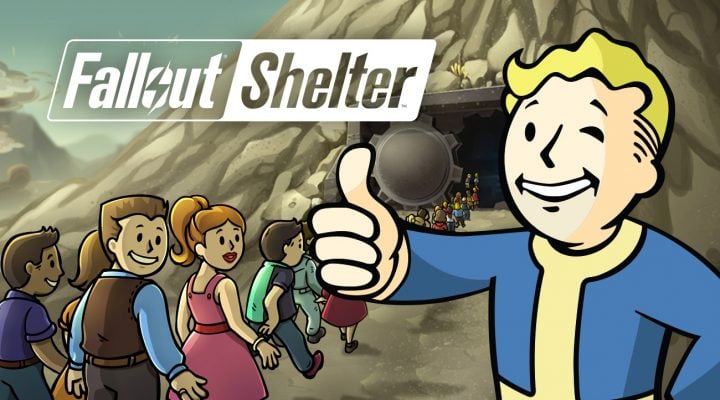 It’s been a great week for new games and updates to existing titles, including everyone’s favorite vault-building sim, Fallout Shelter. Bethesda’s take on the Tiny Tower formula received a significant content update two months ago in the form of Deathclaw attacks, mole rat hordes, and robotic butler Mister Handy. This week introduces a few more reward-focused changes and a new game mode that might give expert players a reason to return to the role of overseer. 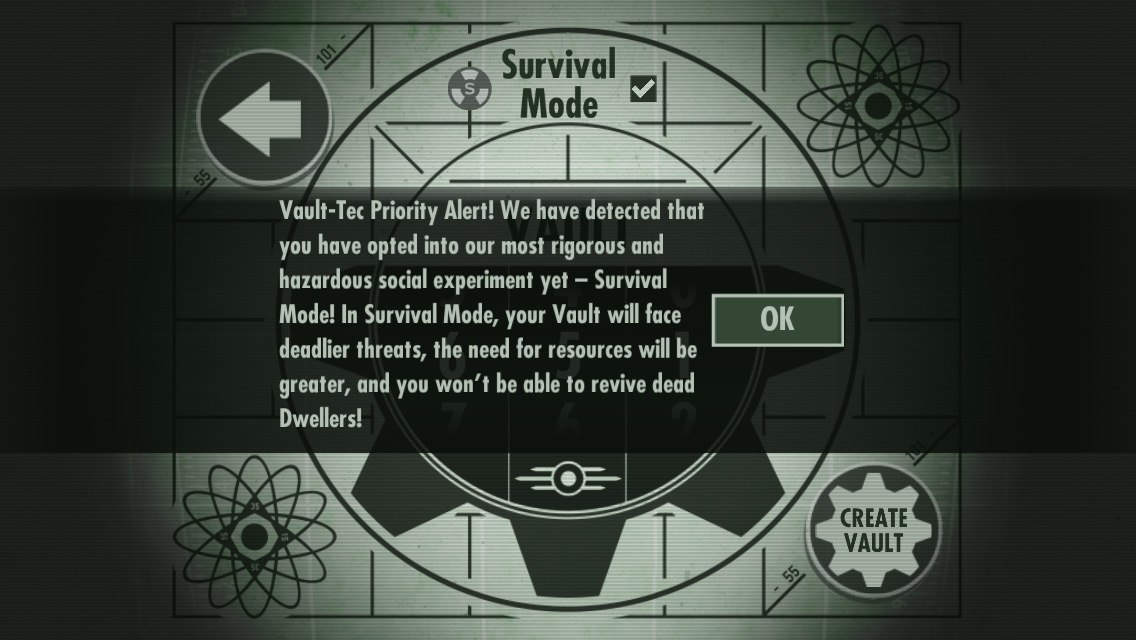 The most significant addition this time around is the new Survival Mode: this game mode can be selected when starting a new vault, and ups the challenge ante significantly. Besides facing stronger enemies and needier residents, players who opt in to Survival Mode will not be able to revive dead dwellers. This means leaving a wanderer to fend on his own in the Wasteland for a week risks forfeiting any sweet loot he’s collected when he stumbles upon a raider camp. And dwellers remaining at home will need strong firepower and a stimpak stockpile to fend off the Deathclaws scratching their way through the vault door—the even stronger Deathclaws. You asked for this, sadistic overseer.

Luckily, if you manage to stomp threats to the vault, you’ll be rewarded with more than just not-dying: this week’s update also introduces the option to loot corpses, a very Fallout feature that’s been sorely missed until now. Dropped raiders (in any mode, not just Survival) can be tapped to earn caps or the occasional piece of equipment. It makes sense that you could pick a pistol off the body lying in your doorway and well, now you can.

Gearing up for November’s Fallout 4 release, newspaper-toting Piper from the upcoming game is making a guest appearance in Fallout Shelter. Piper is the second Fallout 4 crossover character, but she seems more excited to be here. Instead of being a random unlock in lunchboxes, Piper actually showed up at our vault door and requested to move in—bringing a gift of five free lunchboxes with her. 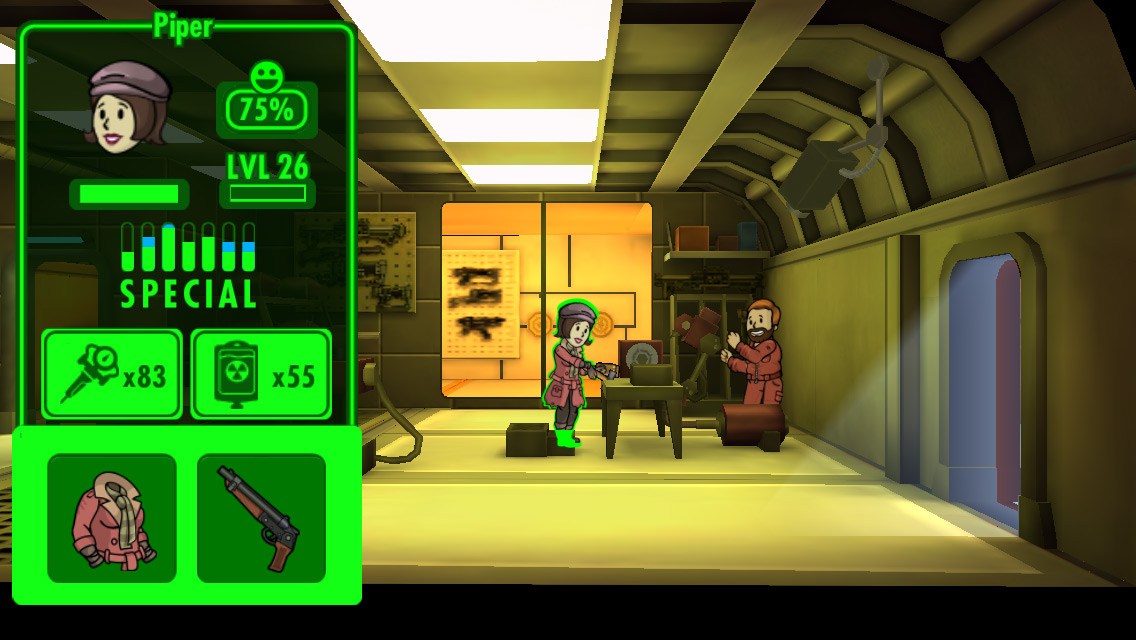 It seems like Piper’s auto-appearance is limited to one vault per game, however, so be sure you’re playing on your preferred save file after updating. Even if you’re at max capacity and don’t really want another mouth to feed, it’s worth making room for Piper: her armor, “Piper’s Outfit,” adds +2 to Perception, Endurance, Agility, and Luck and can be worn by any female character. Not that we’re encouraging stealing Piper’s jacket and sending her out into the desolate Wasteland unarmed or anything.

There are a handful of other small changes, including the Mysterious Stranger—who randomly shows up and awards caps—the addition of cloud support, a new sound when moving vault dwellers (odd, but not really consequential), and a new stats page. We’re big fans of this last feature, which not only confirmed our obsession with the game by tallying our total playtime, but also features other fun statistics like your dwellers’ average S.P.E.C.I.A.L. scores and total number of elevator rides. The stats are a strange mix of “all time” and “since the update” with no discernible reason for one over the other, but it’s nice to see some hard number recognition of the hours…and hours…we’ve spent playing overseer.

Fallout Shelter is free to download and become hopelessly addicted to on the App Store and Google Play.

Why You Should Play Pink Heaven (and Kero Blaster)