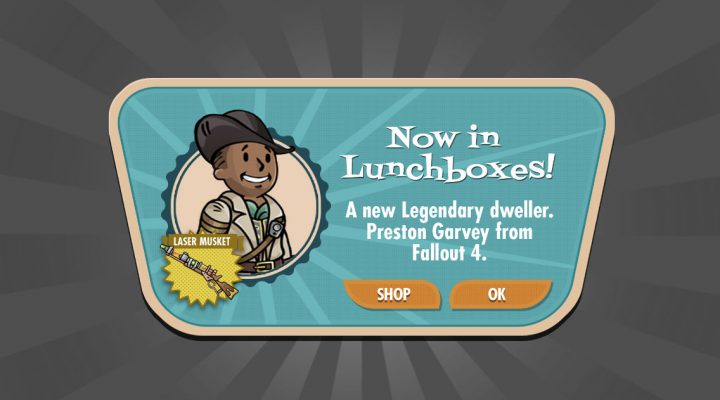 Legendary Dweller Preston Garvey is a member of Fallout 4’s Commonwealth Minutemen. He’s armed with the oh-so futuristic / oh-so retro laser musket. Other Vault dwellers are able to equip the weapon, though they have to pry it out of his cold, dead hands first. That’s usually not a problem in the irradiated world of Fallout, mind you. 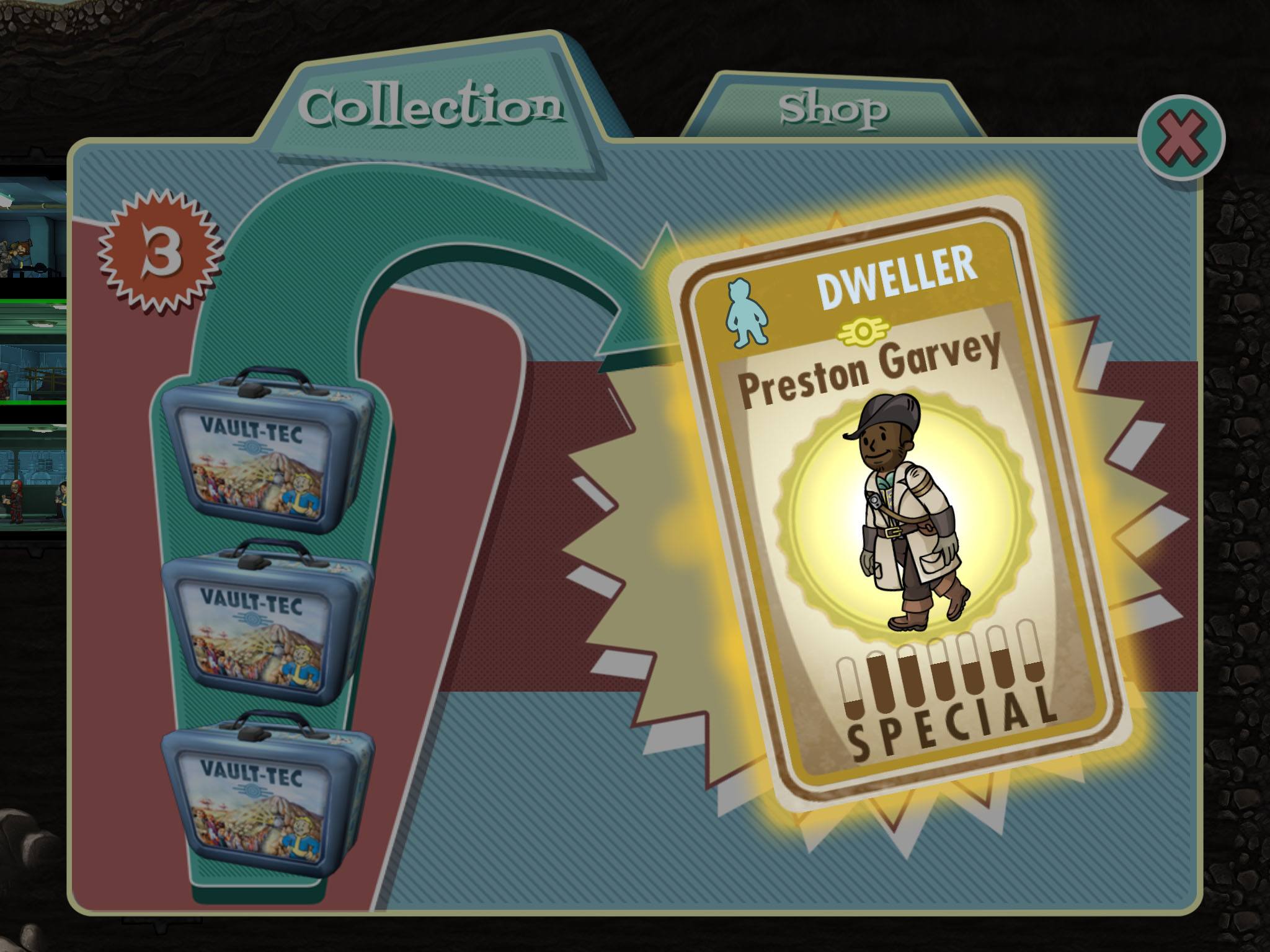 You should be able to find Preston Garvey and his trusty musket in one of Fallout Shelter’s lunchboxes. Warning: Do not eat him.

Fallout Shelter is available for free on iOS. Fallout 4 comes to PC, PlayStation 4, and Xbox One on November 10.