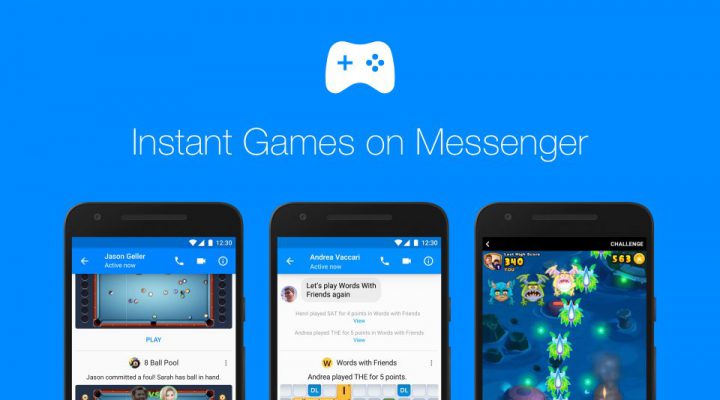 Remember back in the day when you played all of your casual games on Facebook? The social media giant would really like you to play games with it again, but in its Messenger app instead, and it knows you most likely already use that app. Facebook took its biggest step to date in pushing Messenger as a gaming platform today by announcing it was rolling out Instant Games on Messenger worldwide, putting a potential audience of 1.2 billion people within reach of its titles.

Yes, that’s billion. With a ‘b.’ That pretty much puts all other discussions of install bases to shame, especially since we’re talking about both iOS and Android users.

One of the features that Facebook is heavily touting within Instant Games is the use of Game bots “to help game makers surface exciting features like new levels and rewards.” Think of them as smarter notifications, ways to make sure gamers know about what’s new.

Games within Messenger can also now take advantage of turn-based gameplay, perfect for titles like Words With Friends, which you can now play right inside the app. It’s not hard to imagine ways that various developers can make use of all the new functionality Instant games provides, and of course, anyone would be envious of the audience Messenger brings to the table.

Facebook says that there could be up to 50 titles available for users in Instant Games depending on where they live, with more like Miniclip’s 8 Ball Pool coming soon. Look for the roll out to be done in stages over the next few weeks and give you that much more reason to keep your Messenger app open — which is kind of the point.