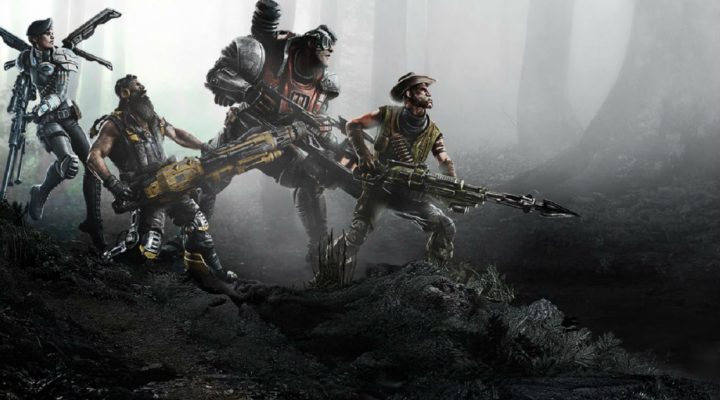 2K Games’ upcoming console game Evolve is a multiplayer affair that’s all about dogpiling. Four player-controlled hunters take on a considerably larger, spikier player-controlled monster. While the hunters technically shouldn’t be more than a mouthful to some of the alien beasts available for play, some pretty wicked weapons balance out natural fire-breathing powers quite well.

Evolve is due out for Xbox One, PlayStation 4, and Windows on February 10 — but hunting bipedal dragons with teeth like railroad spikes takes a bit of a warm-up, and that’s what Evolve: Hunters Quest is all about.

This match-three / battle game  requires you to make matches of three or more in order to do damage to big alien jerks. It plays quite a bit like GungHo’s Puzzle & Dragons, another game that revolves around allied warriors taking down nasty threats with the power of colored jewels.

Playing Evolve: Hunters Quest earns you “Mystery Points,” which you can use to rank up your player in the console / PC game. How does it work? We don’t know yet. That’s part of the mystery!

Evolve: Hunters Quest is free to download for iOS and Android.

Sons of Anarchy: The Prospect Has Debuted on the App Store

Titans: A Card Battle Game with an Ace up Its Sleeve