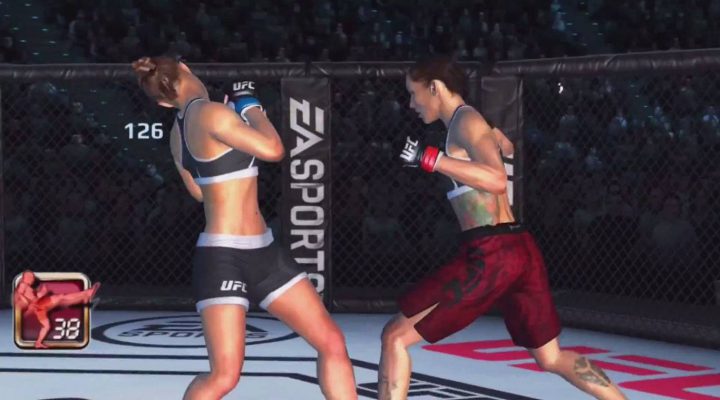 I pride myself on my honesty, and as such, I have to make a shocking confession to you: I’ve never seen a UFC match. I think the closest I’ve come is watching two squirrels fighting over the same nut on my front lawn, but that hardly compares — rodents have zero ground game.

Humans do, though — and not just the men. Ronda Rousey is one of the biggest stars of the sport, and as of today she’s now playable in EA Sports UFC Mobile for iOS and Android. And she’s not alone, either. She’s one of seven women from the league’s Bantam Division that are available for play in the game’s latest update. Specifically, she’s joined by Holly Holm, Miesha Tate, Cat Zingano, Sara McMann, Sarah Kaufman, and Liz Carmouche.

I don’t know who any of these people are. Again, I just know squirrels.

If your level of knowledge isn’t much greater than mine, but you still find yourself enjoying the mobile version, there are some other tweaks in the latest update that should wow you instead. EA have promised improved graphics, performance boosts, and “200 new levels and fighter progression for the new division.”

Kim Kardashian: Hollywood Update Lets You Get Frisky, Have Babies