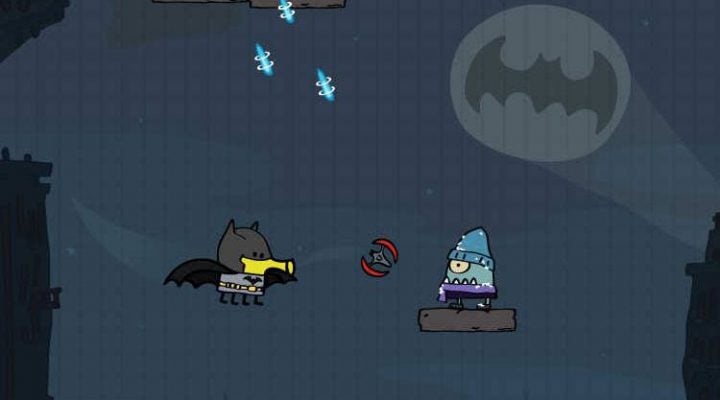 Lima Sky is a developer that seems to live by a single, simple creed: “why mess with a good thing?” The creators of Doodle Jump have been making and remaking the same game since 2009, and considering how big a hit the original was, who can blame them?

Their latest rehashing of Doodle Jump brings Batman and friends into the mix with Doodle Jump DC Super Heroes. Players will endlessly jump as Batman (Batdoodler?) as he encounters a variety of villains, from The Joker to Mr. Freeze.

The Batman content is only the first of several planned updates, with Superman and Wonder Woman being confirmed as additions down the line.

Doodle Jump DC Super Heroes is available for free on iOS and will be coming to Android in 2015. If you’re a fan of Doodle Jump, you know what you’re getting into already. And while nothing will ever top Doodle Jump Arcade in my humble opinion, there’s enough Bat-love in my heart to give this a download at the low low price of free.

Doctor Who: Legacy Adds Tom Baker, Now Has ALL THE DOCTORS