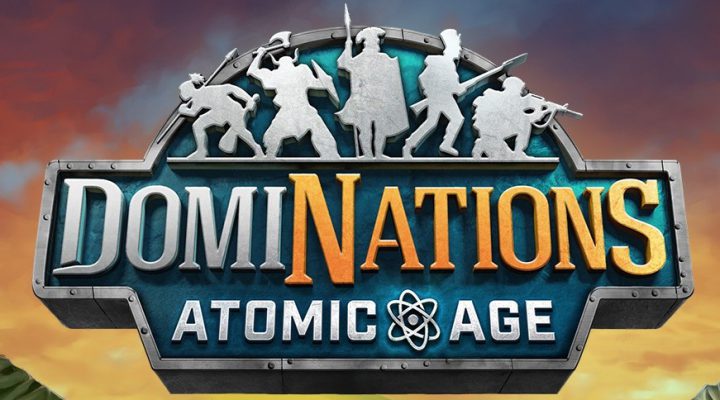 The immensely popular game DomiNations is about to take players to a new age within its epic battle through history. The newly released Atomic Age update covers the decade after World War II and features new wonders, weapons, and warriors. Gamezebo got a preview of the Atomic Age update and there’s a lot to be excited about—especially for offensive players.

There are four new Wonders including the United Nations, The Pentagon, The Atomium and Sydney Opera House, that will appeal to different types of players. For defensive players, the United Nations deploys a “peacekeeping force” when destroyed, which includes all of the unique units from all of the nations. It also provides bonus National Trade Goods each day. 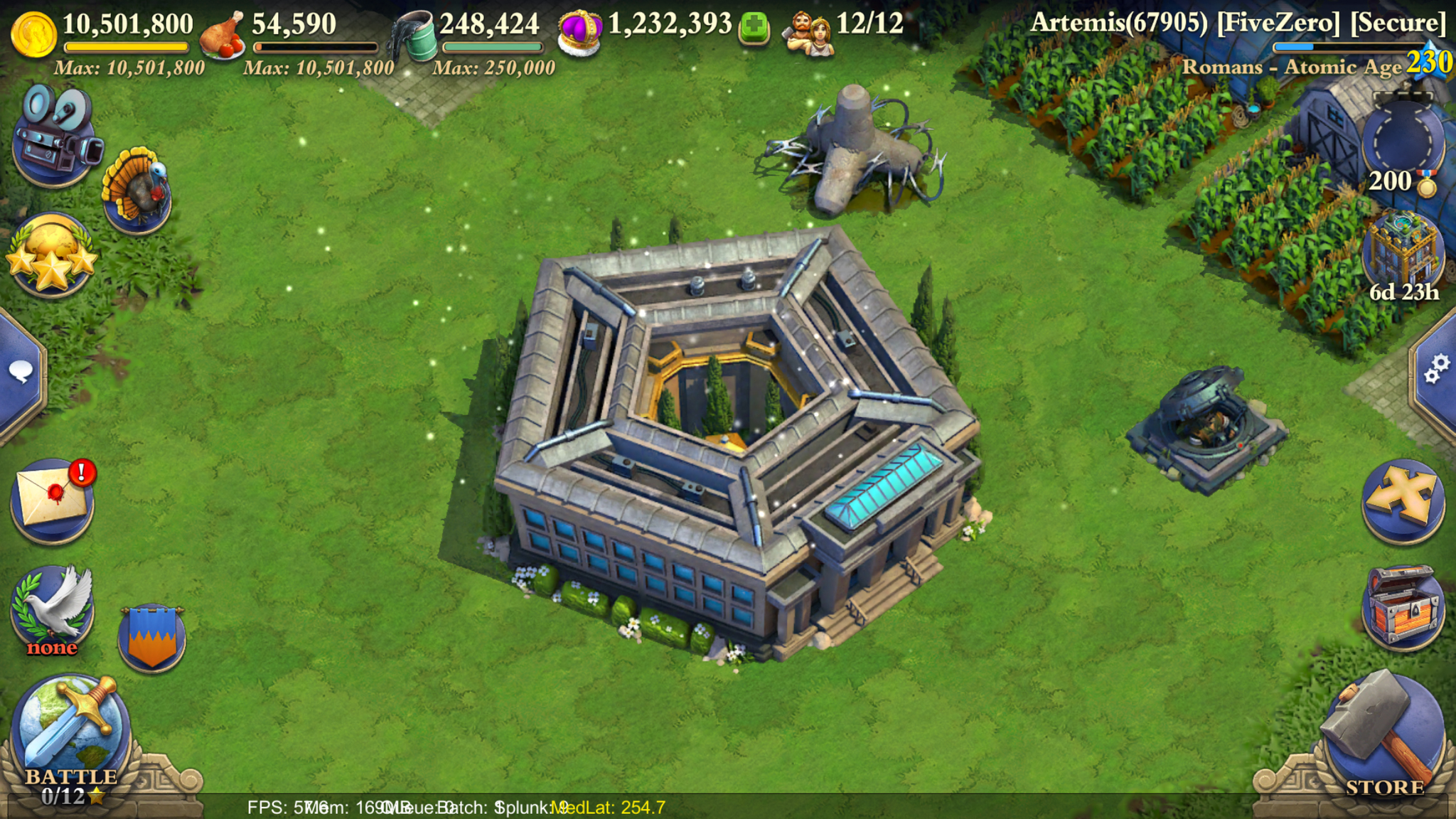 For offensive players who like to battle several times in a row, the Pentagon will be the Wonder for them. Airstrip units used to be the thorn in the side of quick trainers because of their sloooooow retrain time and no blessing to help out. Losing an airstrip unit would always mean a long wait before you had your starting lineup back in business. The Pentagon offers a 20% speed boost to the training time of airstrip units, which will definitely help offensive players. For another little boost, folks who choose the Pentagon will also get a third general—though this one can only be used defensively. 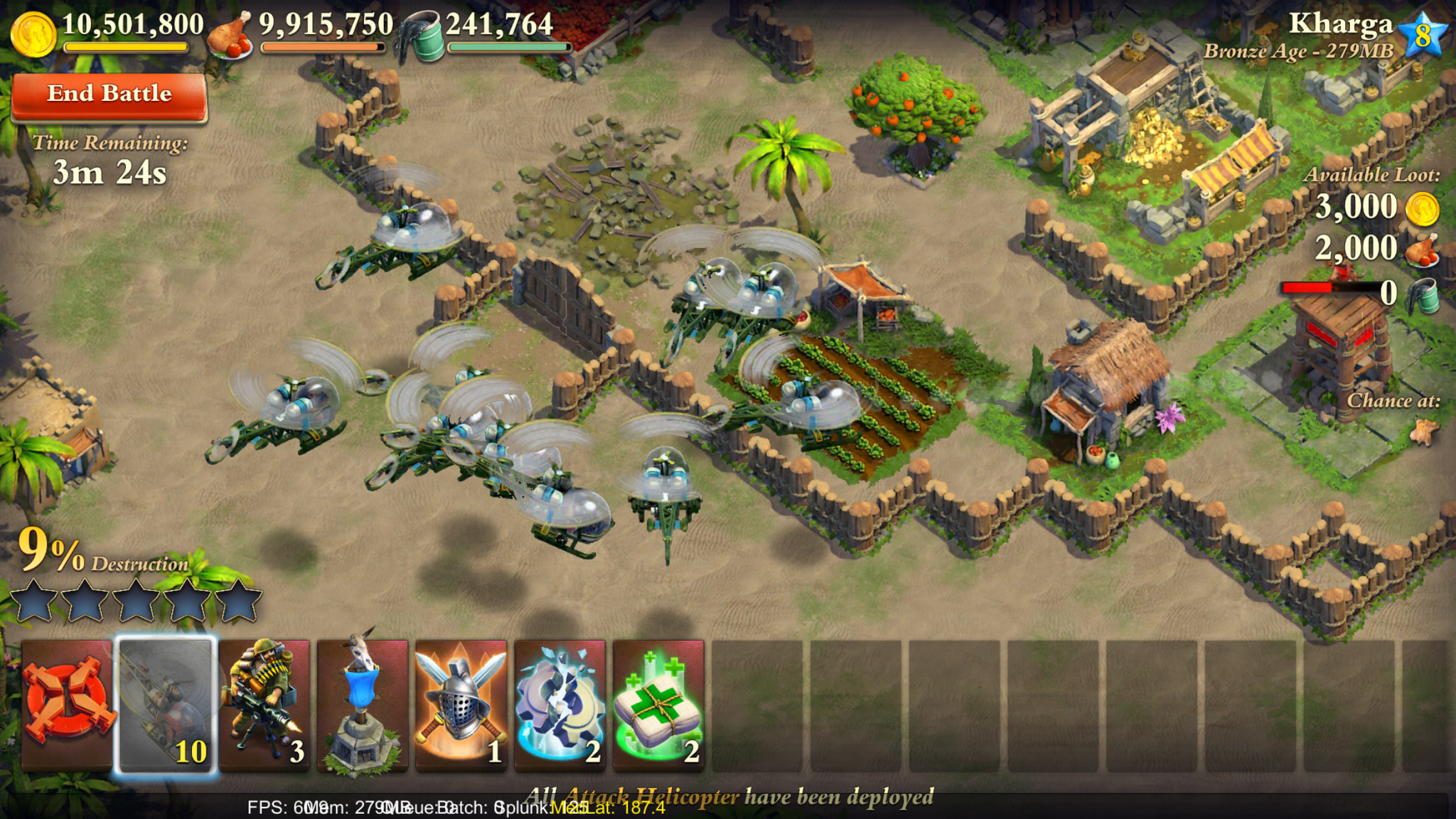 Now imagine if you could take a moving tower into battle when raiding. Well, the new Helicopter is the attack unit for you! It has a range that’s like a tower, so you can stay at a safe distance while attacking, though beware its lower hitpoints. In a straight duel, a defending tower will beat your new helicopter, but if you keep your ground troops rallied together when attacking, they’ll absorb the fire from defensive buildings while your helicopter can keep attacking from that safe distance. But watch out because if you leave the helicopters alone without ground troops to keep defensive buildings busy, you’ll lose them pretty quickly. 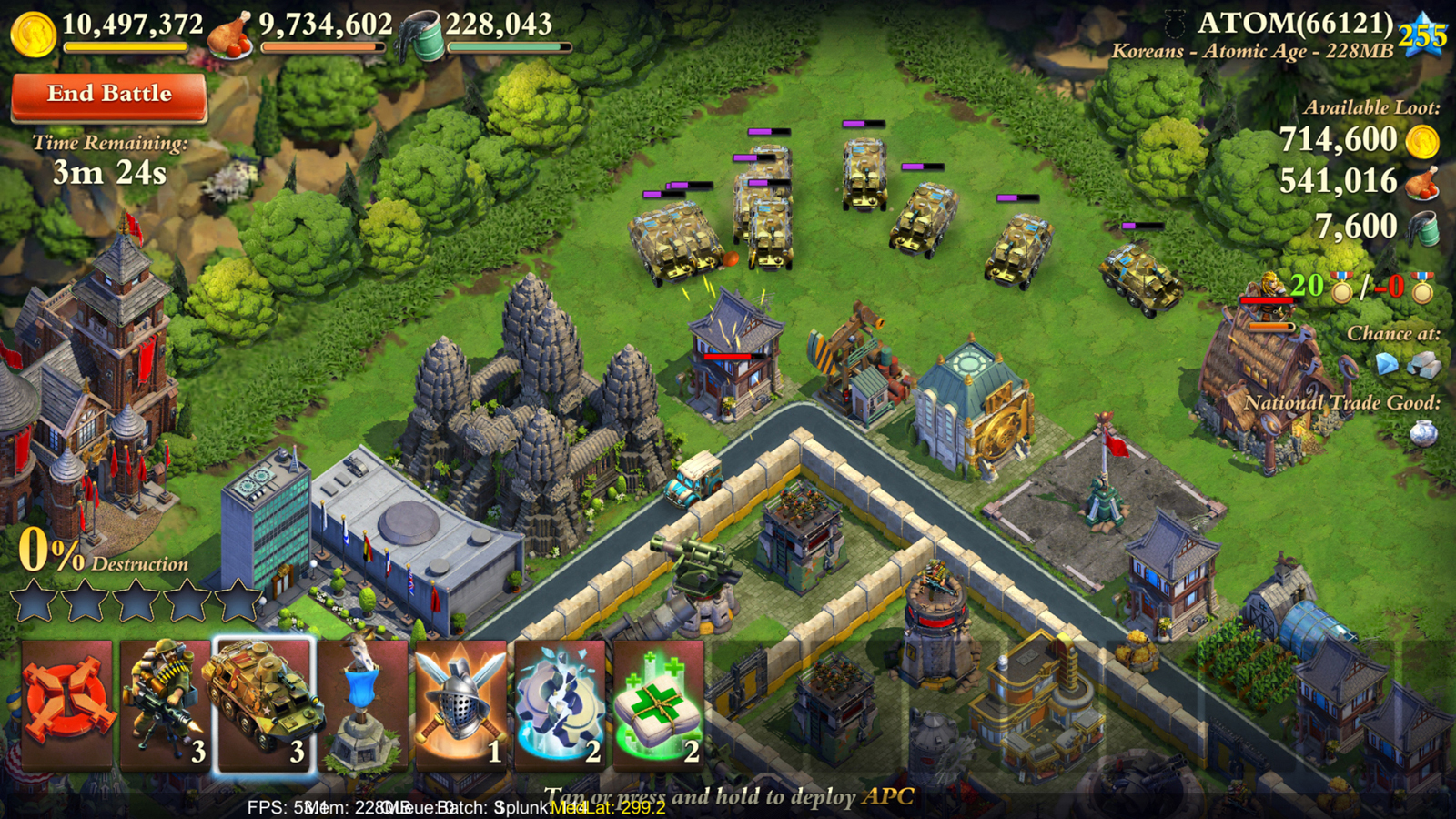 The new Armored Personnel Carrier (APC) addresses the commodity of limited troops. Though you could always heal troops with a truck if needed, you ultimately couldn’t get more ground troops than what you initially brought. The APC takes care of this limitation by deploying two infantry every 9 seconds, while also doing a little damage on its own. If you bring two into battle, you can stagger their deployment to decrease that cool-down even more. If your style of play uses a high number of infantry to do damage, you’ll want to experiment with the APC. Just be aware that it is vulnerable to defenses and requires 12 units of troop space.

We are also excited about the new mercenary—the Tank Destroyer. It has very high hit points and does a lot of damage to tanks, so it’s like having a little mobile anti-tank gun when you’re on the offensive. Enjoy the new update!