Home / Play / DEFENOID is an Intense Arcade Mash-Up of Everything

DEFENOID is an Intense Arcade Mash-Up of Everything 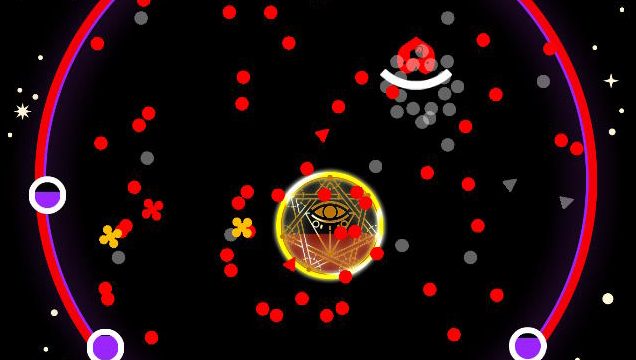 DEFENOID by MMZZUU Company plays a bit like Arkanoid set inside Asteroids if it took place within a sumo ring surrounded by defensive turrets. It’s a crazy fast-paced arcade bullet hell dodger that is both painfully difficult and ridiculously fun.

You control a free-floating character (a surprisingly cheerful heart to start) trapped inside a circle of death. Your only ability is to move in any direction via the virtual control stick, including both across the circle or rotating where you’re facing. This is crucial since your character has a sturdy shield attached to its front but is entirely vulnerable anywhere else.

Turrets will spawn on and orbit the arena’s border, spewing red bullets that must be dodged. If you deflect a bullet with your shield, it will turn gray and become harmless to you but deadly to any enemies it hits. After a short time of dodging and, hopefully, defeating turrets with their own returned ammunition, a boss will spawn inside the circle. Bosses have a variety of skills and attack patterns, ranging from launching themselves at you to turning invisible while shooting an array of lasers. Being hit by a boss’s attack or its body will end your run, and turrets continue spawning during these battles and lacing you from the edge of the map.

Thankfully, besides just deflecting bullets, you’ll also have access to a special attack by picking up the “S” block that spawns randomly but generously often. Each character has a different type of special: the starting heart shoots its own bullets in a constant stream from the front, the orange clover drops bombs that explode into dozens of haphazard pieces of shrapnel, the yellow shield gets a special barrier that protects him on all sides. There are over 30 different characters to earn via gacha with coins picked up while playing and each has an adorably goofy look on its face while flitting about the death-filled danger zone. 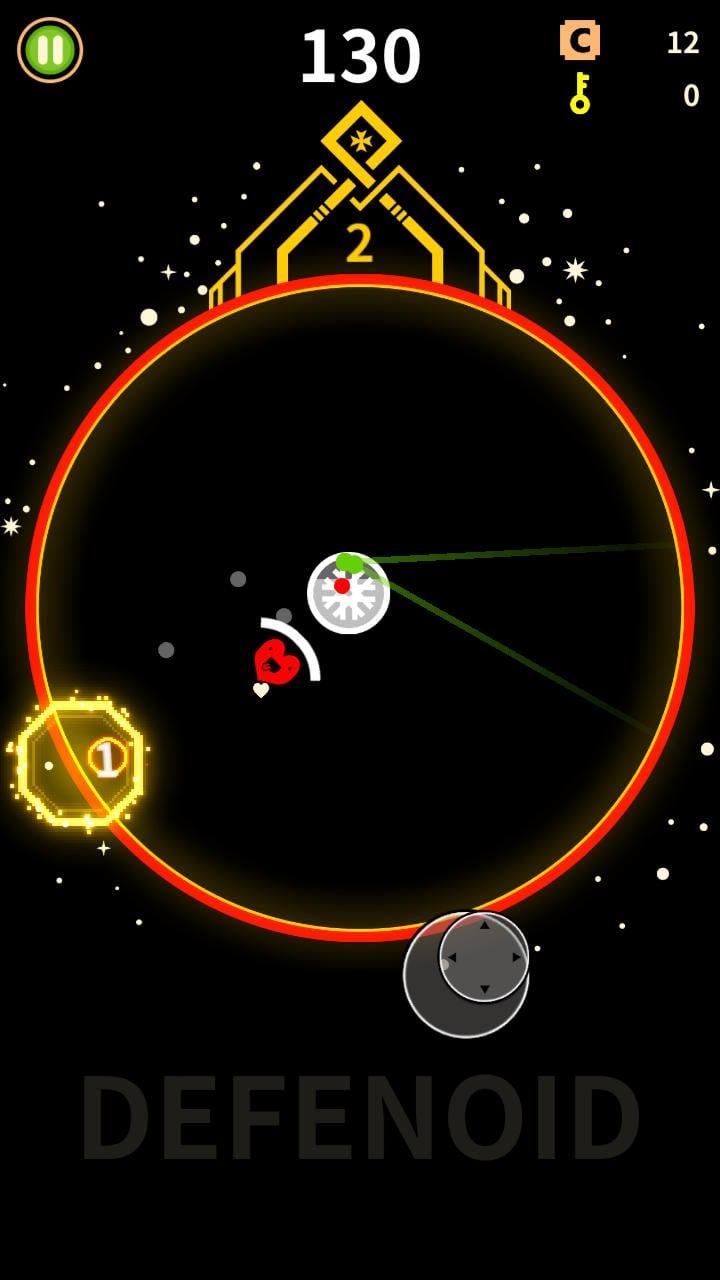 It’s extremely frantic, fast-paced, and hard to put down. We’ve been enjoying earning very low scores in DEFENOID this week, but it’s definitely a game you will get better at with time (and a character you’re comfortable with). While the developer’s website mentions an iOS release, we’ve been told that won’t happen until September. DEFENOID is available to download now on Google Play.

The Builder Says Sad, Musical Goodbye to Clash of Clans