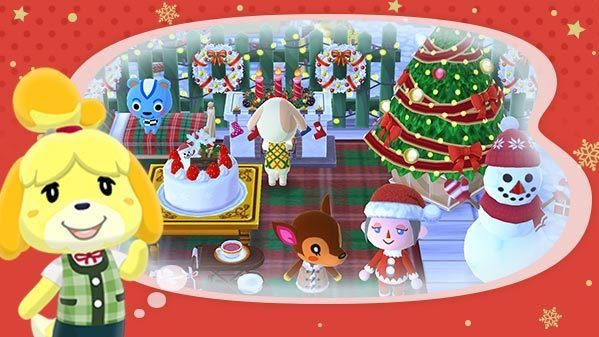 Animal Crossing: Pocket Camp officially launched one week ago, bringing the charm and relaxing gameplay of the core series to iOS and Android. While it is scaled down and more streamlined than its console siblings, we hoped that Nintendo would use the opportunity for regular updates on mobile to bring more items, characters, and events to the game over time. The latter of these wishes has already come true with the kickoff of the first in-game seasonal event this week, which brings Christmas decorations and clothing to Pocket Camp. 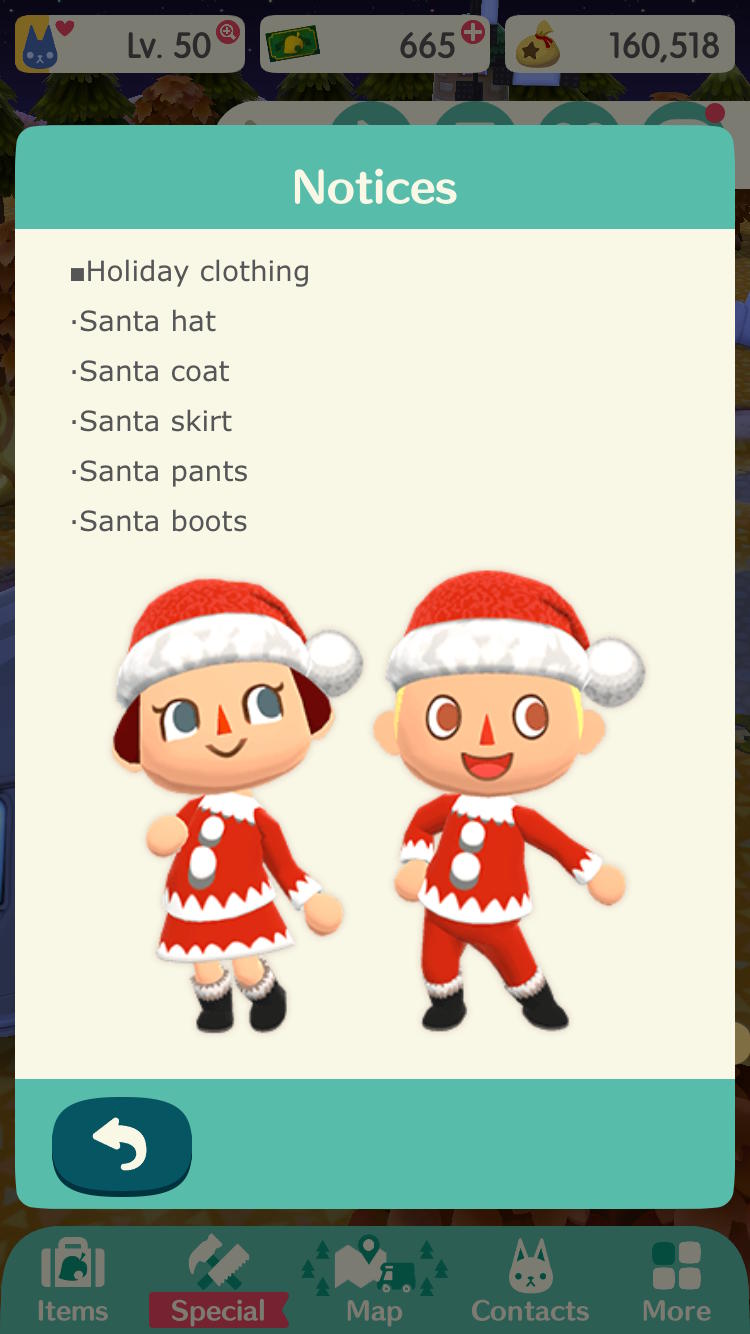 Upon logging in anytime today—the event officially began at 1AM EST—players will find a few changes in their game. To begin with, a free Santa Hat is waiting in everyone’s mailbox, and there are four other pieces of Santa gear available to earn to complete your jolly ensemble. There is a long list of new Timed Goals given by Isabelle in addition to the usual daily three: instead of a 24-hour time limit, however, these goals can be completed anytime in the next 25 days. They primarily involve completing requests for animals and crafting new, holiday-specific furniture. 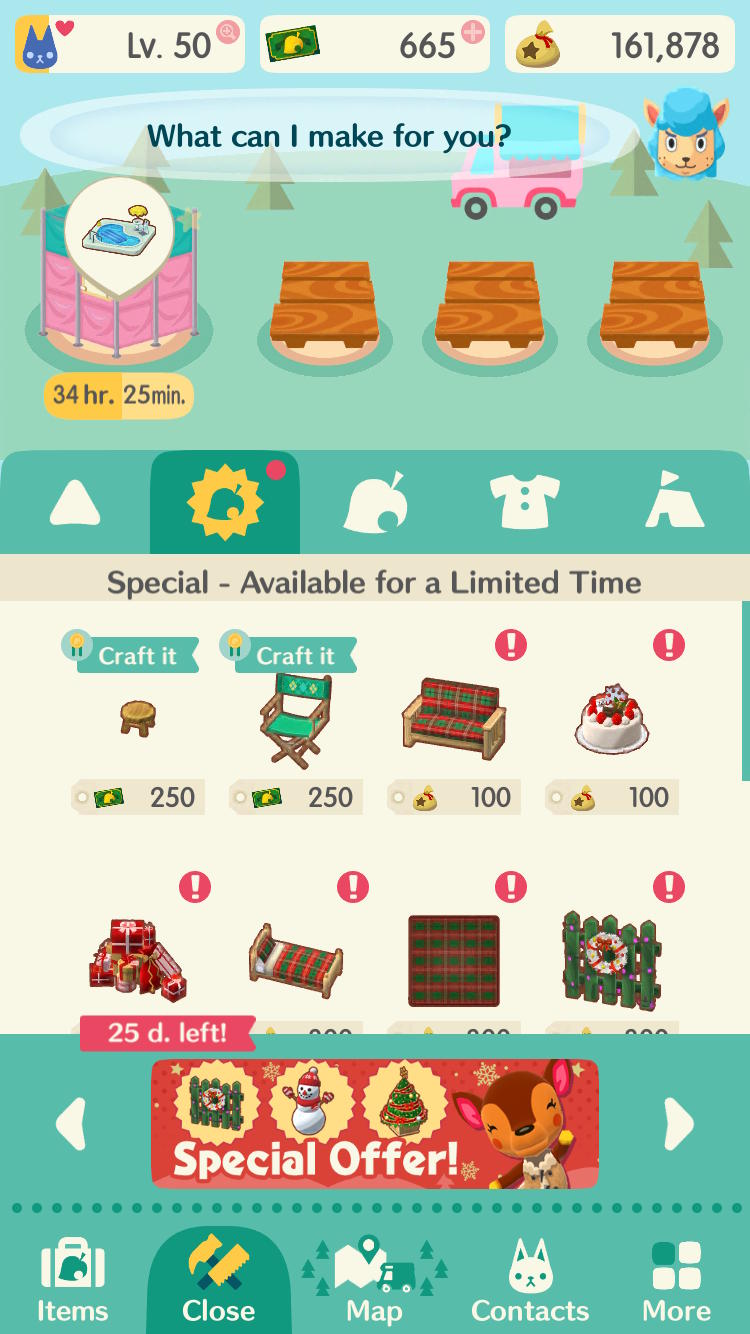 That new furniture is the other major addition gained from this event. There are eleven new items available in Cyrus’ craft catalogue, each with a Christmas or wintry theme. They include a Mountain of Presents, a Jingle Snow Globe, a Festive Bow Tree, and—as an essential Animal Crossing inclusion—a Three-Ball Snowman. Unlike the rest of the catalogue items which require materials like Steel, Wood, and Cotton to be built, the holiday items only need Candy Canes (and Bells and time) to be crafted. This special holiday-specific material can be earned by finishing the new Timed Goals or completing requests for animal campers.

Based on the 25-day time limit for Isabelle’s goals as well as the in-game notice of a “limited-time holiday event,” we assume that these items will no longer be available to be crafted after December 25th. If you want to decorate your Campsite with holiday cheer and snag all of Santa’s gear, be sure you start crafting before Christmas.